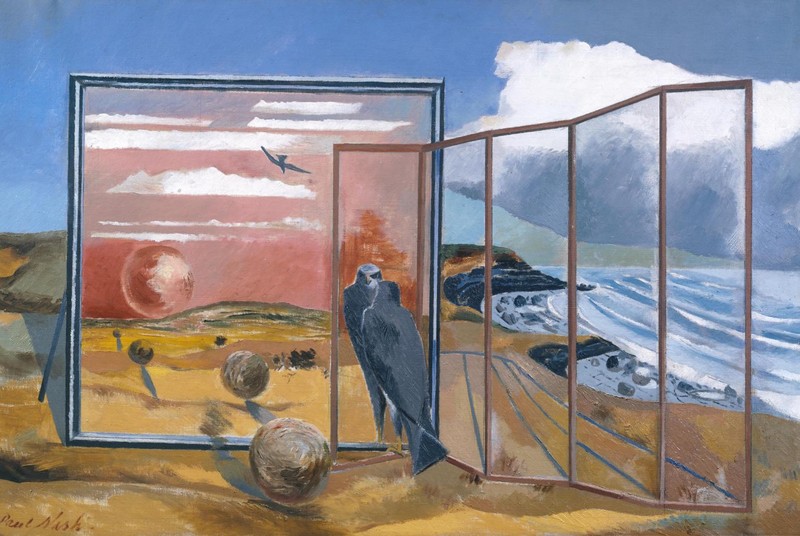 For the poets and artists of the surrealist movement, dreams stood for all aspects of the world repressed by rationalism and convention.
Surrealism was distinguished among twentieth-century art movements for its longevity, embodied in André Breton, who wrote the First Manifesto of Surrealism in 1924 and remained at its heart until his death in 1966. Initially stimulated by Sigmund Freud’s theories of the unconscious mind, Breton and his associates looked to dreams to release hidden desires and irrational love, the delirium of obsession and madness. Ultimately, they saw the dream as a revolutionary force, and attempted to reconcile the liberation of desire with the political liberation envisaged by Karl Marx.
The ‘revolution of the mind’ sought by surrealism drew upon the uncensored creative impulses of the unconscious. This ensured that it never became a style. Artists such as René Magritte or Salvador Dalí used the imagery of dreams themselves as a source for their work. For others, including Joan Miró and Jean Arp, automatic techniques of drawing or writing without premeditated themes or correction opened a floating world of abstract associations. They even captured such unexpected conjunctions in the way that they mounted their exhibitions. The International Surrealist Exhibition of 1936 introduced the movement to London with dissimilar works set densely against each other. This display follows the same method to plunge into what the surrealist poet Louis Aragon called ‘a wave of dreams’.