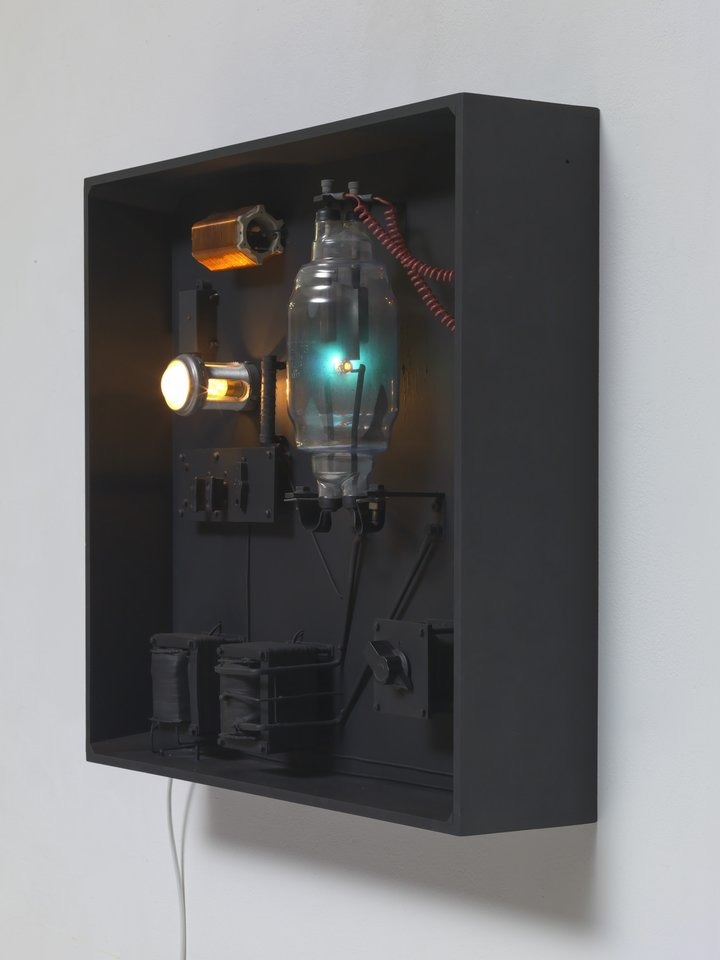 Takis sought out the essential poetry and beauty of the electromagnetic universe. He was one of the most original artistic voices in Europe from the 1960s and remained a pioneering figure throughout his life.

This the largest exhibition of Takis's work ever held in the UK, bringing together over 70 works. Throughout his career he produced antennae-like sculptures called Signals, and musical devices using magnets, electricity and viewer participation to generate resonant and random sounds. Such inventions earned Takis the admiration of the international avant-garde, ranging from the American Beat poets to artists such as Marcel Duchamp.

At Tate Modern visitors will encounter forests of Signal sculptures and magnetic objects inspired by radar. The thunderous sounds of Takis’s Musicales, his Silver Musical Sphere and his Gong will complete the journey.

In affectionate memory of Takis, 25 October 1925 – 9 August 2019
We are deeply saddened to hear of the death of Takis. His uniquely poetic and endlessly inventive spirit will be missed by all those who knew him, as well as by the many more who encountered his art. It was a great privilege for all of us at Tate Modern to have worked with him on this exhibition. Using magnetism, light and sound as his raw materials, Takis’s audacious sculptures were a radical break from convention. I’m sure he will continue to be an inspiration to artists for generations to come.