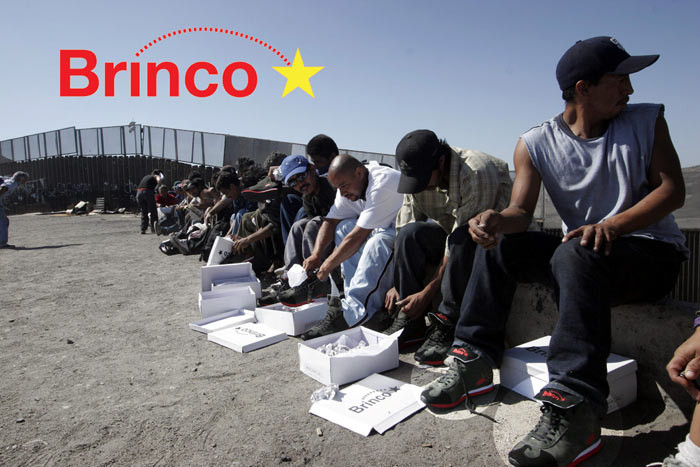 Addressing issues from celebrity culture to migration, the service industry and privatisation, The Irresistible Force explores the seductions and contradictions of systems of exchange. Artists in this exhibition reflect on the realignment of cultural values and traditions by globalisation and market forces.

The Irresistible Force examines how economic forces shape our lives, as cultural values and traditions are realigned by global capitalism. The title of the exhibition is deliberately ambiguous. Is The Irresistible Force an advertising catchphrase for an intoxicating lifestyle choice, or a Marxist slogan proclaiming the inevitable overthrow of capitalism by revolution?

The movement of manufacturing from regulated industries in the West to union-free factories in the developing world is mirrored by the flood of cheap goods back into Western consumer societies. Yet while capital and commodities flow relatively freely across borders, the movement of labour remains strictly controlled. These and other issues relating to the new global economy are explored by international artists Conrad Bakker, Matei Bejenaru, Tim Davis, Claire Fontaine, Mika Rottenberg, Michael Stevenson and Judi Werthein.

The Irresistible Force is the first in a series of four related exhibitions in the Level 2 Gallery, Tate Modern’s dedicated space for emerging international artists. The series will explore ideas of citizenship through themes of economy, belief, the state and the individual. The Level 2 Gallery programme is conceived and led by Tate Modern’s Assistant Curators, in dialogue with Catherine Wood, Curator. Stewart Home is writer-in-residence for the year.