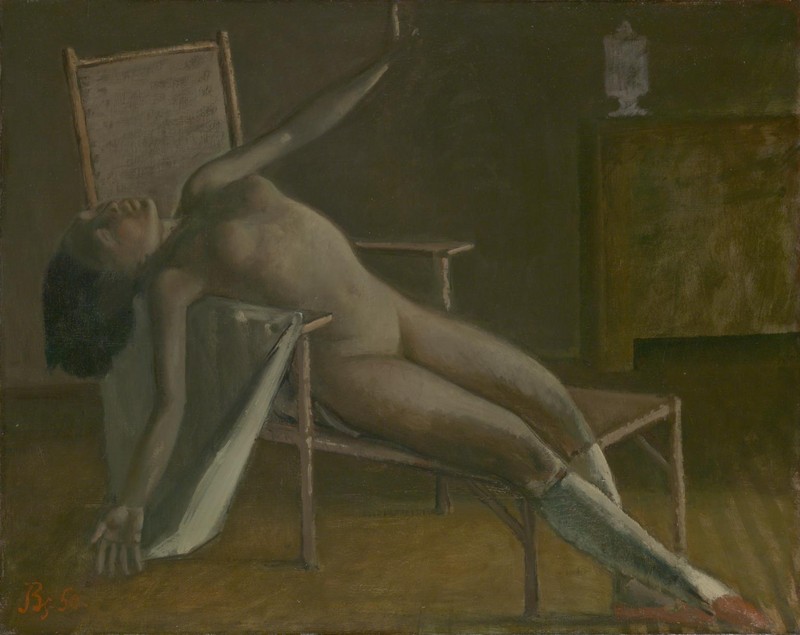 The works gathered in this room explore the reclining nude as a tradition reinvented in the light of twentieth-century sexual openness.

The reclining female nude was a popular subject in nineteenth-century French painting. The odalisque – originally meaning a slave in a Turkish harem – was often placed in an exotic setting, with suggestions of sexual submissiveness. In the twentieth century, artists were able to present sexuality more frankly, without the orientalist trappings of their predecessors. At the same time, their depiction of sensual attraction was complicated by Freud’s uncovering of repressed subconscious drives with which the surrealists, in particular, were fascinated.
Whether in painting or sculpture, Henri Matisse regarded the reclining nude as a form around which a composition could be constructed, its curves becoming angular and more abstracted. By contrast, Henri Laurens’s sculpture Autumn allows the body to burgeon into ripe, fruitful forms.