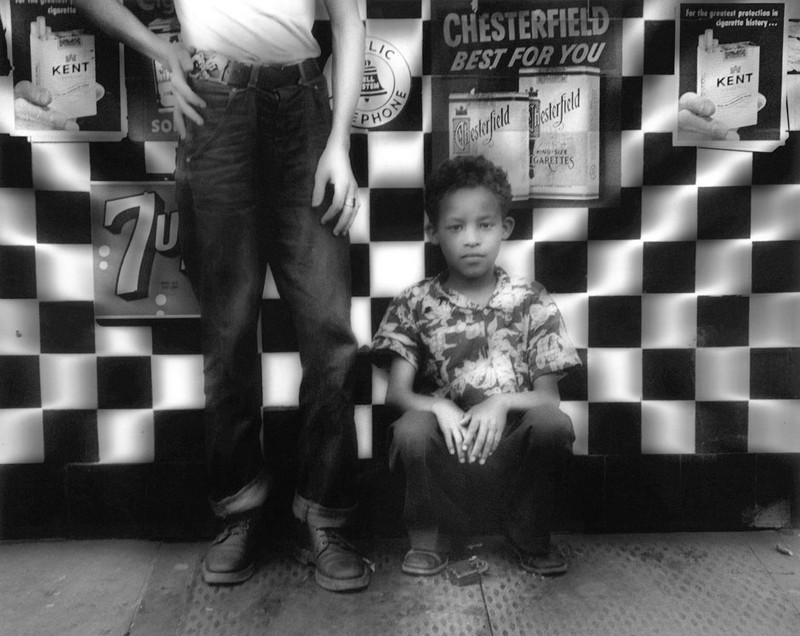 William Klein
Candy Store
New York, 1955
Explore modern urban life in New York and Tokyo through the photographs of William Klein and Daido Moriyama. This is the first exhibition to look at the relationship between the work of influential photographer and filmmaker Klein, and that of Moriyama, the most celebrated photographer to emerge from the Japanese Provoke movement of the 1960s.

With work from the 1950s to the present day, the exhibition demonstrates the visual affinity between their urgent, blurred and grainy style of photography and also their shared desire to convey street life and political protest, from anti-war demonstrations and gay pride marches to the effects of globalisation and urban deprivation.

The exhibition also considers the medium and dissemination of photography itself, exploring the central role of the photo-book in avant-garde photography and the pioneering use of graphic design within these publications. As well the issues of Provoke magazine in which Moriyama and his contemporaries showcased their work, the exhibition will include fashion photography from Klein’s work with Vogue and installations relating to his satirical films Mister Freedom and Who Are You Polly Maggoo?
www.tate.org.uk/modern