Very volcanic over this green feather 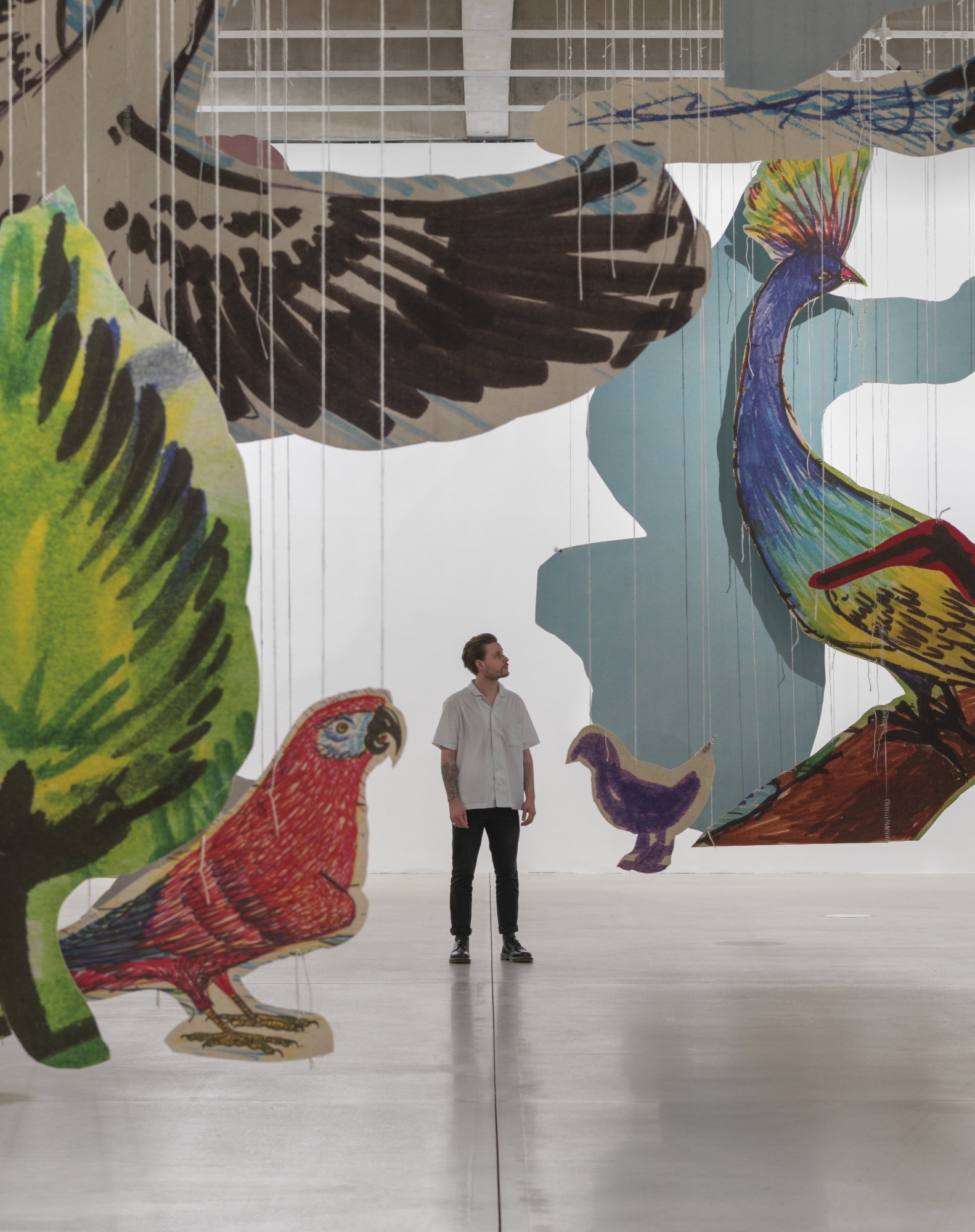 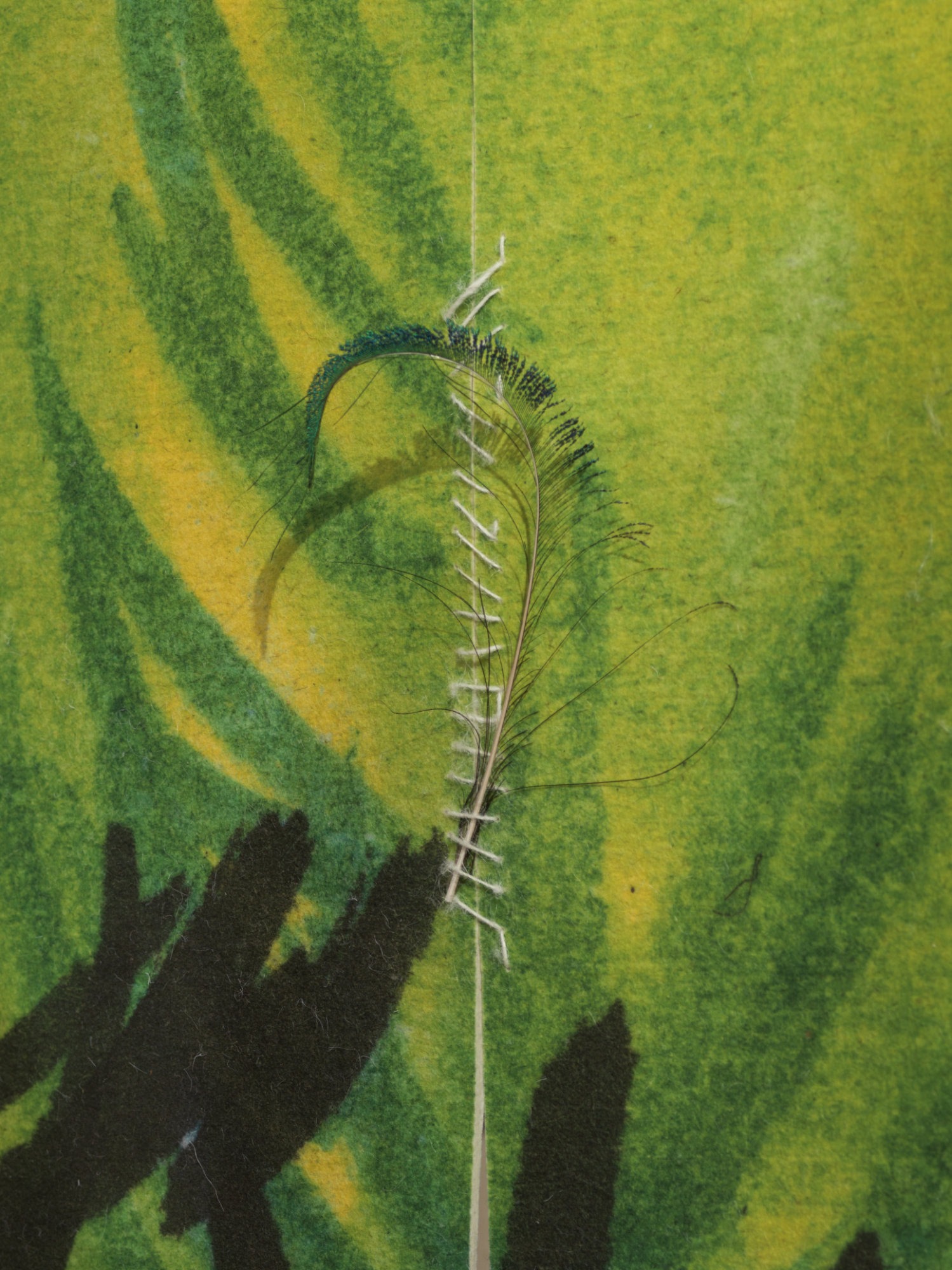 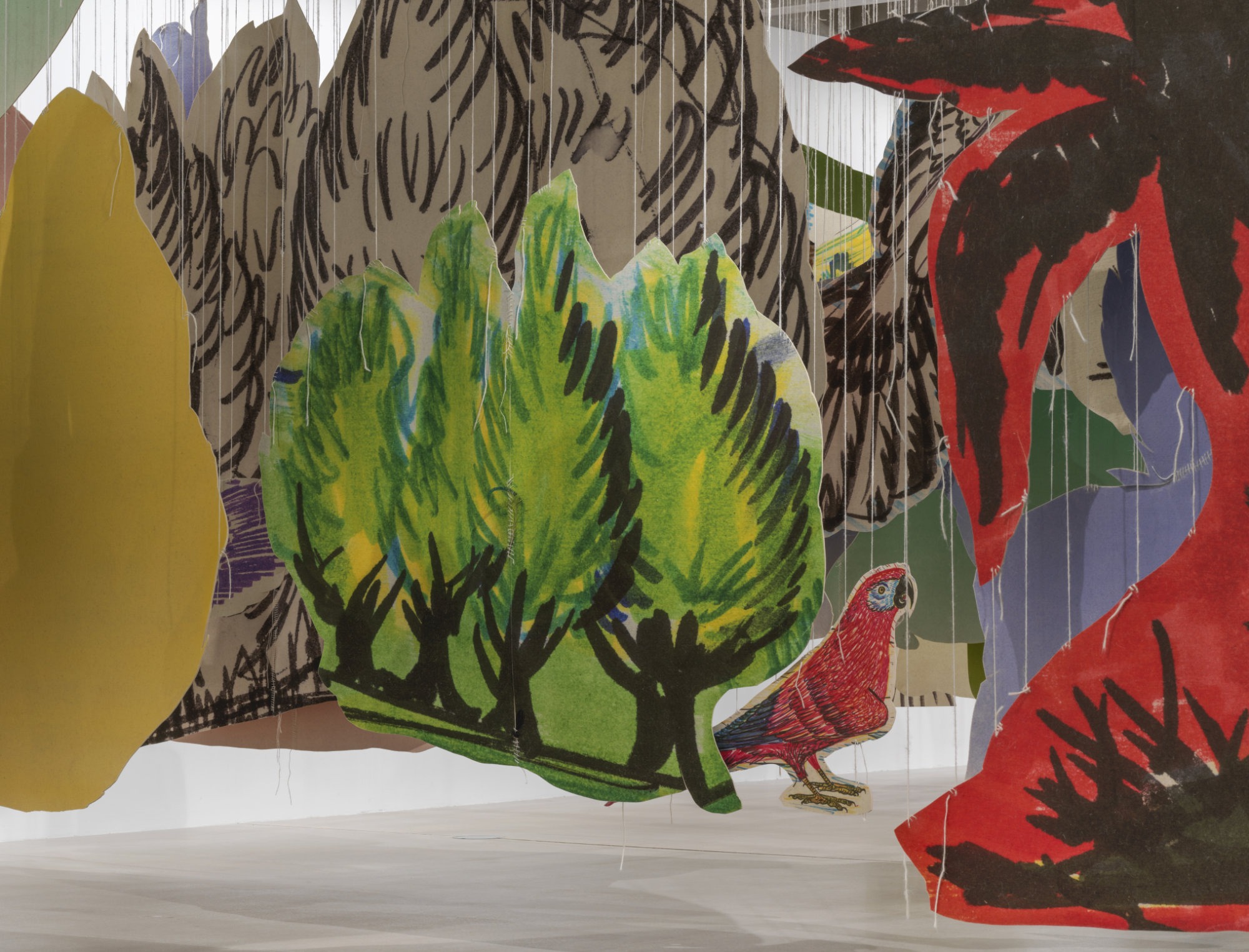 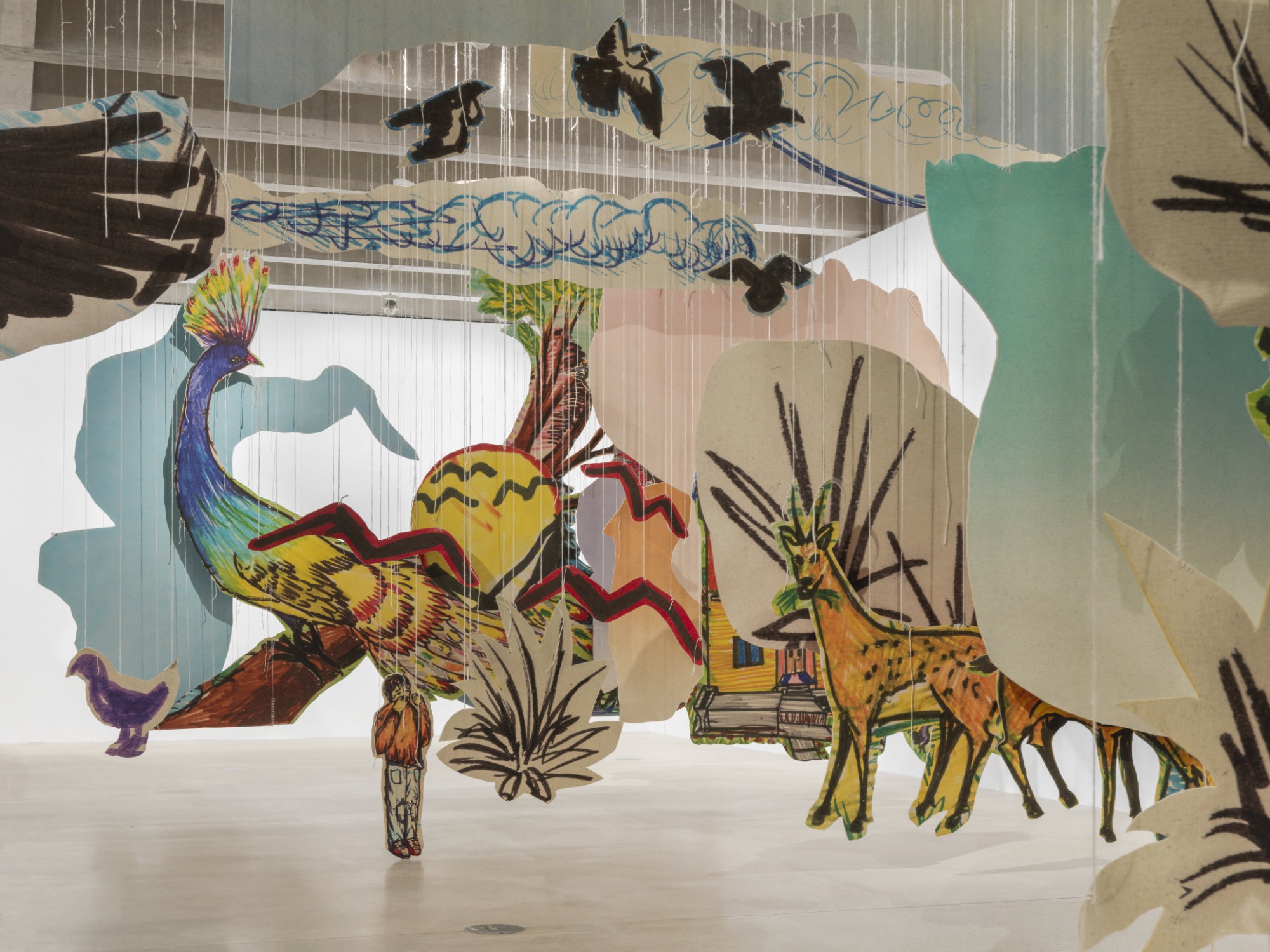 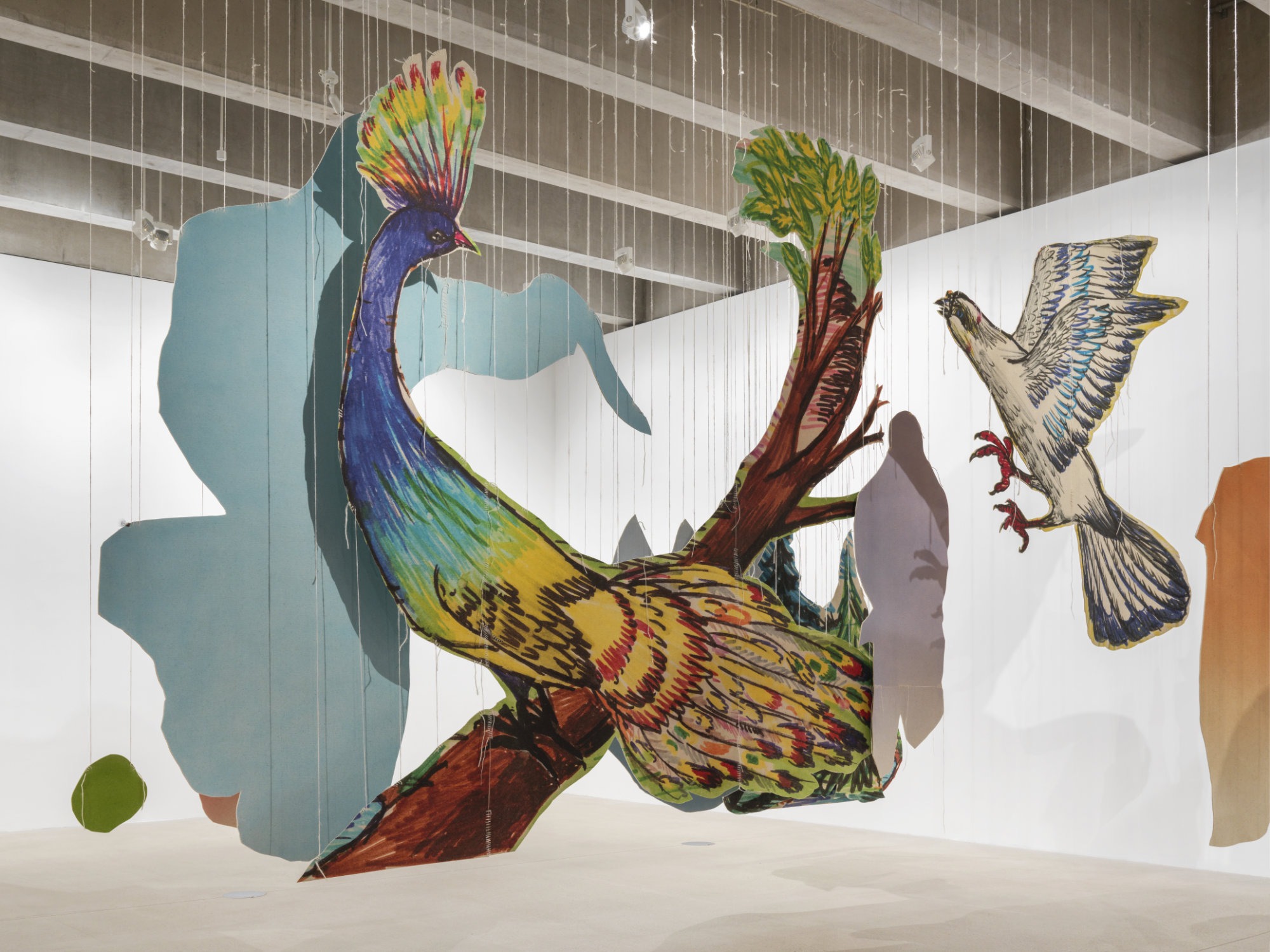 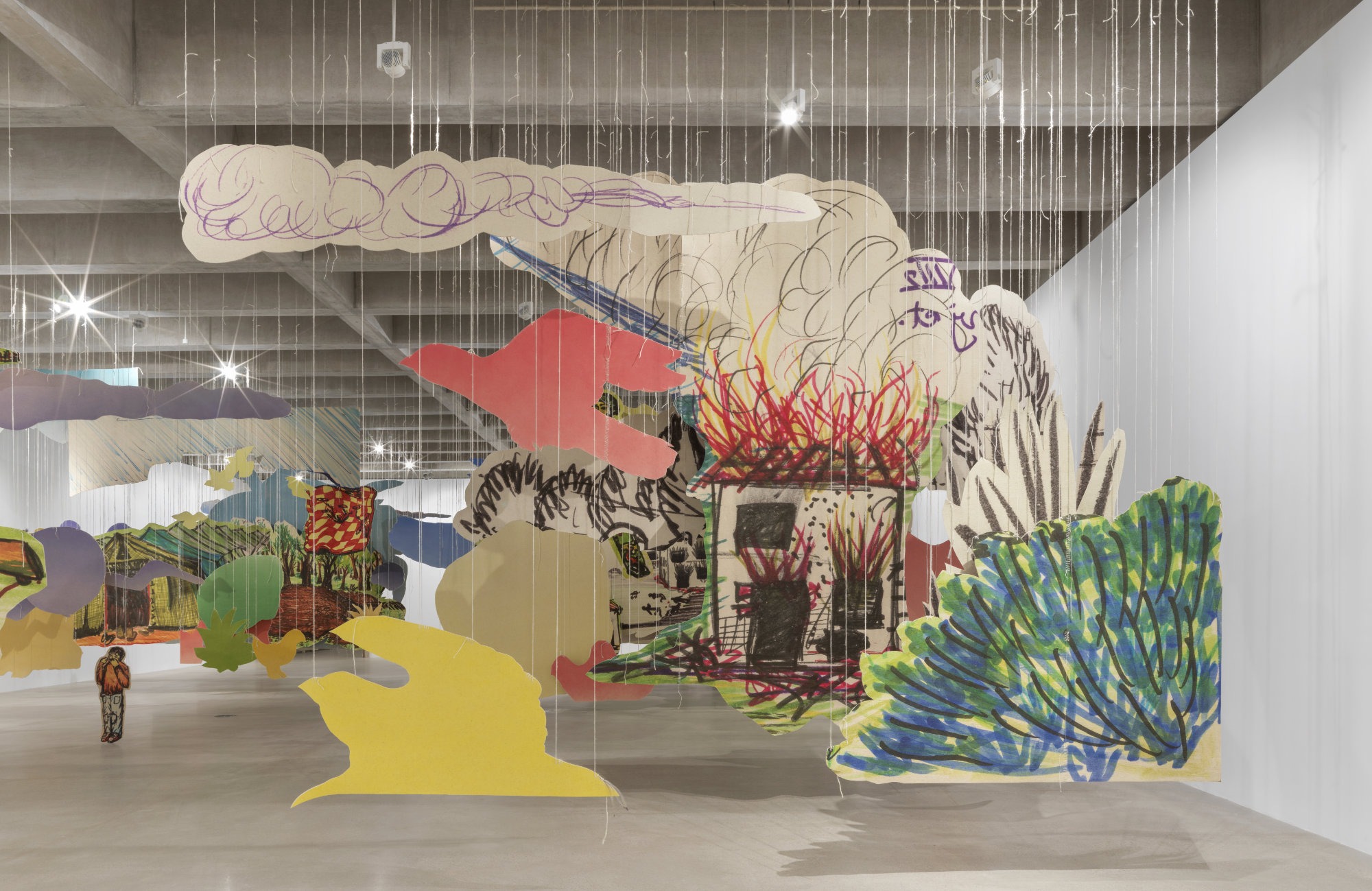 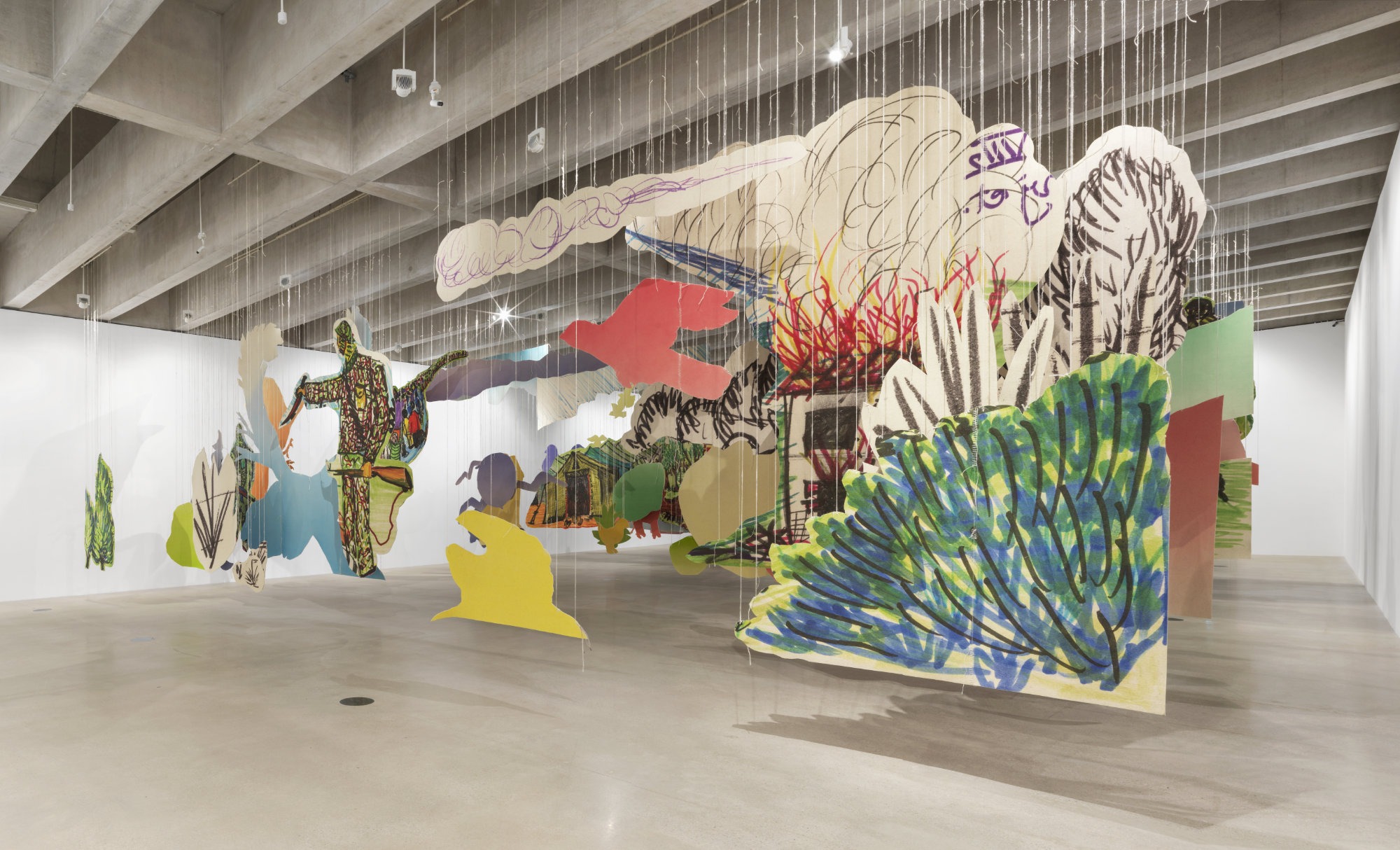 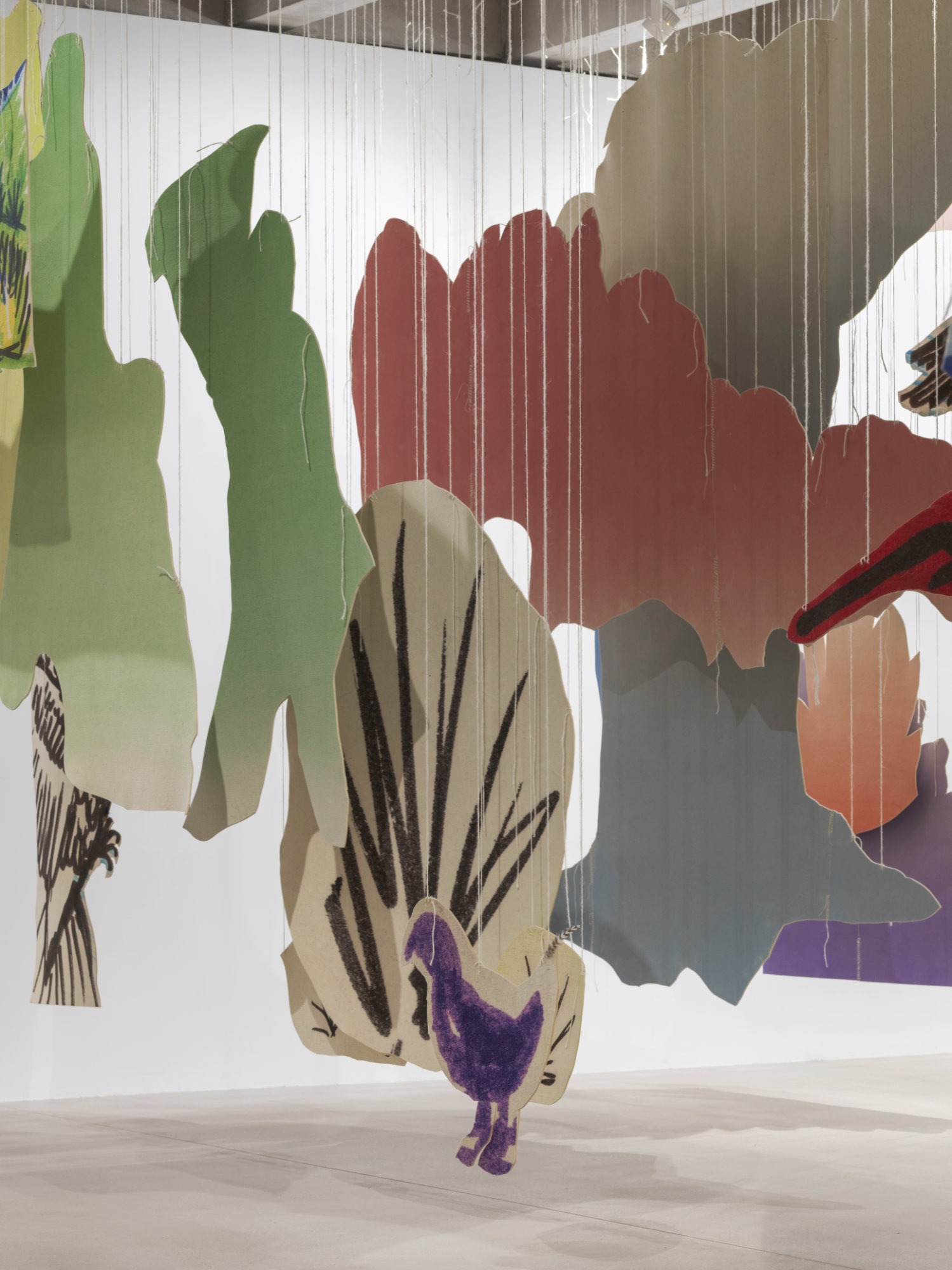 Halilaj presents a powerful new work created for Tate St Ives. His installation revisits 38 childhood drawings that he made in Kukës II refugee camp in Albania during the Kosovo war (1998–99), when he was thirteen years old. Layering large-scale, hanging images throughout the gallery, Halilaj’s immersive environment combines the images that accompanied him during conflict. Poignant rural landscapes, birds and animals, are interspersed with scenes of war and violence. Very volcanic over this green feather reveals the complicated relationship of reality and imagination, and between the often divergent perspectives of official histories and lived experiences.