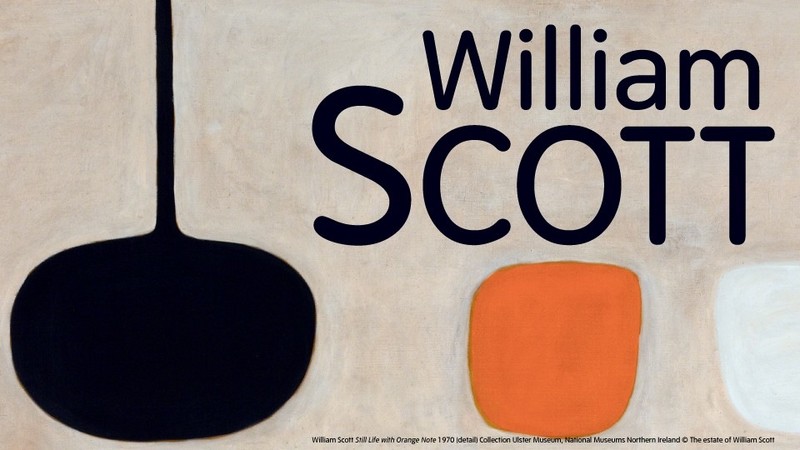 February 2013 marks the centenary of the birth of William Scott (1913–1989). Across a career spanning six decades, Scott produced an extraordinary body of work that has secured his reputation as one of the leading British painters of his generation. Exhibiting in America and Europe from the early 1950s, Scott is renowned for his powerful handling of paint in his exploration of still life, landscape and nude, and of the unstable boundaries between them. This will be the first major showing of the artist in the UK for over 20 years.

To mark the achievements of this internationally acclaimed modern painter, Tate St Ives, in association with Hepworth Wakefield and Ulster Museum, Belfast, will be showcasing an important retrospective exhibition. Beginning at Tate St Ives with a series of thematic rooms (focusing on Scott’s morphological shifts between genres and his preoccupation with ‘significant forms’) the exhibition will evolve as it travels to Hepworth Wakefield, before expanding into a survey exhibition at Ulster Museum, Belfast. In collaboration with the William Scott Estate, which is currently finalising a catalogue raisonné of the artist’s paintings (due December 2012), the works will be drawn from major collections across the UK and Ireland.

Working across the genres of still life, landscape and the nude, Scott developed a unique language that pushed the boundaries of abstraction and figuration, leaving an influential legacy of work which mediates important developments in mid-twentieth century European and American painting. His work is often charged with a sensuality emanating from his dynamic compositions as well as the vitality of his paint surfaces. Consequently the works have an enduring human quality that continues to be as fresh and relevant today as it was over fifty years ago.

The project is led by Sara Matson, Curator at Tate St Ives with Chris Stephens, Lead Curator of Modern British Art at Tate Britain, Frances Guy, Head of Exhibitions at Hepworth Wakefield and Anne Stewart, Curator of Fine art at the Ulster Museum.
A new book on William Scott by Sarah Whitfield will be published by Tate to mark the centenary and exhibition. This will be followed by a catalogue of the exhibition produced in collaboration with the William Scott Foundation, encapsulating the tour, in its final manifestation in Belfast.
www.tate.org.uk/stives