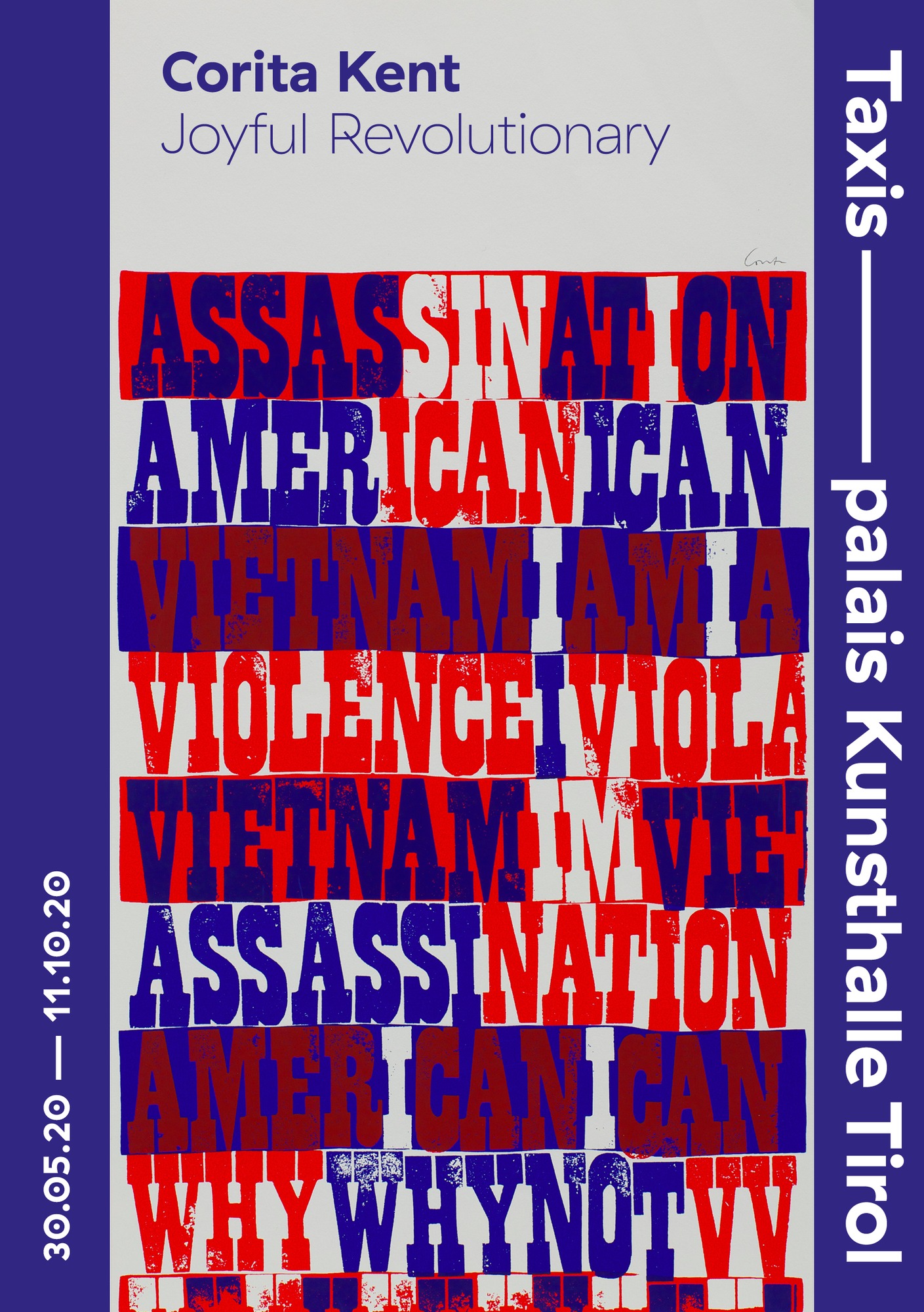 Corita Kent’s serigraphs can be regarded both as Pop Art and a precursor to the Pictures Generation. Joining the Order of the Sisters of the Immaculate Heart of Mary in Los Angeles at the age of 18, she remained a member of the order for three decades, becoming a renowned art professor at Immaculate Heart College and eventually heading its art department. She was a fervent advocate for peace and social justice, becoming a well-known public figure as an artist, educator, and public figure in the 1960s—featured in 1967 on the cover of "Newsweek" under the headline, “THE NUN: GOING MODERN.” Her affiliation with and investment in Pop Art, with all the cultural changes this movement came to connote in its merging of elite and popular culture, was fed by her commitment to the revitalization and renewal of religious life brought about by the Second Vatican Council. In Kent’s work, the one was put at the service of the other, resulting in her art’s unique and challenging defiance of classification.

From the early 1950s onward, Kent worked mostly in serigraphs, which she considered an affordable and democratic art form. While early works contain figurative and religious motifs, in the 1960s her art became increasingly political, incorporating photographs appropriated from the mass media of figures such as Martin Luther King Jr., Coretta Scott King, César Chávez, and Daniel and Philip Berrigan as a means of voicing her support for various social and political struggles, such as the civil rights and anti-Vietnam war movements.

Exemplifying Kent’s approach is "american sampler", a work that illustrates how she used color and reference to render visible political complexities. Its stamped lettering in red, white, and blue refers both to the American flag and the typography of “Old West” wanted posters, while the playful interweaving of foreground and background breaks down the structure of individual words, disclosing a second order of meaning within the explicit text (for example, she plays on the fact that the word “ASSASSINATION” contains within it “SIN,” “I,” and “NATION”), underlining the morality of her message and imploring the viewer to consider their own individual responsibility.

With "Corita Kent___Joyful Revolutionary", the TAXISPALAIS Kunsthalle Tirol presents a solo exhibition of the artist for the first time in Austria, focusing on her serigraphs from the 1960s—contextualized with an abundance of rare archival and documentary material. The works from this period are decidedly political, an expression of Kent’s critical eye for social issues of the day that at the same time evince her hopeful spirituality. They resonate with current questions about the socio-critical potential of art and the possibility for changing received traditions.