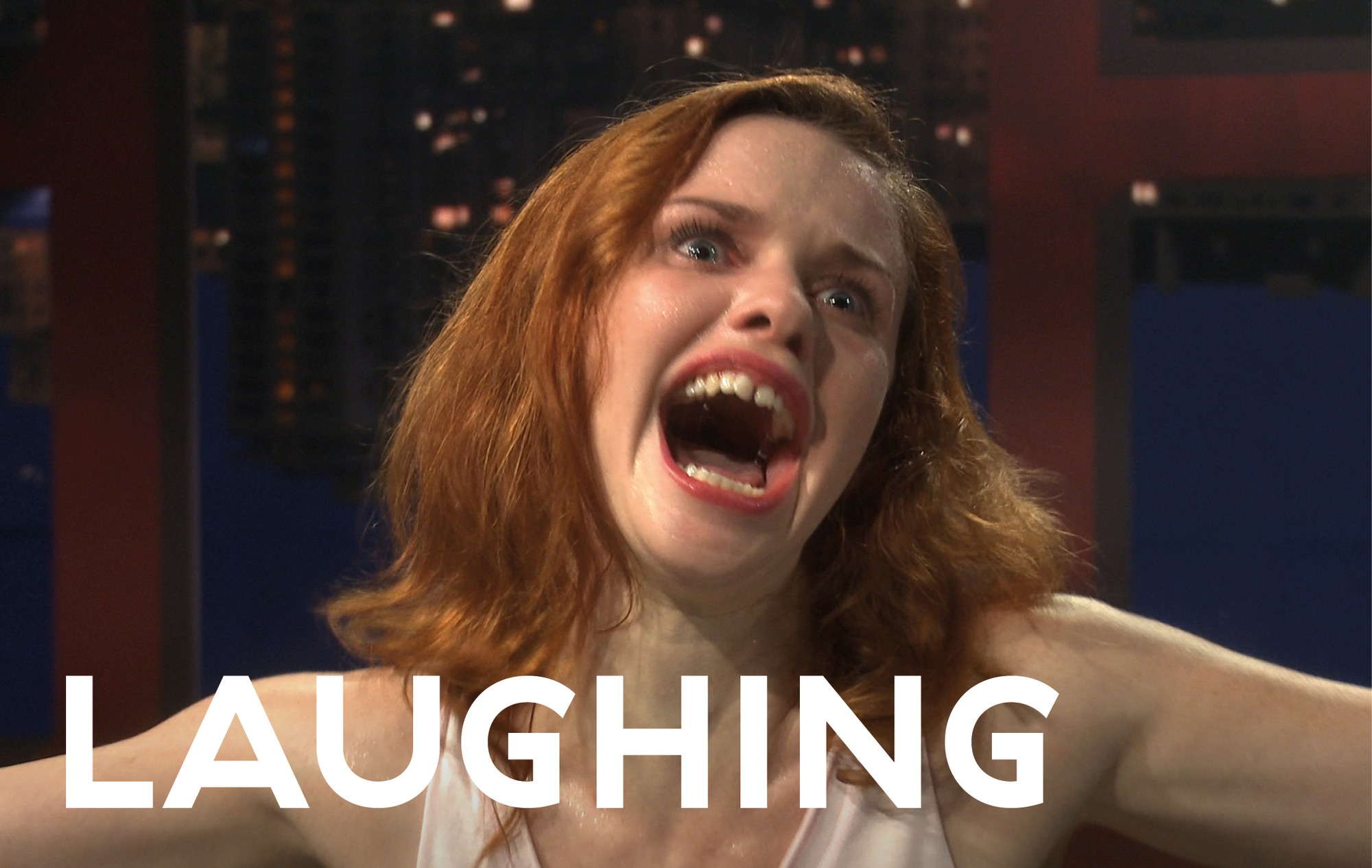 ©Roee Rosen: Hilarious, 2010 (filmstill)
The act of laughing occurs in liminal situations. It both emerges from and generates them. Disrupting the order of the known, laughing can lead established structures into anarchic crises and evoke subversion. Laughing is physical, psychological and social. Oscillating between contradictions, it veers from one state of being to another. In this, laughing functions through uncannily merging opposites. It is communicative while also interrupting communication. An expression of loss of control, laughing is at the same time a way to reassert control over an unsettled situation. Pleasurable and disturbing, laughing both results from emotions and triggers strong emotions.

Laughing sets in when language dries up. Its definition slips away from the definite. In a manner similar to contemporary art, laughing attempts to free itself from the social rules and conventions that are the backdrop against which it happens. When we laugh, are we in a zone of autonomy similar to that accorded to art? If so, to what extent does this suggested promise of freedom in laughter’s realm restrict its potency? Antonia Baehr, Iman Issa, Stefan Klampfer, Sophia Mairer and Roee Rosen confront laughing’s ambivalences with those inherent in their respective media—drawing, painting, performance, photography, sculpture, sound and video.

The exhibition LACHEN (LAUGHING) is the last chapter of a trilogy on everyday practices possessing a utopian dimension: the series began in 2018 with the exhibitions LIEBEN (LOVING) and SEX.