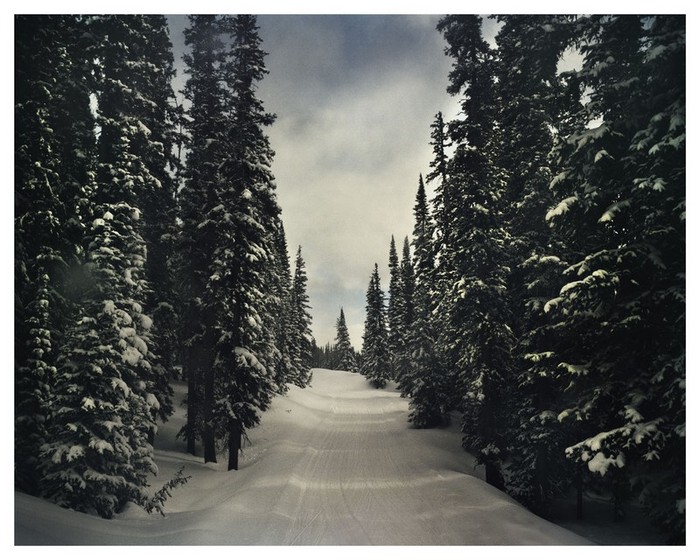 Ara Dymond and Jason Nocito are presented for the first time at Taxter & Spengemann in a two person exhibition. Each artist possesses a master focus, a severe sift and edit technique that is intuitive rather than calculated, thoughtful rather than systematic. Images and objects seemingly all harken back to the figure, which should be noted here as a touchstone for both artists, a symbol, a receptacle for thoughts and fluids, an actor, an historical icon and at some point- dead. Throughout these photographic and sculptural works are subtle, suggestive, almost lewd and certainly beautiful takes on nothing new-- captured and cast in their own discreet time to show us who we are, in ways we haven’t seen before.

Ara Dymond :
The sculptures might be thought of as figures, or characters, or actors in an opera or a play. The gallery, and at least one of the paintings, might be imagined as a theater, or a stage.
How do these figures belong to the each other, and to the world?It is a question that occupied Francis Bacon from beginning to end—and one that he was able to solve (if one can call it that) only negatively: by reducing the world to a schema, making of belonging a violent shorthand, embellished but never relieved by occasional outbursts of flamboyant décor.
It is this same drama—that of the figure in space, or rather the figure and its ground—that Dymond articulates.
Note that the artist has stated the matter in a mainly phenomenological manner: but since he is alsoa mimic, his works in no way preclude metaphorical complication, up to and including a collapse of all meta-narratives into an old-fashioned infinity of signs.

Jason Nocito:
The photographer Jason Nocito has an eye for sore sights, but some romantic ones too. His is a weird reverse-commute New York migration story: one that took him from an unhappy childhood in the suburbs of Long Island to the Lower East Side (with errant ventures around the world for commerce and Vancouver, B.C. for love). This is somehow important to the spirit of these photographs, even though New York City is almost never depicted and you rarely see him with a camera when he’s home.
But when he’s out on the road, Nocito’s camera finds the cracks in the landscape and the dirty corners of an unsanitized life. We see the inertia of the car-less, and the poetry of the barely hanging on, pieceof-shit-car’s-burning-oil, late for work variety. We see needle-exchange receptacles; boarded up houses (or worse-apparently lived-in suburban ranch houses with very few discernible windows); and, nestled casually among the clotheslines and garden sheds of a shared backyard, what appears to be a shallow grave.
But it’s not all so bad. Great Recession America provides melancholy punch lines as well. Three cheapo cardboard ice cream cones coalescing into a perverse and clownish face, a nostalgic galaxy of smashed Fruit Loops in a parking lot, and an angry note from a neighbor threatening to “move your car to Tim Buck fuckin two Ass hole” all get the same attentive treatment as a majestic, snow-dusted evergreen forest. Nature, in fact, is paid only backhanded respect. Especially where the frontier vista of the great American West butts up against the party needs of suburban tract-house teens and the survival strategies of drifters and dropouts. Glorious rock formations are exposed as recently vacated homeless caves; a sweeping New Mexican mesa view with million-mile visibility and a miraculous rainbow is merely a set-up for Nocito's dwarfed human subject to smoke a bowl. It’s Caspar David Friedrich’s wanderer in a sea of his own smoky exhalations.
Indoors, things get weirder, but also oddly soothing. Images of the strange, prophylactic logic of a taped doorknob or a sharp corner ingeniously padded with a tennis ball act as a simple and dingy salve, a balm against life’s struggle. Plus, there’s sex! Or the lurking suggestion of it in a shapely body on a leather couch obscured by a towel and a slyly provocative slit in some smooth red-painted floorboards. Coming from a guy whose last book was entitled Loads, we are forced to assume that any prurient content, however veiled, is intended.
All of these images, whatever their subject, are so carefully composed, even calm, that they belie the restless energy of their creator. Nocito’s Platinum Level peripateticism, his dogged work ethic and his inclination toward pervasive self-examination are all distilled here in these remarkable photographs.

Jason Nocito lives in New York and is a contributing photographer for such magazines as The Fader, Dazed and Confused, and Nylon. He was the house photographer for the Wrong Gallery (2002-2005) and his photos were used for advertisements for the 2006 Berlin Biennial. He has been included in numerous group exhibitions including Day and Night at the Copenhagen Photo Festival, Copenhagen, Denmark (2010), Interlude, Alice Austen House Museum, Staten Island, NY (2009), It Ain't Fair, OHWOW, Miami, FL (2008) and Tiny Vices, White Flag Projects, St. Louis, MO.(2007).
www.taxterandspengemann.com