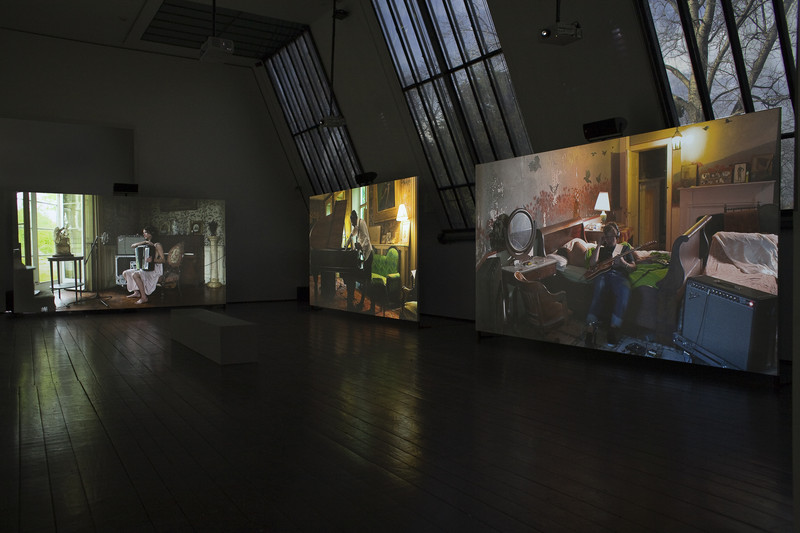 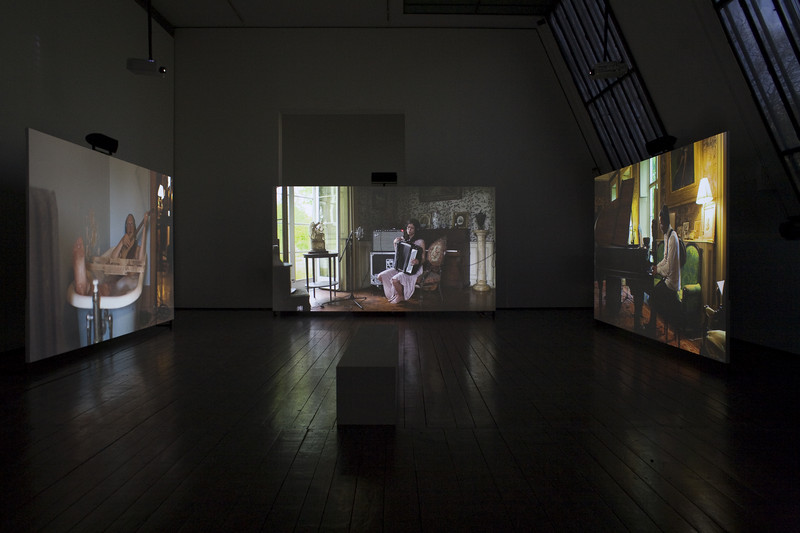 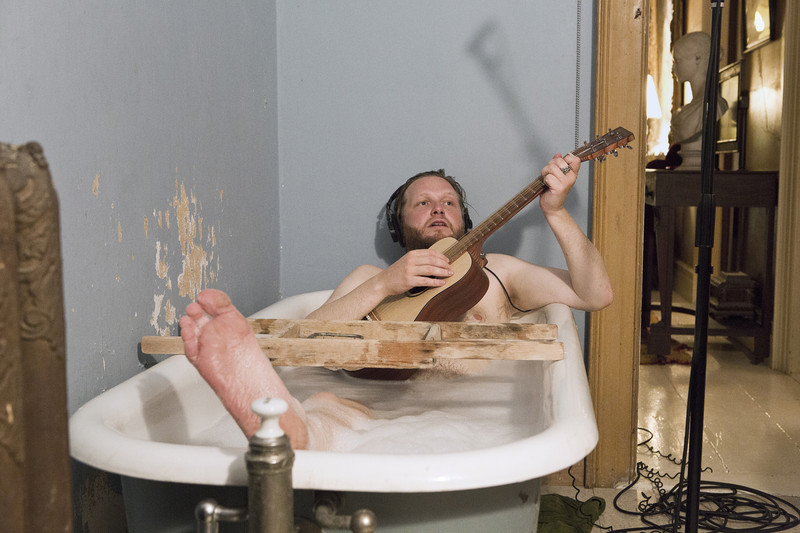 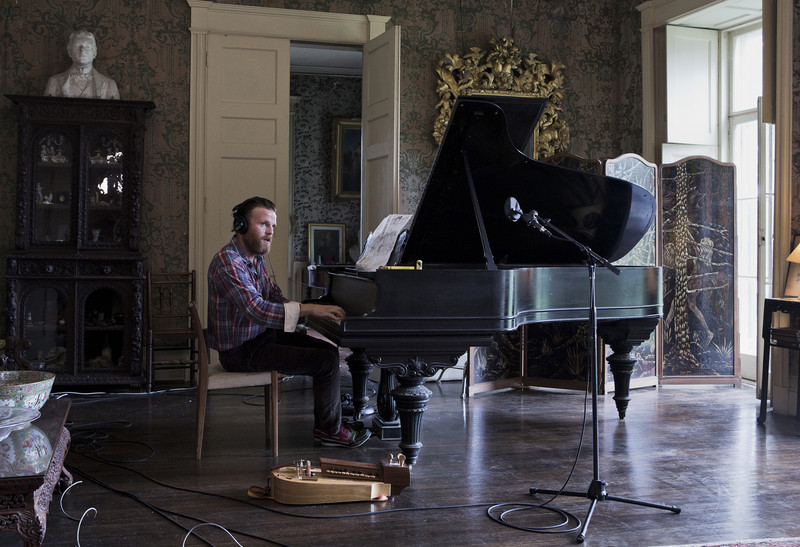 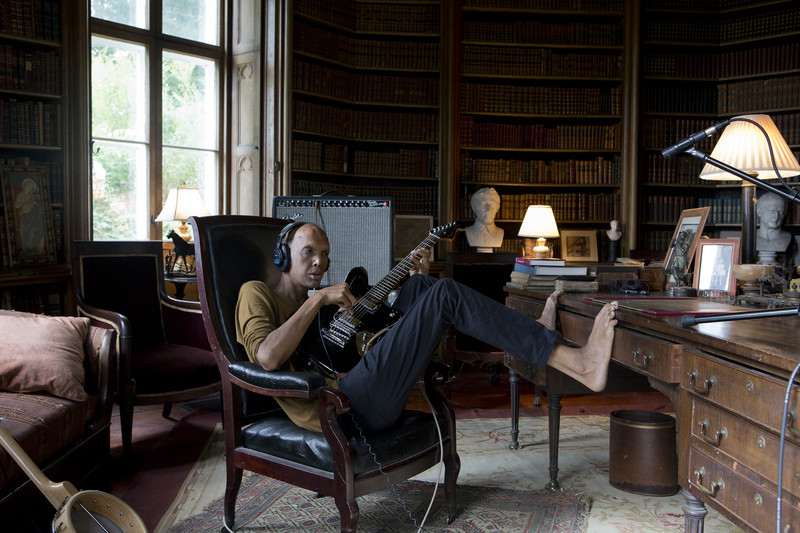 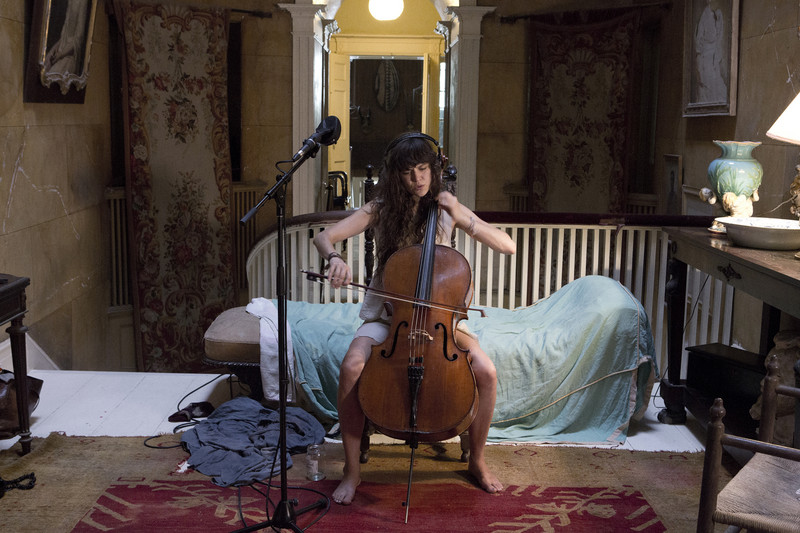 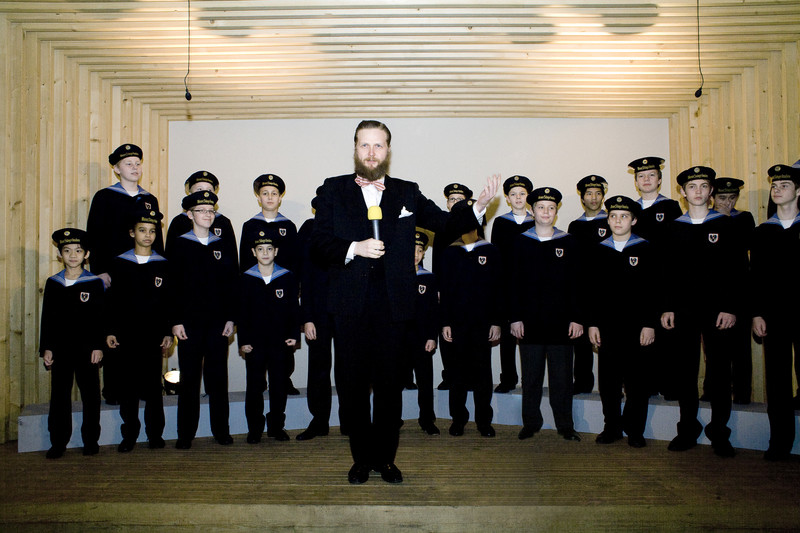 Ragnar Kjartansson’s elegiac video composition The Visitors (2012) is a hymn to the feminine and its melancholic triumph, an incantation of friendship to the melody of romantic despair. The bohemian gathering of a group of friends and musicians in the grandiose and decaying twilight zone of Rokeby farm in Upstate New York becomes the scenery for what the artist calls a “feminine nihilistic gospel song”: a layered portrait of the artist’s friends and an exploration of musical cinema taking its title from ABBA’s last album, marked by divorce and defeat. Themed to lyrics from a poem written by Kjartansson's ex-partner Ásdís Sif Gunnarsdóttir, titled Feminine Ways, the cinematographic tableau shows the nine protagonists each perform the song in separate settings in a long, uninterrupted, and looped 64-minute take:

Situated on the Hudson River, Rokeby Farm is part of an estates district going back to colonial times, which attracted landed gentry, business magnates, and historical figures, who built lavish mansions. Among those who established their country seats in this area were Frederick Vanderbilt, John Jacob Astor, Robert R. Livingston, James Roosevelt Sr., Franklin H. Delano, and many others.

The Visitors captures the long-drawn-out moment when a group of seemingly exotic invitees has taken over the noble mansion for a musical performance. Attracted by both the house’s atmosphere of romantic decadence and disrepair and its eccentric inhabitants (descendants of the Livingston and Aldrich families), Kjartansson and his musical cast decided to perform their hypnotic and nihilistically iterative chant in this otherworldly setting. The nine visitors take up various spaces indoors and out, each one inhabiting a separate yet very distinct setting, playing various instruments and singing as if to themselves the piece’s main tune. It is only in the synchronization of the nine channels that the voices and instruments merge into a harmonic orchestration.

The Man, a single-channel video from 2010, occupies a somewhat unique position in Kjartansson’s oeuvre. Documentary in character, it faithfully captures a full performance of the final repertoire of the ninety-seven-year-old Mississippi blues musician Pinetop Perkins, who died in 2011. Perkin’s piano is placed outside in the sunshine in the midst of a vast expanse of grassland. The musician enters the frame, sits down at the piano, and begins his act, a repertoire of songs and well-rehearsed puns that he has perfected over decades. Occasionally he takes off his hat and dries the sweat, and oblivious to the glaring heat, he delivers his “show” as if on stage.

Kjartansson cites Andrew Wyeth’s slightly melancholic and introspective painting Christina’s World (1948) as his reference for the visual composition of the video. Enormously popular in the United States in the mid-twentieth century for his vernacular subject matter that evoked a mythical rural past, Wyeth was later somewhat outshone by the avant-garde movements of the era. Similarly, not only the aging blues legend himself but even his performance marked by repetition, abrupt truncations, miniature musical quotations, and echoes seem to evoke the haziness of the contemporary caught in the moment of its transcendence into history and obsolescence, on the one hand, and nostalgia and melancholy for this soon to be lost presence, on the other. The encounter of the Icelandic incarnation of an old blues soul and one of the musical genre’s oldest protagonists seems to be—not unlike the melancholy chamber play in The Visitors—a materialization of Roland Barthes’s notion of the noeme, the fabrication of a permanent state of transience and impermanence, the most adept space for melancholy, beauty, and longing.
www.tba21.org