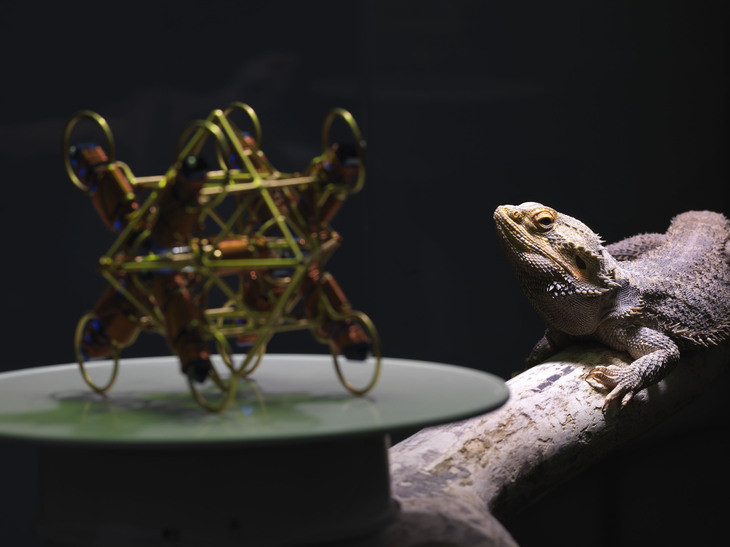 What separates one moment in human endeavor from another? What things or objects should we analyze in order to draw conclusions about the spirit of an age? How, ultimately, might we approach the contemporary? Can we ground our attempts to represent this period in something more tangible than references to the immaterial?

One of the earliest periodizations associated with the birth of the museum was the Danish antiquarian Christian Jürgensen Thomsen’s (1788–1865) approach to exhibiting pre-history—categorizing epochs of human enterprise through reference to the key material bases for cutting edge tools and weapons. His analysis significantly refined the classifications Stone Age, Bronze Age, and Iron Age. Even in the absence of written testimony, Thomsen’s approach was capable of bringing to light fields of ritual, production, and social relations. RARE EARTH draws the following assumptions from this: all culture, no matter how seemingly otherworldly, has its material, elemental, substrate. Transferring Thomsen’s thinking into the present moment, it is clear that the most revolutionary materials for today’s new tools and weapons are a class of 17 elements from the periodic table—rare earth elements.

Rare earth elements are the game-changing foundation of our most powerful innovations—materials that underpin an ever-expanding list of technologies. First deployed on an industrial scale with the invention of the cathode ray television screen, they are fundamental to contemporary accouterments such as mobile phones, tablets and laptops, LCD screens, LED light bulbs, CDs and DVDs. Often described as “conflict materials” due to the limited number of easily accessible mines, they are also integral to weapon systems used for cyber-warfare, medical technologies—including MRI scanning equipment—hybrid vehicles, wind turbines and other green energy applications. Consequently, rare earth elements play an increasing role in global affairs, and power inventions that facilitate our changing self-image—giving birth to today’s emergent myths and identities.

Featuring ten newly commissioned pieces and seven pertinent contributions (17 artistic positions: one for each rare earth element), the exhibition explores the contemporary spirit by attending to its material underpinnings—rare earth elements. These works ground our strange, seemingly immaterial cultural moment. While we may design our technologies, these tools and weapons shape us in turn. It may seem that we dream the contemporary into existence, but perhaps rare earth elements are dreaming through us.