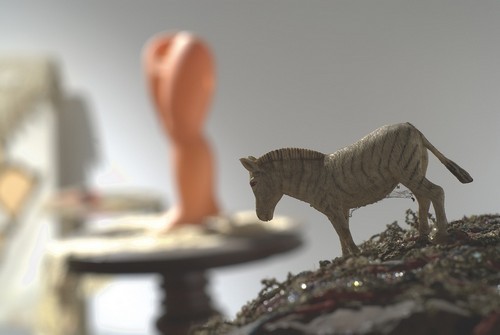 Tactics of Invisibility brings together a variety of artistic positions from almost three decades, including works by pioneering figures such as Sarkis, Füsun Onur, and Ayşe Erkmen, who have influenced the minimalist and conceptual practices of the younger generation and paved the way for contemporary art from Turkey to receive international attention. In particular, the politically and socially engaged artistic practices of the 1990s – a critical period in which discourses such as multiculturalism, identity politics, migration, and minority politics came to the fore – were intensively discussed within the “Western” art world and also focused attention on the sociopolitical context of Turkish art. Even though the artistic practices of İnci Eviner, Kutluğ Ataman, and Hale Tenger have been nourished within this energetic and vibrant context, their work addresses these questions in very specific ways. The exhibition follows this line of postconceptual or minimalist artistic practice, looking at the recent production of the younger generation, represented by Cevdet Erek, Ali Kazma, Esra Ersen, Nilbar Güreş, Nasan Tur, Nevin Aladağ, Ahmet Öğüt, xurban_collective, and the artist initiative Hafriyat.

Tactics of Invisibility focuses on the ability of artworks to occupy or cross the liminal zones between the visible and the invisible; to draw attention to the silenced, repressed, inconspicuous, or symptomatic, thereby indicating an absence, a disorder, but also resistance or marginalization. To invoke the unseen beneath the surface – or to rest on often-conflictual moves toward dissemblance, disguise, and displacement – potentially offers a strategy to engage with processes of transformation and to create new or imaginary relationships. Invisibility then might become a tactical tool of subversion, a détournement within an aesthetic tradition that has problematized the representational potential of art. It thus can be discussed as a potential move toward a new distribution of the sensible

Esra Ersen's installation I am Turkish, I am Honest, I am Diligent... presented at KlausEngelhorn Depot in Ottakring consists of 21 Turkish school uniforms worn by children in Linz for over a week. Their experiences are contextualized in a video, which shows them in their daily routine at school and on a field trip. Their diary notes have been printed directly onto the uniforms. The statements reflect feelings of anxiety and bewilderment, but also the steady process of identification.

This project has been realized in collaboration with Soho in Ottokring and with the generous support of KlausEngelhorn Depot and the Kulturabteilung der Stadt Wien - MA 7.
www.tba21.org