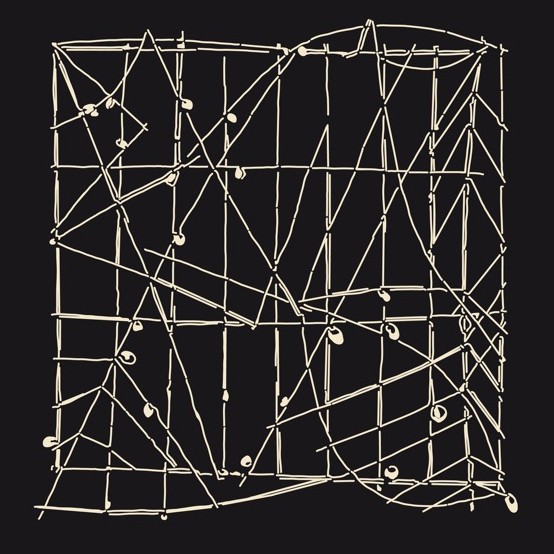 Stick charts are mnemonic devices used by seafarers from the Marshall Islands to navigate the Pacific Ocean. 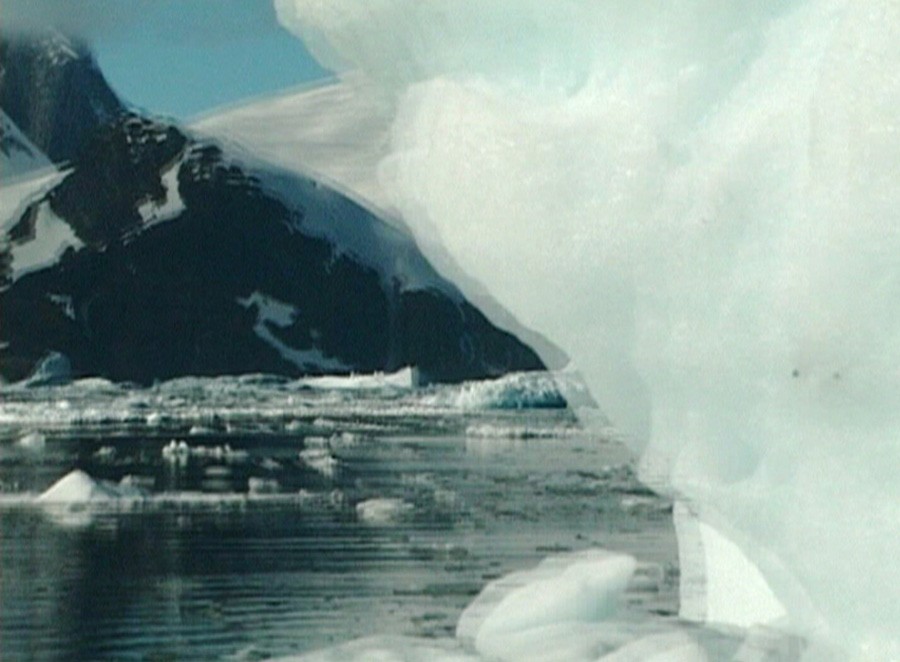 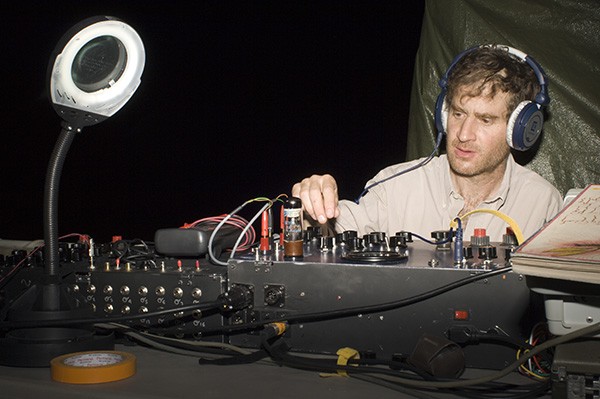 Ariel Guzik
The Nereida Capsule, 2015
A fused quartz underwater capsule that contains within it a mechanism of cords and circuits
170 x ø 90 cm
Commissioned by Thyssen-Bornemisza Art Contemporary
Photo: Courtesy the artist 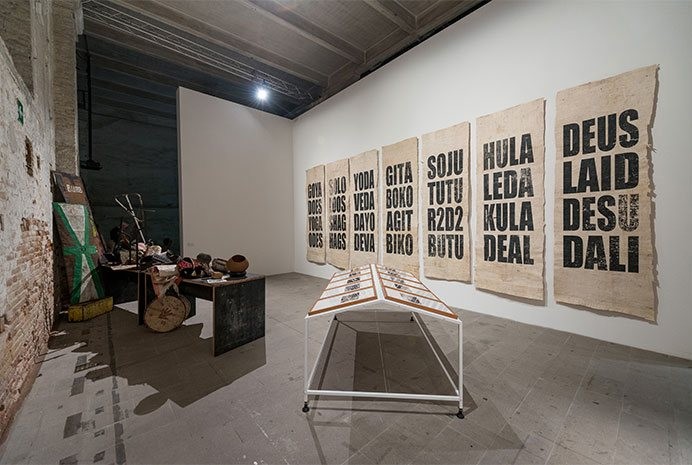 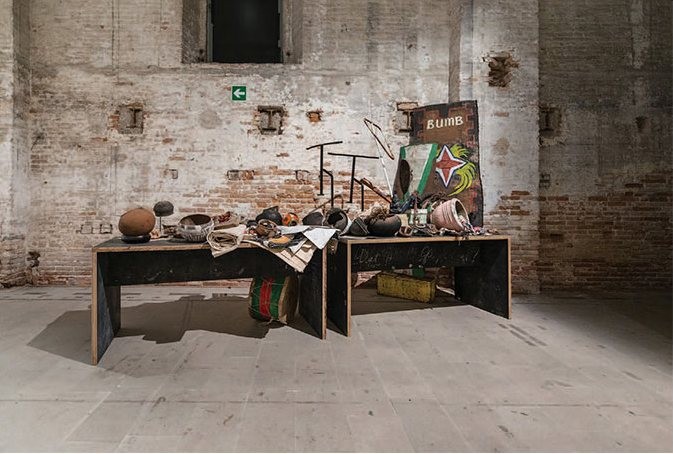 ...like the movement of the ocean she’s walking on, coming from one continent/continuum, touching another, and then receding (‘reading’) from the island(s) into the perhaps creative chaos of the(ir) future... – Kamau Brathwaite

Tidalectics is an oceanic worldview, a different way of engaging with the oceans and the world we inhabit. Unbound by land-based modes of thinking and living, the exhibition is reflective of the rhythmic fluidity of water and the incessant swelling and receding of the tides.

TBA21–Academy’s first exhibition, Tidalectics, presents thirteen standout artists whose distinctive works cast oceanic perspectives on the cultural, political, and biological dimensions of the oceans, some examining the effects of human-made issues such as climate change and sea-level rise, and others reimagining human and “more-than-human” relationships. Tidalectics will comprise nine newly commissioned works, many flowing from the Academy’s expeditions in the Pacific Ocean, alongside exceptional pieces from the Thyssen-Bornemisza Art Contemporary (TBA21) collection.

Taking its title from a play on words by the celebrated Barbadian poet-historian Kamau Braithwaite, Tidalectics seeks to comprehend our histories as trajectories tossed by waves, from ocean crossings to systems of exchange, myths, and microbial origins. The exhibition will highlight processes of cultural adaptation and material change, presenting a rich framework for understanding the coalescing polarities of contemporaneity and history, science and poetics, routes and roots, and ourselves—mostly land-dwelling humans—with the oceans and their many and diverse inhabitants.

TBA21–Academy is a site of cultural production and transdisciplinary research, focused on enabling a deeper understanding of our oceans. Founded by Thyssen-Bornemisza Art Contemporary in 2011, it is conceived as a moving platform on the oceans, bringing together artists, scientists, and other thinkers from across numerous fields to investigate the most pressing environmental issues of our time.

Searching for a logic coming from the oceans themselves, Eduardo Navarro’s newly commissioned video and sculptural work flows from a series of serendipitous constellations during the TBA21–Academy expedition to the Marquesas Islands, in the South Pacific. Navarro casts a magnified set of coins used in the I Ching – a traditional Chinese divination method – into the waters off the island of Tahuata. Here, where the idea originated, the sea itself becomes the liquid force of divinatory fate.

Alexander Lee, a participant in the same expedition in his native French Polynesia, taps into the imaginary of the desert island. Lee’s video envisions that anybody can become a co-owner of a volcanic hotspot from which the Society Islands have emerged, which, once acquired collectively, will be turned into a marine protected area.

Newell Harry charts creole and pidgin languages, alternative modes of exchange, and notions of value and currency in the Pacific. The exhibition features two of Harry’s works from the TBA21 collection: objects from the Kula Ring, a traditional system of ceremonial gift exchange, and anagrams printed on hereditary Tongan ngatu cloths.

Reminiscent of a boat, Em’kal Eyongakpa’s new commissioned installation destabilizes the floor under visitors’ feet, accompanied by a shing net filled with personal objects by people whose lives have been affected by ocean crossings and an audio track of poetic tales and rhythmic sounds.

Darren Almond’s video A (2002) from the TBA21 collection presents an Antarctic world of infinite whites devoid of human presence, accompanied by a sound track that alternates between dreamy serenity and blood-thumping menace.

The video Iroojrilik (2016) by Julian Charrière charts meetings of the “natural” and the human-made during nuclear tests on the Bikini Atoll in an atemporal loop of life, death, and rebirth.

Atif Akin’s publication project emerges from a TBA21–Academy expedition led by Ute Meta Bauer to the Tuamotus in French Polynesia and considers the creation of new mythologies equivalent to radioactive deformations of code and matter resulting from the 193 nuclear tests that took place in this archipelago.

Ariel Guzik’s The Nereida Capsule (2015), from the TBA21 collection, is an instrument materializing an intention of encounter between humans and cetaceans free from dominion and devoid of utilitarian or scientific research interests.

Susanne M. Winterling’s installation Glistening Troubles (2016), resulting from her residency at the TBA21 Alligator Head Foundation in Jamaica, investigates dinoflagellate algae and their bioluminescence as indicators of the health of coastal waters with toxic potential.

In an installation centered on poisonous jellyfish, Tue Greenfort explores complex ecosystems and the consciousness of these aquatic organisms.

Smell researcher and artist Sissel Tolaas collects and synthesizes smells of Costa Rican oceanscapes currently undergoing ecological change. Her olfactory portraits evoke familiar and new motifs that may soon disappear but can be tracked with the help of the collected data.

At a different moment each day, in sync with the tidal calendar, Jana Winderen’s hydrophone recordings from various expeditions of the TBA21–Academy transcend the exhibition in an interconnecting movement reminiscent of ebb and flow.

Tidalectics coincides with the start of the sixth Ephemeropteræ season, curated by Daniela Zyman and Boris Ondreička with Stefanie Hessler and Markus Reymann, which features spoken-word performances on Fridays in the TBA21–Ephemeropteræ pavilion in the Augarten.
www.tba21.org