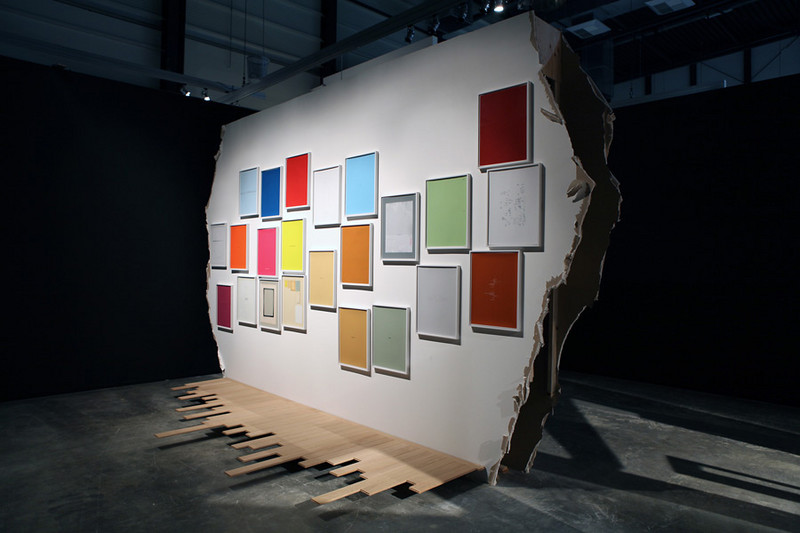 © Walid Raad
WALID RAAD
Scratching on Things I Could Disavow: A History of Art in the Arab World
26 May - 15 June 2011

The form of this project is an exhibition / performance. In other words, the project consists of an exhibition accompanied by a series of walk-throughs (or guided presentations) by Walid Raad. Each presentation will unfold with a small audience consisting of a maximum of 30 people. During times when the presentations are not taking place, the space is open and the sets are presented as artworks in an exhibition.

Scratching on Things I Could Disavow engages with the fast-paced development in cities such as Abu-Dhabi, Beirut, Cairo, Doha, Istanbul and Sharjah of a new infrastructure for the visual arts. In a context where cultural tourism has become an instrument of economic growth and power, Raad’s project considers the ideological, economic and political dimensions of this phenomenon to ask whether and how culture and tradition in the Arab world may have been affected, materially and immaterially, by the various wars that have been and are still being waged in this volatile region. Raad’s works also lean on Jalal Toufic’s concept of “the withdrawal of tradition past a surpassing disaster."

Walid Raad takes the visitor from a detailed case study of The Artist Pension Trust and its enmeshment with a network of neoliberal actors, to an account of the accelerated emergence of art spaces and institutions in the Arab world, and finally to inexplicable physical phenomena like the flattening of art spaces, the shrinking of artworks, and the availability of colors, lines, and forms for contemporary Arab artistic creation.

Scratching on Things I Could Disavow: A History of Art in the Arab World expands upon the research-based methodology of Raad’s The Atlas Group (1989–2004), the visual and performative archival project he has initiated to document the social, political, psychological and aesthetic conditions of the Lebanese wars (1975–1990/91). The new project marks a critical juncture in Raad’s practice, at once a departure from The Atlas Group while expanding its historical and theoretical reference.
www.tba21.org