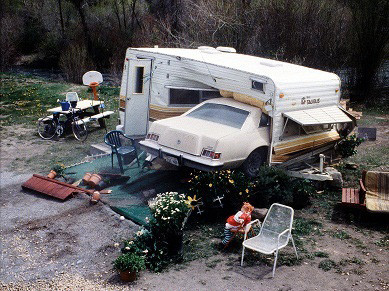 In the world of visual art, many events have come to the fore with a strong focus on the academy's status in both the cultural and theoretical arena. Strikingly, these events all seemed to continuously draw attention to strict processes such as the introduction of the Bologna Accord or meticulous attempts to describe research and artistic knowledge production. Those often strict forms of quantifying and defining necessitate at their turn anew the investigation of what the academy is about. This time in multiple and fluid modes, where art academies can emerge as temporary, autonomous sanctuaries for artistic thinking; in fact the utmost and decisive factor in art education.

In order to achieve this goal, CCA-Tbilisi has initiated an idiosyncratic dissemination platform: a Triennial not only implying visual art, but also including a focus on art education and its related forms of research. The first edition of this Triennial, entitled Offside Effect, will take place from October 19 until November 20, 2012.

The notion of Offside Effect can be understood in various metaphoric modes. For example, in the mode of artistic thinking breaking through formalized frameworks of knowledge production. Or in the mode of agonistic, heterogeneous forms of laboratory-based education remedying homogenizing approaches. The ultimate ambition of the Tbilisi Triennial Offside Effect is to map a variety of practises in the form of activities, economics, methodologies, and strategies all connected with the experimental field of artistic thinking.

Various curatorial tools will be deployed in Offside Effect. Firstly, four keynote artists are invited, i.e. artists who have demonstrated in their renowned practices to be able to articulate a critical stance with respect to art academies and art education in order to develop a work contributing to the debate intended by the Triennial. The four invited keynote artists are:

Secondly, a similar albeit a more institutional, context-bound question was submitted to artists from various international and leading experimental platforms, i.e. they were asked to demonstrate and disseminate their specific view on visual art, art education, and research in the form of a presentation. Their projects will be shown in various locations in Tbilisi:

F+F Zurich (a collaboration between Daniel Hauser and Marie-Antoinette Chiarenza).

Preceding the Triennial's opening—October 20, 6–10pm—the participants will further elucidate and discuss their perspectives, insights, and institutional environments during a two-day forum. In addition to the above-mentioned participants, a number of speakers and referees will be added to the program such as Irena Popiashvili, Razvan Ion, Sabina Shikhlinskaya and Mick Wilson.