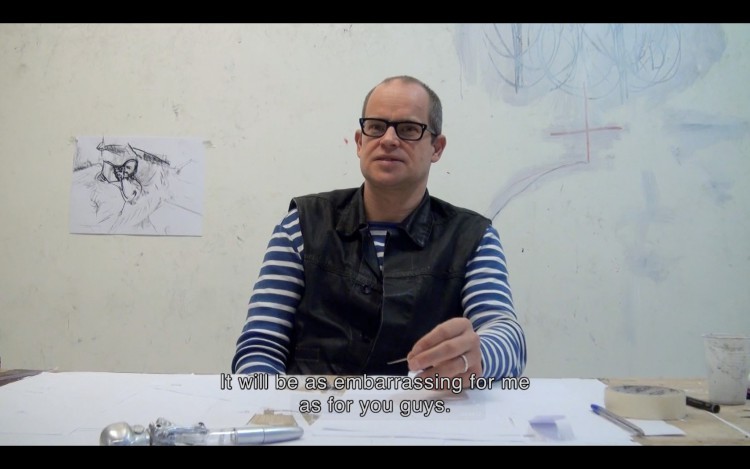 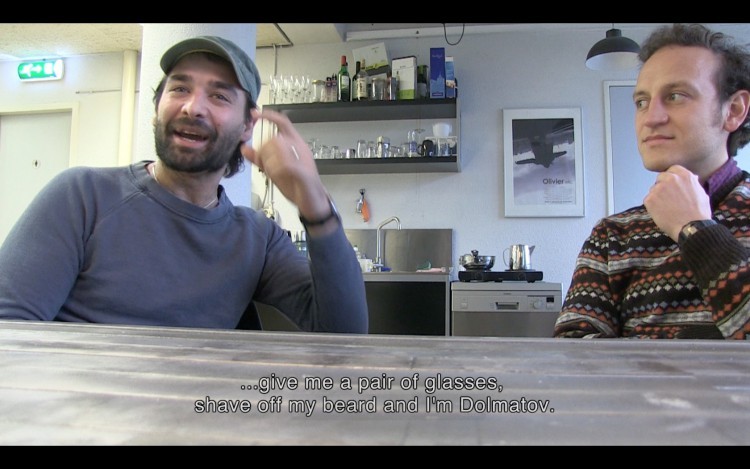 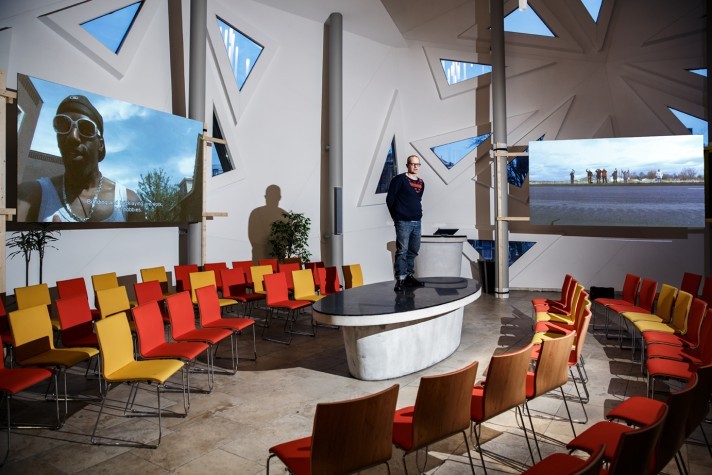 Due to popular demand and to coincide with the Art Rotterdam art fair, the Pauluskerk and TENT are extending the exhibition of Erik van Lieshout’s video installation DOG from 10 to 14 February.

Well-meaning aid workers, forlorn refugees, and an upset asylum seeker: the artist Erik van Lieshout’s new video installation, DOG, shows all of their vulnerabilities and powerlessness in the face of problems larger than themselves. TENT Rotterdam presents the Dutch premiere of the two-channel video DOG at Rotterdam’s Pauluskerk, known for caring for society’s most vulnerable people.

TENT Rotterdam proudly presents the Dutch premiere of DOG, a two-channel video by the artist Erik van Lieshout. The video is a monument for the Russian rocket scientist Aleksandr Dolmatov, and addresses the current practical and everyday consequences in Rotterdam of European refugee and asylum policy. TENT presents the installation in the context of the Pauluskerk, an organisation painfully aware of the consequences of such policies.
The people featured in the video, such as volunteers from Occupy Rotterdam, recount their stories in a direct manner. Every weekend, as a form of protest, volunteer activists wave to the refugees detained in the Zestienhoven detention centre, the holding location infamous for the tragic suicide of the Russian rocket scientist Aleksandr Dolmatov. With volunteers from the Ros Foundation, a support organisation for people without legal documents and rejected asylum seekers, van Lieshout plans to commemorate Dolmatov’s death. Then he remembers the Russian artist Oleg Kulik, who participated in the first Manifesta Biennale in Rotterdam as a dog that was often walked, naked, in the street. Shelter, asylum, accommodation, and relief – the unauthorised male immigrant from Sierra Leone who met Van Lieshout is indifferent to the aid workers. In a long monologue, he reveals he has been in the Netherlands, unauthorised, for ten years.

Pauluskerk
The Pauluskerk is especially known for its care of the homeless and refugees: people who need economic, social and spiritual aid. The Pauluskerk organises many accessible activities for visitors and those interested in the fields of religion, art, culture, and social issues. Additionally, the church holds regular Sunday services.

Erik van Lieshout (Deurne, 1968) is an artist who makes paintings, collages, drawings, installations, and videos. He is internationally recognised for his remarkable films, which address major themes such as love, nationalism, racism, and art’s social significance. He is always a protagonist within his work, asking the most confrontational questions without sparing himself.
www.tentrotterdam.nl