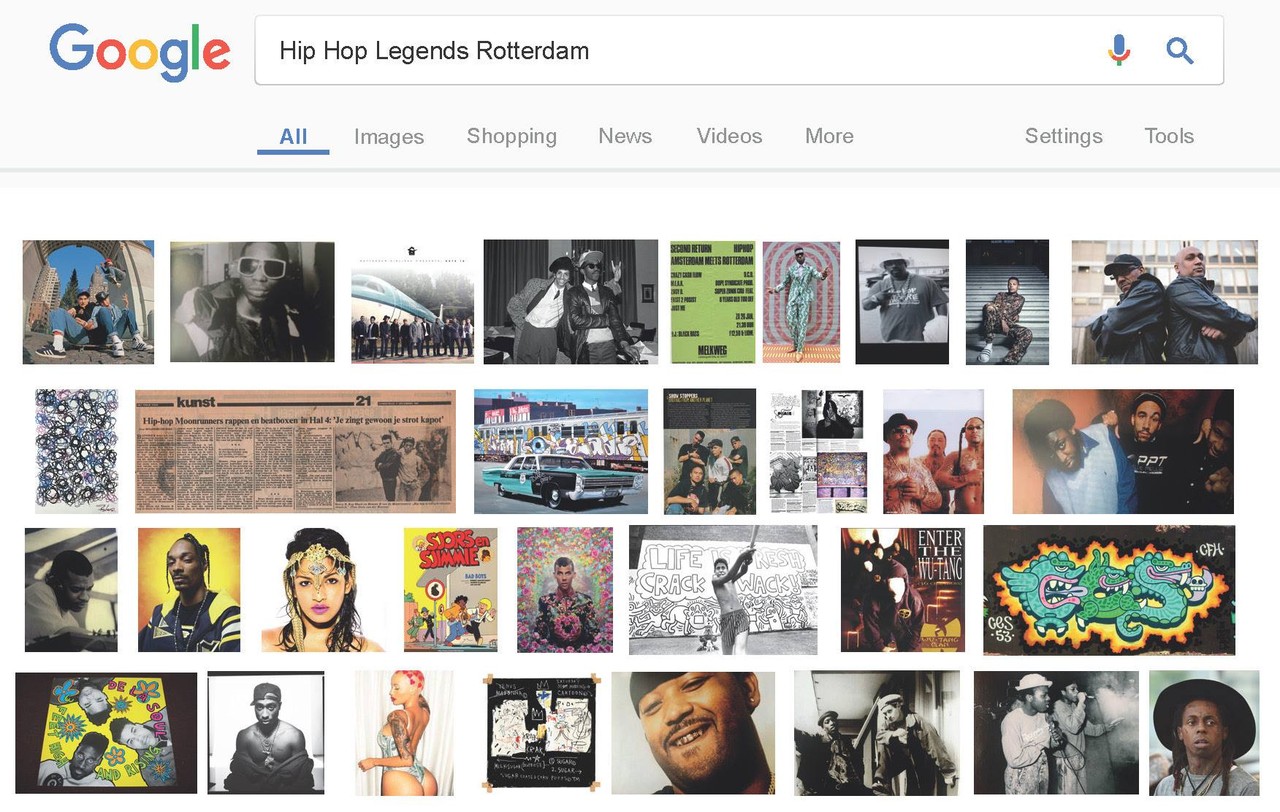 In Rotterdam Cultural histories #11: Disclaim the street Navin Thakoer presents an image of the history of hip hop culture in Rotterdam. For 40 years hip hop has been more than one movement: what it claims to be, what it takes as its domain, and which voices matter, all keep shifting. The same applies for hip hop’s history: there is not one story in which everyone involved would recognize themselves. Hip hop history is itself subject to different claims, and part of an ongoing vigorous debate.

Thakoer makes the discussion concerning hip hop and its heritages visible by appealing to social media and by asking: Who are the legendary Rotterdam hip-hoppers and why?

With his manifest Don’t believe the hype!, he puts hip hop in a historical perspective and on a topical and social area of tension. Time and again, hip hop offers room to create a temporary identity for a new generation of youngsters, and a way to reinvent themselves. Therefore, what hip hop actually means, or is supposed to stand for, in the specific social dynamics of today, is something completely different than 40 or 20 years ago.

The documentary Walkmen – The history of Roffadamn hip-hop (2002, 70 min.) forms part of Disclaim the street. This documentary was created by the Rotterdam artist, producer and label owner Mike Redman, in cooperation with editor Victor Vroegindeweij. By using rare archive images and interviews with Rotterdam head men, Walkmen relates the Rotterdam hip-hop scene of 1979-2001.

Navin Thakoer a.k.a. NaferLovesYou is a Rotterdam artist, who, using sample techniques, develops a variety of projects, in which ‘glocal’ culture, identity and interaction form central stage. In 2017, he managed to realize the NaferLovesYou Supermarket on the Rotterdam Coolsingel, showing exhibitions and activities concerning the variability of identity.
He also formed part of Transformerz, a collective of artists, musicians and DJs. From 1994-2003, during ground-breaking club evenings, this collective succeeded in linking together the influences from the various cultures present in the Netherlands, and thus created the basis for urban eclectic and a new Dutch urban discourse.