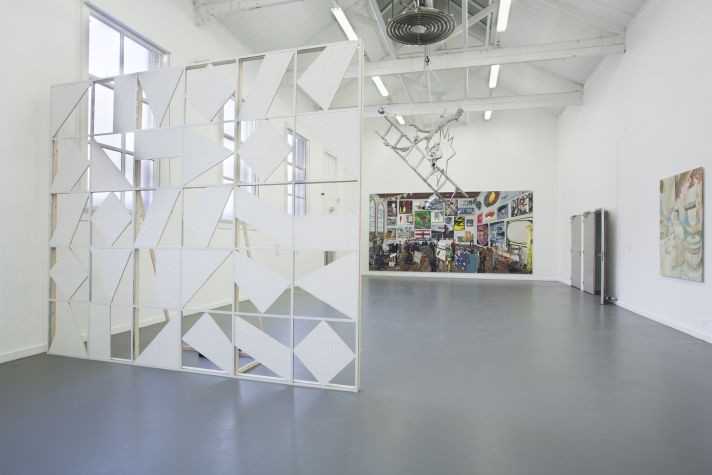 Shift & Drift shows a selection of Rotterdam artists, who have been given the opportunity to experiment thanks to the CBK Rotterdam's Onderzoek & Ontwikkeling (Research & Development) grant. In 2010, The CBK Rotterdam established this scheme for projects, residencies, publications, and research, to stimulate exceptional projects by Rotterdam artists, to enable them to deepen their professional practice, and to adopt a higher profile. The exhibition and accompanying publication both celebrate the fifth anniversary of the O&O scheme, showing the ambition and timeliness of the Rotterdam art world.

The exhibition includes work by seventeen artists whose offering to the O&O grant explored new possibilities in their work. The O&O grant has supported some of the artists in their ambition to do specific research abroad (Ine Lamers, Fatima Barznge, Lorelinde Verhees, Simon Kentgens). Efrat Zehavi works with clay sculptures, dolls or characters. During his participation at the SEMA Nanji Residency in Seoul, Jan Adriaan worked on a film about one of the city's many universities. "The Hongik' rumour," shows a fictional student musing over her own career, and the complex building pattern of the campus. Using support from the O&O grant, she went to Prague to learn classic animation skills. The O&O grant gave many artists the opportunity to deviate from their normal professional practice, and explore new techniques and principles. Jan van de Pavert made use of the O&O to enable a path of wandering, trying, and starting over again. Kiki Lamers turned her oeuvre completely upside down by taking a radical departure from painting. Wouter Venema immersed himself in a constantly evolving quest through different disciplines. Lucian Wester's colour photographs made ​​using an old technique, which, thanks to O&O support, he could realise himself. V&B (Ellemieke Schoenmakers and Alex Jacobs) introduced an old theme to a new era. Their monumental painting full of paintings is based on the 'kunst kamer' genre of the 17th century.

The Onderzoek & Ontwikkeling publication, designed Bart Oppenheimer, has 172 different projects by Rotterdam artists and will be published in March 2015.

Eelco van der Lingen, the director and curator of NEST in The Hague, curated the exhibition. Van der Lingen was a 3-year member of the committee that reviewed the applications for the CBK Rotterdam's O&O grant.
www.tentrotterdam.nl