The Value Of Nothing 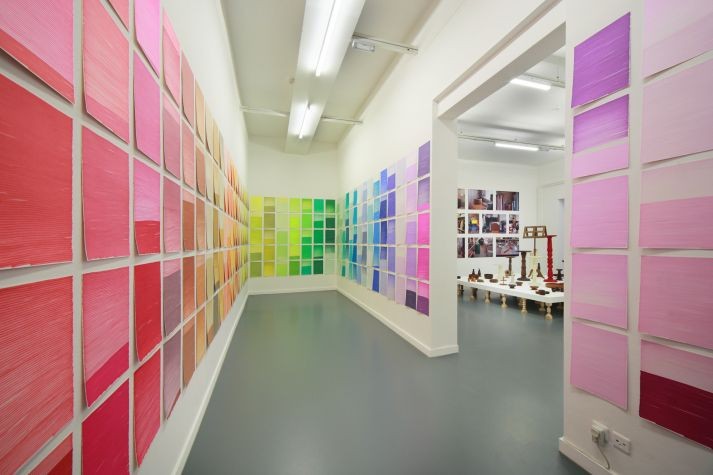 TENT presents The Value of Nothing with five newly commissioned projects, a group exhibition, Fieldwork Residencies, and an in-depth public program in which local and international artists reflect on our current economies and value systems. The Value of Nothing is curated by Jesse van Oosten (TENT) and Michel van Dartel (independent curator, V2_).

The Value of Nothing springs from long-term research initiated by TENT into shifts in thinking about value and economy, and the role that art can play therein. In the aftermath of the global economic crisis increasingly urgent questions arise that are related to neoliberal values seeping into almost every aspect of our lives. In addition to the known financial and economic criteria, can we articulate different ideas about the concept of value? What are other possible forms of economic exchange? And what do these alternatives mean for how value manifests itself?

The Value of Nothing presents artists who contribute to the current debate on the commercialization of society, expose the underlying mechanisms, or propose alternative strategies. They reveal value beyond the mainstream market, like Jeanne van Heeswijk’s project in Rotterdam’s Afrikaanderwijk district, or show that trade in a global economy also means non-monetary cultural exchange, as in Meschac Gaba’s artistic currency exchange bureau. Others, such as Remco Torenbosch, immerse themselves in the beauty and philosophical idea behind the distribution of goods, or like Paolo Cirio, deliver concrete possibilities for dodging tax.

The Value of Nothing brings together artistic practices and projects that reflect our current economies and value systems, or that focus on possible alternatives. Meschac Gaba, Jeanne van Heeswijk, Jonas Lund, Helmut Smits and Remco Torenbosch present newly commissioned works. Gil & Moti, Weronika Zielinska, Roel Roscam Abbing, Kym Ward and Oblique International will each participate in a Fieldwork Residency at a Rotterdam-based company or organization. They will each develop a proposal that deals with the values held or produced by the organisation, such as its hospitality to outsiders, equality on the workfloor, or success criteria. The proposals will be presented in TENT during Fieldwork Friday, on 3 and 24 October. In addition, on 16 October and 13 November, curator and writer Nat Muller organises Breaking the Bank: a two-part event in which academics, journalists, and other practitioners explore how art, value and the global economy are interrelated. In a research project, Erasmus University College students will discuss and explore the exhibition’s topics. The Rotterdam architecture firm ZUS designed objects that serve as a stage for the public program.


The Value of Nothing is made possible by: Stichting DOEN, SNS REAAL Fonds, and Mondriaan Fund