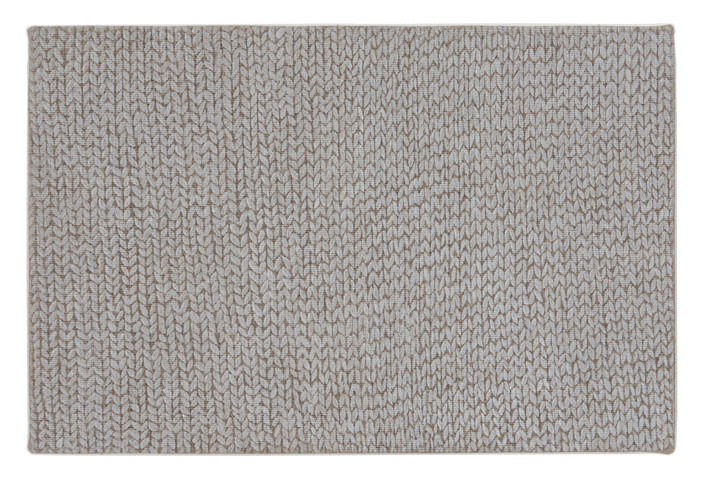 In this exhibition Helene Appel will present a series of new paintings that embody her ongoing investigation into the reciprocal relationship between how an object is painted and what it becomes as a representative gesture on the canvas: slipping between abstraction, figuration, readymade, and still life to occupy their very own elusive space. Appel is interested in the pictorial quality that each object she paints intrinsically has; simply by painting them, a transformation occurs which takes them beyond just realistic representation. Through her close observation of objects and the relationship she builds to the very nature of their materiality Appel has created compositions and methods of making each painting that are distinct and devised specifically to approach the particular qualities of the object depicted.

In the black thread paintings, black thread is replaced, stitch by stitch, by a thin painted line. The attempt to become like the black thread makes the gesture of the brush stroke (of the hand) very even and precise in its movement. The bodily adaptation of the gesture is very different from her normal brushstroke and particular only to these paintings. In contrast, the plastic sheet paintings are made with thin washes of watercolour that have the transparency of the plastic they depict and quickly drawn bold white articulated long lines that are gestural adaptations of the reflections on the folds of the plastic. Every original mark on the material of the canvas is fully visible, but veiled by the depiction of the plastic. In the new fabric paintings Appel has used a coarse hessian canvas and very liquid bright blue watercolour. As a consequence the paint soaks into the canvas, rather than sitting on the surface and the pattern of the woven hessian fibres provides the structure of the depicted fabric. Hence the ‘image’ of a coloured fabric very much embodies the object it is depicting.

Appel’s intention is not to deceive the eye with paint, but for the paintings to evoke the presence of the object. This ‘objectness’ manifests itself both in Appel’s choice of subject matter and handling of materials. Each object is painted to the exact scale of the original, causing substantial shifts of scale within the show and to the viewers physical relation to each piece. In a synthesis of form and representation, her process doubly serves the objects depicted and the construction of the composition. This reciprocal relationship extends to the bodily adaptation of the gestures used to paint the objects, which relates not only to their visual appearance on the canvas but to the physical qualities of the objects themselves.