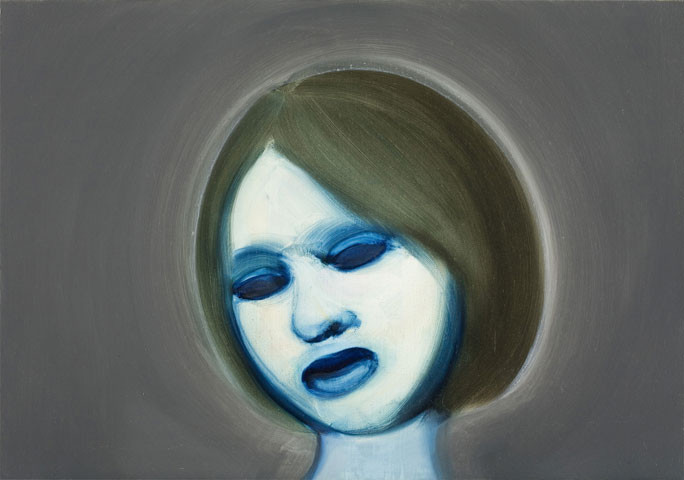 Mari Sunna’s paintings open up a meditative space inhabited by solitary figures. Her work captures the stillness of passivity, quiet and unresisting to the gaze of the viewer, yet almost swelled with dormant meaning. The figures emerge from the artist’s own memories, psychology and imagination and are coaxed into existence through solid brushstrokes, in a palette that is both sombre and vibrant.

Sunna acts as an uncertain messenger between the worlds of viewer and viewed, transmitting her indiscernible subjects with her evasion of detail. The figures and faces exist as milky solids, only just palely emerging out of the bare backgrounds of her canvases to stand vague and featureless before the viewer.

They are elusive characters: paradoxically kinetic and still, indefinitely describing physical as well as psychological shifts, and appearing to be mostly female but also as androgynous human prototypes. The figures may passively turn away from the viewer, or confrontationally return the viewer’s gaze, or stare back blankly with voided eyes. They flash their teeth, or seem poised to speak or scream, but even in their confrontation, remain intriguingly vulnerable.