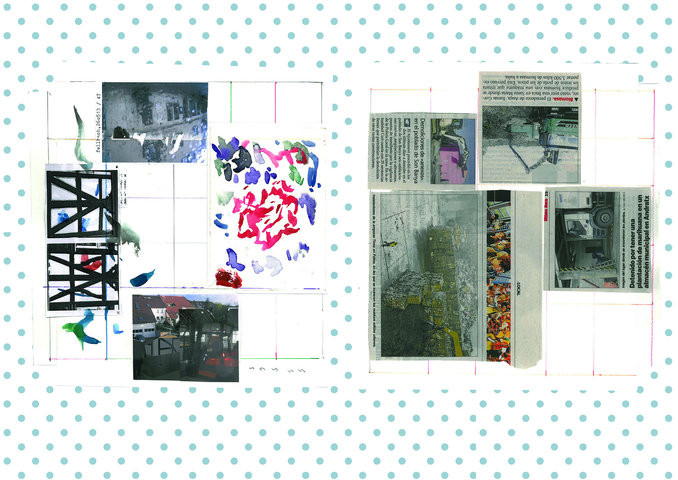 The Modern Institute are delighted to present Manfred Pernice, «anexos»LOCAL, the Berlin based artist’s second solo exhibition with the gallery. The exhibition runs from 6 July until 24 August 2013. There will be a preview on Friday 5 July, 5 - 7pm.

Pernice creates sculptures across a wide range of dimensions, ranging from walk-in structures to miniature models. Utilising conventional building materials such as, particle board, concrete, plywood and masonite, alongside found objects. Pernice’s sculptures suggest architectural fragments and utopian models of design and installation, exploring the relationship between interior and exterior space. His work stems from an interest in containers — whether buildings or shipping vessels — as symbols for the human obsession with systematising and regulating.

Taking the title of his show from an amalgamation of Spanish newspaper clippings reporting stories of demolition and the containment or destruction of waste, «anexos»LOCAL explores the relationship between objects, the viewer, and their environment.
Everything lies on the floor within four “cassettes”, creating a platform within which to package, categorise and display. Through this sorting system and (waste) separation, useful objects are identified and selected, allowing the value of each element to be determined.
On the walls are several paper collage works, presenting Pernice’s research or investigations, and highlighting the connections between the sculptural objects and the artist’s methodology. Through this hybrid method of display and the ratio of articles and objects towards each other, and within the space, Pernice creates and contains a complex habitat which further problematises his systematic approach. This organisation and connection between the exhibited objects are optional systems for display and containment, proposed by Pernice as an open ended narrative, which the viewer can momentarily activate.