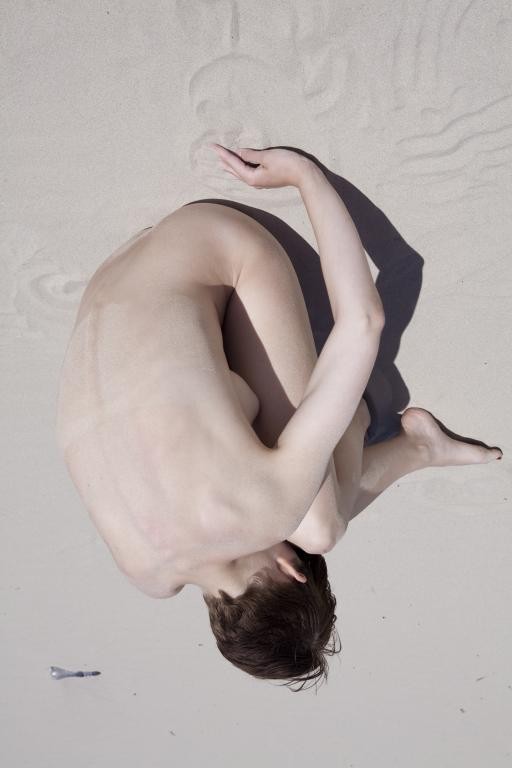 In this marvelous exhibition, Viviane Sassen is less fashion photographer, more contemporary artist. Her forms are often sculptural but most
striking is her breathtaking colour palette.
***** Evening Standard

Analemma: Fashion Photography 1992 – 2012 is the first London presentation of works by Dutch-born photographer Viviane Sassen (b. 1972), one of the most exciting and creative figures working across contemporary art and photography today.

Her highly distinctive style reflects an innovative and dynamic approach to the medium, producing images that foreground an expressive use of colour and tone, unusual viewpoints and a sculptural concern with form and shape that often lends a surreal quality to her compositions.

This exhibition focuses on her fashion work and features around 350 images that subvert the limits and conventions of this genre. Sassen has conceived an immersive installation for The Photographers’ Gallery, presenting her images as a series of dynamic looped projections which sweep over and across the Gallery walls and floor. Mirrors and specially defined projection areas dissect the photographed bodies and disturb the viewers’ sense of gravity and viewing expectations.

The title Analemma refers to an astronomical term describing an eight-shaped curve, which maps the position of the sun in relation to time. Here it evokes the transient seasonal flow of fashion, as well as echoing the constantly moving projections in the space.

Sassen’s work is characterised by an unwillingness to conform to prevailing codes and conventions, especially those that have come to dominate the worlds of fashion and advertising. Her interest is in a visual frame driven by shape and silhouette, volume and line. Elaborate layering of bodies, textures, backgrounds and colours form part of a distinct aesthetic, with models’ limbs often obscured, merged or transformed into two-dimensional patterns. Through this exuberant formalism, in which figurative and abstract concerns remain in constant dialogue, her subjects appear unrestrained with the flexibility to be read as physical and graphic forms.

Viviane Sassen studied Fashion Design and Photography at Hogeschool voor de Kunsten, Utrecht, and at Ateliers Arnhem in the Netherlands. She has worked on award-winning campaigns for Stella McCartney, Adidas, Miu Miu, and Missoni, and for magazines such as, i-D, Purple, AnOther Magazine, Dazed & Confused and POP. She has been awarded the Prix de Rome (2007), the ICP Infinity Award for Applied and Fashion Photography (2011) and in 2013 exhibited at the Venice Biennale.

A fully illustrated catalogue to accompany the exhibition is available form our Bookshop.
www.thephotographersgallery.org.uk