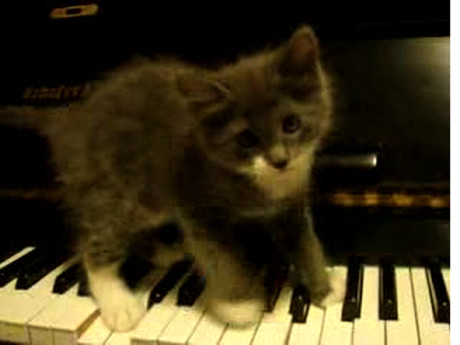 Responding to the contemporary desire to go “back to nature,” The Power Plant’s summer group exhibition highlights interspecies encounters. What happens when humans, animals and the natural world meet? What forms of communication, miscommunication, intimacy, and exchange ensue?

As the industrialized world further encroaches on the natural world, species live in ever closer proximity. Yet many people feel profoundly cut off both from natural environments and from their own animal natures. Our deep longing to connect with non-human life forms is reflected in contemporary phenomena ranging from the boom in pet ownership and the widespread anthropomorphism in popular culture to the upsurge in vacations that promise to transport us to unspoiled lands.

However, despite this deep-seated sense of alienation from nature, the species are in fact closely related. For instance, as Donna Haraway notes in her book When Species Meet, 90 percent of human cells are filled with the genomes of bacteria, fungi, protists, and such, with only 10 percent comprising human genomes. ‘Adaptation: Between Species’ explores this commonality between the species and considers the various forms of intelligence and knowledge they share. It also asks what our interactions with other species reveal about our human as well as our animal natures. Highlighting the urge to observe, touch, live with, and mimic other species, the exhibition delves into the intimate and, at times, uncanny fusions that result. From another perspective, ’Adaptation’ looks at the facility that animals have in adapting to our domestic and urban environments, including the ability to “train” their masters.

Coinciding with the United Nations International Year of Biodiversity, the exhibition considers how adaptation functions as a form of biological and cultural survival. ‘Adaptation’ also builds on Roger Caillois’ 1935 essay “Mimicry and Legendary Psychasthenia”—which was central to Surrealist thought as well as to Jacques Lacan’s theories of the Mirror Stage—to think through the spatial, aesthetic and psychological nuances of camouflage and assimilation. However, ‘Adaptation’ also takes a realistic view of human/non-human dynamics: it acknowledges the unbalanced and exploitative power relations that too often characterize our society’s attitudes toward other life forms.

This focus on the interface between humans and other species builds on a rich body of critical work that is emerging in various disciplines, from policy and law, philosophy, anthropology, science, and cultural studies, to animal rights and environmental activism. Influential studies include Giorgio Agamben’s The Open: Man and Animal, Jacques Derrida’s The Animal That Therefore I Am, Gilles Deleuze’s The Body, the Meat and the Spirit: Becoming Animal, Richard Dawkins’ The Greatest Show on Earth: The Evidence for Evolution, and Donna Haraway’s impressive oeuvre on human/animal relations. Academic institutions are also addressing similar questions. In Ontario alone, a recent studio art class at the University of Guelph explored the phenomenon of “cultural followers”—animals that thrive within human environments—and in 2009 the Ontario College of Art & Design launched a module on Biomimicry & Design.

‘Adaptation: Between Species’ presents the work of leading international artists alongside that of newer figures whose work has gained international attention. Ranging in tone from reverent to decidedly iconoclastic, and created with media including photography, film/video, sculpture, and painting, works in the exhibition examine the lure of primeval states and primitive behaviours, and the urge to understand oneself as wild at heart.