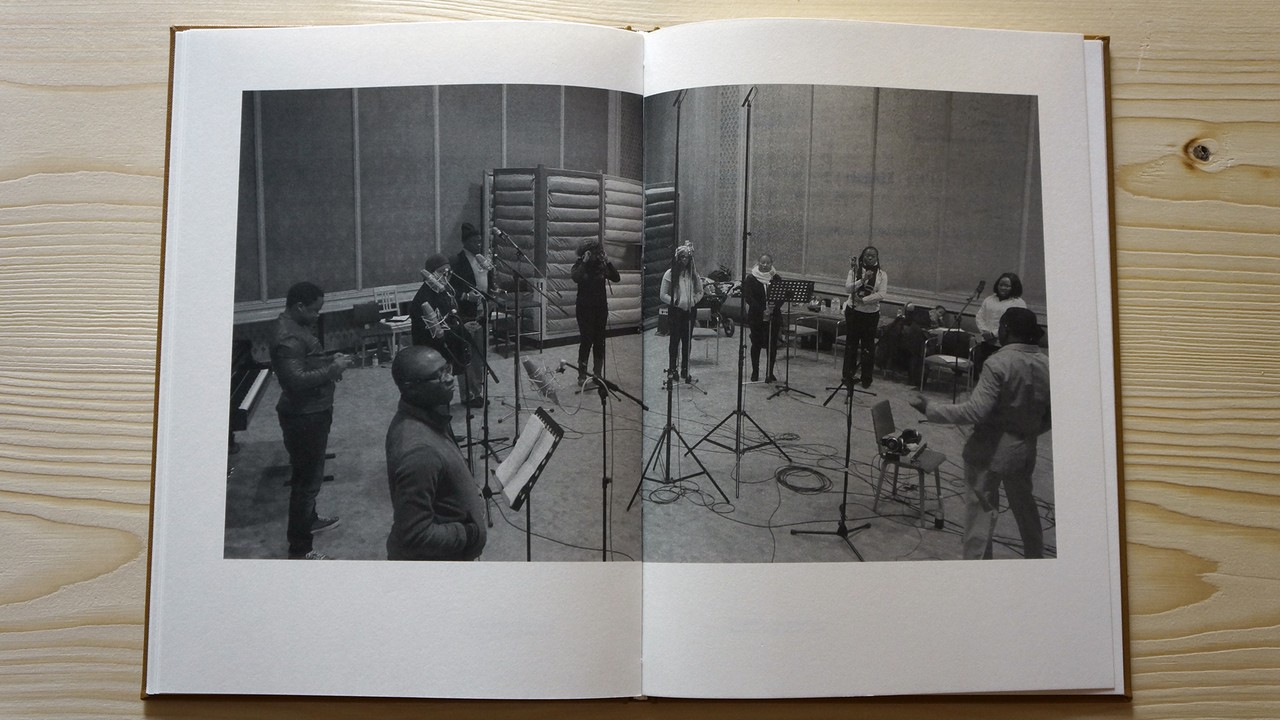 Through his audio installations Emeka Ogboh explores how private, public, and collective memories and histories are translated, transformed and encoded into sound and sonority. These works contemplate how sound captures existential relationships, frames our understanding of the world, and provides a context in which to ask critical questions around immigration, globalization and post colonialism.

An ongoing facet of his practice has been an engagement with the sonic topography of cities, particularly the Nigerian mega-city Lagos, the protagonist of his Lagos Soundscapes. Regarding the city as a “composer” and the potential of sound as a medium of intervention and knowledge exchange, Ogboh interrogates the narratives embedded in these urban soundscapes. As the city undergoes infrastructural changes, certain elements of the aural landscape disappear or are displaced, and new ones surface: LED signs render the calls of bus drivers announcing route stops obsolete, the rumbling of construction signals new developments, the banning of street hawkers from zones throughout the city relocates their calls to marginalized areas, the buzz of power generators increases during electricity cuts. In his work Market Symphony (2015) the artist documented the sounds of a sprawling open-air market in Lagos, capturing the cries of traders, the honking of car horns, street music interlaced with chitter chatter; as a unique aural record of a city, which he then brought to life in an immersive sound installation at the Smithsonian's National Museum of African Art, some 5,407 miles away. Whilst engaging with processes of archive-making by documenting a city undergoing rapid change, Ogboh has also used existing audio archives to explore how nostalgia and memory operate in the national imaginary. Ambivalence of 1960 (2012/2014) featured a montage of excerpts from speeches made during independence celebrations in Nigeria to consider how those communicated hopes for the future and Pan-African aspirations reverberate through and contrast with the present reality. The ways in which sound can produce an affective experience, evoking the particularities of place through its psychic and physical effects, frequently resonates in Ogboh’s other works.

The Power Plant will present Emeka Ogboh’s ten-channel sound installation The Song of the Germans (Deutschlandlied) (2015), in which he recorded a choir of African immigrants singing the German national anthem in their various mother tongues (Igbo, Yoruba, Bamoun, More, Twi, Ewondo, Sango, Douala, Kikongo and Lingala). Each voice is projected through an individual speaker, placed at the height of the singer, so that the viewer experiences every voice both singularly and as part of a united polyphonic choral effect. By giving the sound sculptural form within the space, the work produces a corporeal awareness that distills the grandiosity of a national anthem – meant to incite a sense of the collective – to the level of the individual. By virtue of its intangibility, sound is perhaps all too easily extracted and considered apart from its socio-political context. Ogboh’s work demands a regime of perception in which this isn’t easily dismissed. The work addresses questions of belonging and the realities of access and acceptance in a seemingly globalized world. In a time where one’s accent or dialect can be cause for denial of asylum, the artist orients our attention to the very voices of those who have been marginalized.