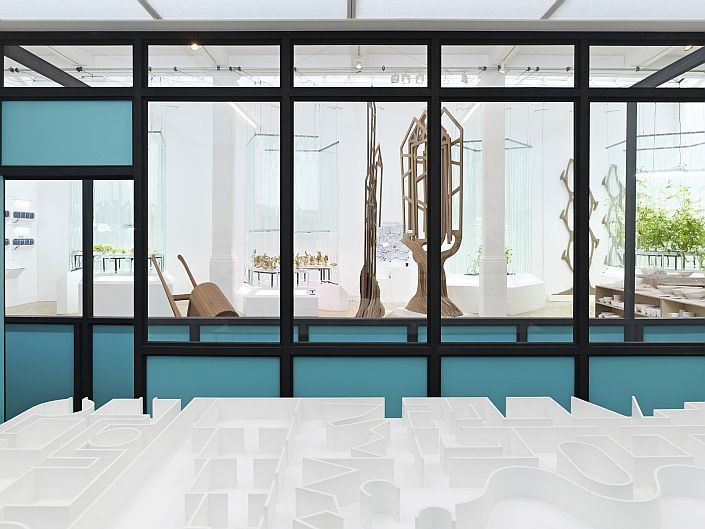 Making its Canadian premiere at The Power Plant, artist Pedro Reyes’s installation Sanatorium is an ongoing performative project involving therapy sessions that visitors can experience in an effort to cure ills associated with urban living.

Making its Canadian premiere at The Power Plant, Sanatorium is an artwork by Mexican artist Pedro Reyes. It is a transient clinic that provides short, unexpected therapy sessions in an effort to cure ills associated with urban living. Much like an actual clinic, it is an environment where visitors are greeted by receptionists who schedule appointments for them in order to determine what kind of therapy is appropriate to their individual needs. Visitors are then directed to sit in a waiting room before proceeding with a session delivered by a therapist who has been specially trained by the artist. While some of the therapies should be experienced alone, others are specifically catered to larger groups.

First presented by the Guggenheim, New York in 2011, Sanatorium was developed as a project to improve the sanity of the general citizen and has since traveled to venues including Whitechapel Gallery, London (2013) and dOCUMENTA (13), Kassel (2012). Each time it is presented, Reyes adapts the sessions to the context of the locale. For its iteration at The Power Plant, Reyes offers a new therapy entitled The Extraction of the Cop in the Head, a session intended to give participating visitors a means to stop self-censorship when faced with oppressive situations.

While the sessions differ with each venue, the content and procedures for them are always prepared by Reyes and carried out by volunteer participants who are trained as Sanatorium therapists. It is through this involvement of non-professionals that Reyes challenges the notion of hierarchy, in the process transforming the gallery into a site for democratized psychological processes. Trained as an architect, Reyes is known for his structures, relational installations and his performance and video work. His practice addresses the relationship between physical and social space, using both formal and narrative methods to explore interpersonal relationships as well as political and economic exchange. Sanatorium is a relational installation in which audiences experience the work through active participation.