Summer Exhibitions at The Power Plant 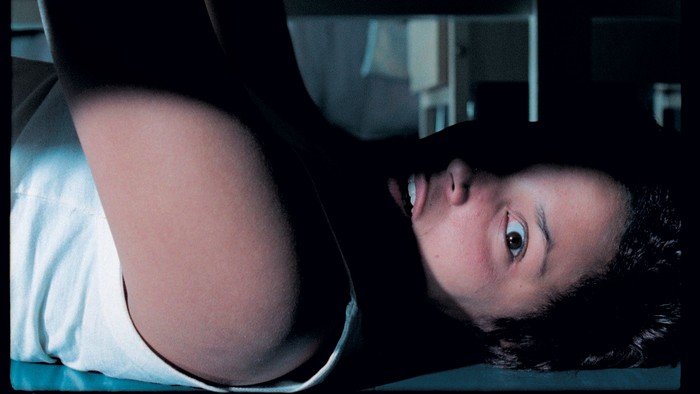 TORONTO - The Power Plant Contemporary Art Gallery at Harbourfront Centre is excited to announce its Summer Program for 2007 – in association with The Power Plant’s 20th Anniversary.

Following yet another resoundingly successful set of exhibitions for Spring 2007, Fiona Banner’s The Bastard Word and Yael Bartana’s Ritual, The Power Plant presents Auto Emotion: Autobiography, emotion and self-fashioning. The exhibition features an all-star cast of leading and emerging international and Canadian contemporary artists whose works intersect at the crossroads of autobiography, emotional display and self-performance.

“The exhibition features artists who wrestle with the question of how to represent the self and the realm of the emotions without resorting to clichés,” notes Director of The Power Plant, Gregory Burke. “In response they draw inspiration from events in their own lives, and in so doing explore art’s potential for transformation and catharsis.”

Underlying the works in the exhibition is an interest in the relationship between social conformism and autonomy, brain chemistry and emotion, automatic behavior and self determination, the fictional and the real.

The exhibition features some of the world’s most prominent artists and includes major installations by Finnish artist Eija-Liisa Ahtila and French artist and writer Sophie Calle, who is also representing France at the 2007 Venice Biennale. It also includes important but lesser known Canadian and International artists such as Reza Afisina from Indonesia.

As The Power Plant’s most ambitious group show for 2007, Auto Emotion is being presented in association with the 20th Anniversary of The Power Plant and the inaugural Luminato, Toronto’s Festival of Arts and Creativity.

Auto Emotion:
Autobiography, emotion and self-fashioning
Opening reception and Summer Party will be held at The Power Plant Contemporary Art Gallery, 231 Queens Quay West, on Thursday, May 17, from 7 to 11 p.m.. Admission to the reception is FREE and open to the public.

A separate media release will follow with associated public programmes.

In association with the summer exhibition Auto Emotion, celebrated Mexican-Canadian multi-media artist Rafael Lozano-Hemmer is creating Pulse Front: Relational Architecture 12, the world’s largest interactive light installation, on display over The Power Plant and Harbourfront Centre from June 1 to June 10 from dusk to midnight.

Pulse Front features a matrix of light beams from twenty of the world’s most powerful robotic searchlights. Beams of light, activated by the pulse rate of passersby who interact with the work, will form a canopy of light over The Power Plant and will be seen for up to 15 kilometres away.

“Lozanno-Hemmer has been acclaimed around the world for his large scale interactive works he describes as anti-monuments, but this is the first time that this Montreal-based artist will present such a work in Canada,” says Gregory Burke, Director of The Power Plant and the curator of the installation.

“With Pulse Front the heartbeats of participants will become luminous autographs projected into the sky, based on cardiograph readings that record changes in physical and emotional states.” says Burke.

Pulse Front is commissioned by and premiered at Luminato, curated by The Power Plant, co-produced with Harbourfront Centre and sponsored by TELUS.

The Pulse Front installation is one highlight of the 20th anniversary program of exhibitions and events presented by The Power Plant. The program begins in May and acknowledges 20 years of showcasing and inspiring cutting-edge art and ideas and exhilarating the arts community in Canada and around the world.

The Power Plant Contemporary Art Gallery’s 20th anniversary will include high-profile events, including Power Ball 9 on May 3rd. Titled Revolution, this year’s ball acknowledges 20 years of innovation at The Power Plant and the Power Ball’s own reputation as the most glamorous annual fundraising event in Toronto’s social calendar.

Over the past 20 years, exhibitions have featured leading figures early in their career, – Frank Gehry, for example – while public programs have deepened audience appreciation for the ideas informing contemporary art. The Power Plant is not resting on its laurels and has recently expanded public programs with a new series of LIVE, LECTURE, LOUNGE events, as well as FORUMS, SUNDAY SCENES and ARTIST PLAYLISTS.

A spectacular summer program of events will be announced shortly.

For more information on public programmes, the public can call 416-973-4949 or visit www.thepowerplant.org