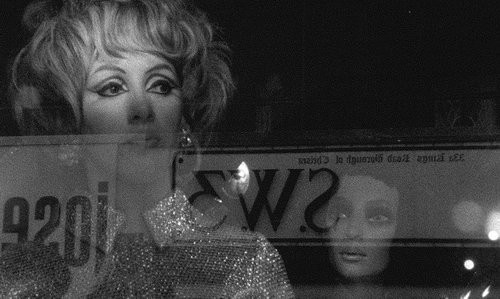 The work will be projected in a specially built cinema located in the gallery’s lobby area. Screenings will begin on the hour throughout The Power Plant’s regular opening hours.

Working with moving images, sound, text, and curatorial practice, London-based artists The Otolith Group explore media archives, histories of futurity and the legacies of 1960s anti-imperialism, such as the Non-Aligned and tricontinentalist movements. The Otolith Group was included in The Power Plant’s Summer 2009 ‘Universal Code: Art and Cosmology in the Information Age’ with the first two parts of their eponymous trilogy. In collaboration with the Toronto International Film Festival’s Future Projections program, we are very excited to present the North American premiere of Otolith III (2009).

Otolith III takes The Alien, the unrealized screenplay by legendary Bengali director Satyajit Ray (Pather Panchali, The World of Apu), as its point of departure. Written in 1967, The Alien would have been the first science fiction film to be set in contemporary India. Otolith III returns to 1967 to propose an alternative trajectory in which the fictional protagonists of The Alien attempt to seize the means of production in order to create the conditions for their existence as images. The result is a rigorous, intellectually and visually dazzling treatise on cinematic representation past, present and future.

The Otolith Group was founded in 2000 in London by its core members Anjalika Sagar and Kodwo Eshun. Their works have been presented internationally, including at documenta 12 (2007), 7th Shanghai Biennial (2009), Nottingham Contemporary (2010), and Bucharest Biennial 4 (2010). Their curatorial projects include ‘The Ghosts of Songs: The Film Art of The Black Audio Collective’ (2007) and the co-curation of ‘Harun Farocki, 22 Films: 1968-2009’ (2009). The Otolith Trilogy (2003–09) was presented in the solo exhibition ‘A Long Time Between Suns Part I and II’ at Gasworks and The Showroom, London (2009). The Otolith Group is nominated for the Turner Prize 2010.