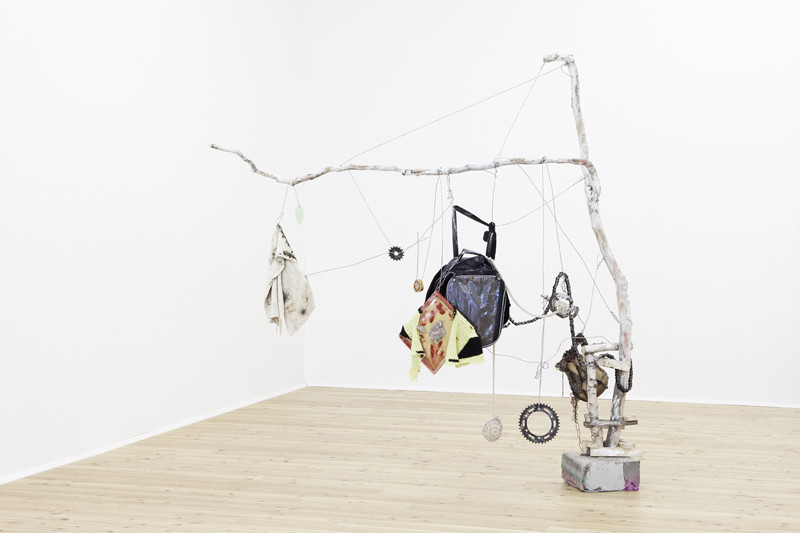 “Capitalism is so invasive in our lives that it has become basically impossible to live without it. The idea for this show came to mind after reading Ted Botha’s book, “Mongo”, a record of his travels among rubbish collectors, who are as varied as the kinds of mongo. The myriad reasons for collecting rubbish draw upon the most basic of human desires: some people collect for fun, others to make a living; some to find friends, others to snoop; some to make a political statement, others because it is an addiction. We are so invaded by mongo that artists have to start or arrive to that point to create something beautiful. This show is about beautiful rubbish, something that has value just because it has no value at all, something that has been dismissed and tossed out, discarded and then saved, reused. These two different approaches aim for the same goal: to appreciate something useless, problematic to the public’s purview, and transform it into an object of value. This assertion is inherently mystical and shakes the very foundation of societal beliefs concerning worth. All of the artists in this show are attracted to the idea that something considered by our society as negative, is actually the sacred heart where beauty is preserved. “
www.thomasbrambilla.com