A Certain Tendency in Representation 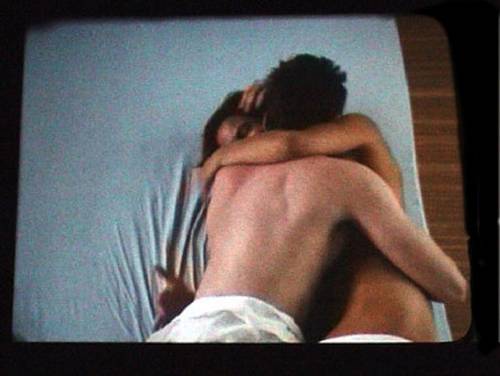 A Certain Tendency in Representation


The directors of Thomas Dane are pleased to announce the forthcoming exhibition A Certain Tendency in Representation, a project that will convert the gallery into a fully functioning cinema for one week only. The screening room will be a total installation by Slovenian artist Tobias Putrih (b.1972). Taking the form of a cinema festival, the show will consist of films by young contemporary international and UK-based practitioners sharing a passion for cinema – many of whom will be exhibiting in London for the first time. From linguistic to architectural concerns, the participating artists pay homage to every aspect of cinematic art. Highlights of the programme include special screenings of Paul Sietsema’s visionary film Empire (2002) and John Bock’s surreal Meechfieber (2004), which will be shown on three evenings.

For his first London exhibition, Tobias Putrih has been commissioned to make a life size projection room consisting of a small, 25-seat ‘viewing machine’, inspired by early 20th century cinema theatre design in London and built in collaboration with the architect Luka Melon. Putrih’s investigations into modernist organic architecture, particularly as manifested in the UK through the ‘Odeon Style’, develop his ongoing preoccupation with the history of exhibition display, and combine to propose an experimental alternative to the ‘black box’ as the dominant model for showing time based art. Architectural models and drawings by the artist will also be included in the exhibition. The sculptural installation will serve as a purpose-built container for the screening of the ‘film festival’.

The group exhibition of short films will consist of a four hour long cinema programme, divided into two parts and projected once a day. It aims to point out the interest amongst younger time-based artists for addressing the cinematic apparatus as a way to filter the world presented in front of the camera. This generation seems to be drawn to film and its visual vocabulary for its constrictive aesthetic rigour. Works such as Dorit Margreiter’s 10104 Angelo View Drive (2004) or Isabell Heimerdinger’s Love Film (2004) combine a fascination for the flickering images of 16mm with conceptual precision. Unlike video, film implies the artist’s mastery of cinematic techniques: films such as Clemens von Wedemeyer’s Otjesd (2005) and Christian Jankowski What Remains (2004) seek to unveil the social and cultural implications behind cinematic production and consumption. The second room of the gallery will host a selection of artworks by the same group of practitioners, conceived and installed as a cineclub hall.

The title of the exhibition – referring to the infamous article Une Certaine Tendence du Cinéma Français published by Francois Truffaut in Les Cahiers du Cinéma no. 31, 1954 – alludes to the freshness with which the artists express their sincere fascination for cinema as a representational device and aesthetic tool to mediate reality. The exhibition is not based on a thematic concept, but rather tries to identify and articulate a passion shared by its participants. It addresses both cinema as an architectural space of altered perception and the notion of the imperceptible filtering that takes place while conceiving a cinematic representation.

Entrance: due to limited seating booking is necessary
email cineclub@thomasdane.com; cinema ticket £2 (optional)
profits will be donated to the Cinema Theatre Association