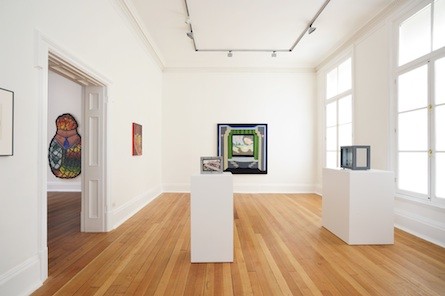 ‘Chicago Imagists 1966-1973’ will present a rare opportunity to discover - or rediscover - one of the most idiosyncratic and visually striking group of artists to emerge from the United States in the 60’s and 70’s. This work has very seldom been shown in the UK. The exhibition, organized in collaboration with Chicago’s Corbett vs. Dempsey Gallery, does not attempt an encyclopaedic reading but instead, with the help of Albert Oehlen, a carefully-edited presentation of works by Roger Brown, Ed Flood, Art Green, Philip Hanson, Robert Lostutter, Jim Nutt, Christina Ramberg and Karl Wirsum.
www.thomasdane.com