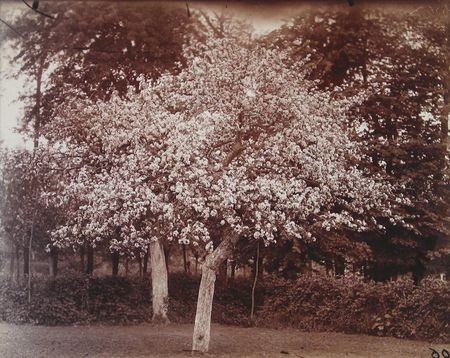 Galerie Thomas Zander presents "Parks and Trees" – a selection of photographs by Eugène Atget and Lee Friedlander. The unique opportunity of acquiring original prints by Eugène Atget from the Abbott-Levy Collection at The Museum of Modern Art in New York presented the occasion for this exhibition. With impressive b/w images of park landscapes, forests and floral still lifes, photographs from the realm of nature will be shown, a theme to which both Atget and Friedlander devoted considerable attention in their later work.

Eugène Atget (French, 1857-1927) is doubtless one of the most important photographers beyond his time, as he ushered classical photography into modernity with his artistic ambition. Unmistakably picturesque views of Paris form the core of his oeuvre. Series like Le vieux Paris and Paris pittoresques, in which Atget depicted street scenes and quarters of Paris with his 18 x 24 cm camera, have become famous historical documentations. Because of the great diversity of his motifs and his self-contained iconography, Atget's work goes beyond classical photographic documentation, so that he is regarded as the founder of conceptual photography. Atget strongly influenced the art scene at the latest as of the 1920s, becoming an important model and source of inspiration for many photographers not only in his time, but also for later generations of artists. Apart from Lee Friedlander, a whole series of photographers like Stephen Shore, Garry Winogrand, Henry Wessel and Bernd and Hilla Becher have repeatedly alluded to Atget in their work.

In the last years of his life, Atget met the young photographer Berenice Abbott, who acquired Atget’s collection from his estate after his death 1927. Later Abbott and the American art dealer Julien Levy sold the collection to The Museum of Modern Art in New York. It is also thanks to Abbott that Eugène Atget posthumously received the acknowledgement he did not get in his lifetime.

Lee Friedlander (b. 1934) became well known with his b/w documentary photographs of American street scenes and is considered to be a critical chronicler of the American way of life. Being one of the most important representatives of Street Photography, he captures people in urban situations and thus reflects on modern, alienated life. Apart from city and street scenes, Friedlander also covers the genres of the nude, self portrait, landscape or still life, the latter of which are presented in the exhibition. Eugène Atget is a great influence on Friedlander’s work. The driving force behind both their oeuvres is above all the motivation to engage with their immediate lebensraum.
Friedlander’s photographs are in the collections of renowned museums, e.g. The Metropolitan Museum of Art, New York. His work is widely acknowledged through numerous publications and international exhibitions. As early as 1967, the American photographer received much attention in the exhibition New Documents at The Museum of Modern Art, New York, alongside Diane Arbus and Garry Winogrand. A large retrospective featuring work from 1956 to 2004 was mounted by Haus der Kunst in Munich in 2005/2006, organized by Peter Galassi, Chief Curator, Department of Photography at The Museum of Modern Art. The MoMA first acquired Friedlander’s works in 1964 and has since presented Friedlanders work in large solo and travelling exhibitions. Among other awards, the photographer received the Hasselblad Foundation International Award in Photography in 2005.Lee Friedlander lives and works in New City, USA.
www.galeriezander.com