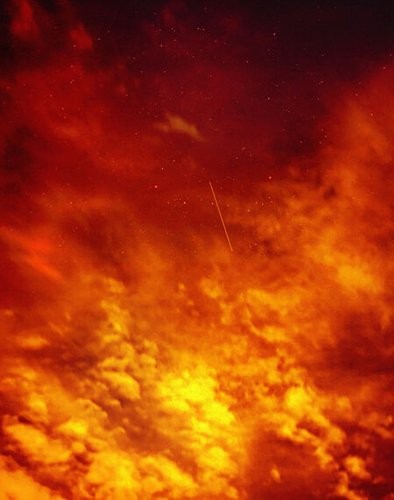 Opening reception: Sat, 21 March, 4 p.m.
The artist will be present at the reception.

Followed by a book signing in cooperation with Schaden.com

Galerie Thomas Zander presents an exhibition of works of the American artist Trevor Paglen, who tackles current and highly controversial issues and receives much media attention. The geographer teaching at the University of California in Berkeley investigates phenomena which are kept stricly secret and whose existence is obscured from the public eye. It is only through technically experimental and extensive research projects that Paglen is able to reveal what was classified by high-ranking officials. He works his observations and insights into his books and art.
Only recently, Paglen has received the SECA Award from the San Francisco Museum of Modern Art. In 2008, the Berkeley Art Museum in California mounted a comprehensive solo exhibition; in 2010, his work will be on view at the Vienna Secession. In addition to a number of group exhibitions, lectures and public projects, Paglen takes part in the Istanbul Biennial this year. We are pleased to show his work for the first time in Germany.
The exhibition A Compendium of Secrets is a collection of images and photographs depicting secret military and intelligence programs undertaken by the United States government. Often blurry, incomplete, and torn out of context, the images capture the sense of seduction that secrecy creates through its characteristic dynamics of concealing and revealing. On view are photographs of secret reconnaissance satellites in the night sky, photographs of secret military bases and CIA prisons from around the world, the portrait of a CIA “rendition team” member taken from a fake passport, and a curious collection of patches and insignia designed for top-secret military projects.
Paglen’s astrophotographs depict secret American spacecraft against backdrops of stars, constellations, and nebulae. To develop the project, he used observational data provided by an international network of amateur “satellite observers,” then worked with a team of computer scientists and engineers to develop a software model to describe the orbital motion of secret spacecraft. This allowed Paglen to make very accurate predictions of where American military and intelligence satellites would appear in the night sky. Using photographic techniques originally developed for astrophotography, Paglen photographs what he calls “the Other Night Sky.”
For his photographs of classified military installations in the American West the artist also uses the tools of astronomy. With these landscape photos, Paglen is interested in photographing places that often do not officially “exist.” The majority of the secret military installations depicted in his photos are, quite literally, invisible to the unaided eye behind dozens of miles of restricted military land. To produce images of these hidden spaces, Paglen attaches cameras to a collection of high-powered astronomical telescopes with focal lengths up to 7000mm. The dozens of miles of thick haze and heat depicted in his photographs, however, mark the physical and epistemological limits of vision.
Copies of passports show portraits like that of “Anne Linda Jenkins”, a CIA officer assigned to a “rendition team”: This woman’s job is to help the CIA kidnap terror suspects from around the world and deliver them to third countries such as Egypt, or to a network of secret CIA-operated prisons. The portrait draws attention to ways in which the everyday and the extraordinary collapse into one another. The older woman depicted in the photograph (originally from a fake passport Paglen obtained from an Italian Hotel where the woman stayed) is not what most people would think of if asked to imagine what a CIA paramilitary operative might look like.
The distinctive interplay between revelation and secrecy, evidence and abstraction, characterizing Paglen’s work is also at play in his “symbology” series, the subject of his recent book I Could Tell You But Then You Would Have to Be Destroyed by Me. In framed collections of military patches designed for “black” defense programs Paglen presents an enigmatic take on the ready-made. The bizarre symbolism contained in the patches echo the symbolic art of ancient mystery cults and secret societies, suggesting programs and projects whose names cannot be spoken.
Trevor Paglen was born in Maryland in 1974. He lives and works in Berkeley, California. Paglen holds a B.A. in Religious Studies and Music Composition from the University of California, Berkeley, a M.F.A. in Art and Technology from the School of the Art Institute of Chicago, and a Ph.D. in Geography with a Designated Emphasis in New Media from UC Berkeley, where he currently teaches. Since 2000, the work of the award-winning artist has been shown in a number of international solo- and group exhibitions, while Paglen has also taken part in numerous festivals, lectures and public projects. His research is documented in several books, the most recent of which is called Blank Spots on the Map: The Dark Geography of the Pentagon's Secret World and was published by Dutton in February 2009.
www.galeriezander.com