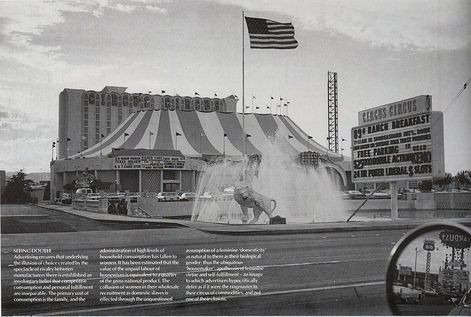 Galerie Thomas Zander is pleased to present the series US 77 by British artist Victor Burgin. In US 77, one of his earliest and most influential photographic series, Burgin characteristically combines text with black and white photographs of American culture, whose style is reminiscent of glossy magazines. However, the works do not employ found images from magazines, but are meticulously composed photographs, in which the position of the text within the image frame and the black and white of the writing is clearly defined. The text and photograph share common features, which the viewer is invited to decode and reflect on.
These quasi-typical American landscapes comment on the social and cultural changes in American society in the 1970s, while the photographic style locates the individual in a media-dominated world. US 77 is the first series to feature an aspect of Victor Burgin’s oeuvre that becomes very relevant in his later work: a critical examination of women being fetishized as objects of male fantasies.
Since the 1960s Victor Burgin is an influential conceptual artist and theorist. Burgin was born in Sheffield in 1941 and became widely known for his conceptual photo/text works, which have often been discussed in the context of the Art & Language movement. In numerous essays and monographs he situates his work within a semiotic, historical, and psychological context, showing influences of theorists and philosophers such as Karl Marx, Sigmund Freud, Michel Foucault and the French structuralists. Burgin’s aesthetic incorporates motifs from psychoanalysis and structuralism and oscillates between political conflict and aesthetic desire.
www.galeriezander.com