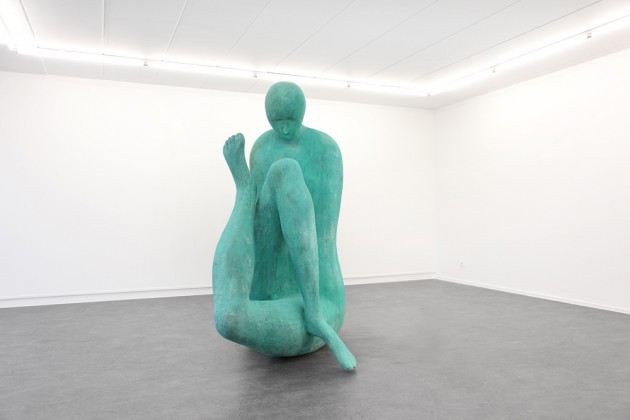 Above a Chasm of Time

Driven by time constraints, I called my friend Vasily Wells in St Petersburg to write a text. He had just buried his mother and he himself had placed the dead body in the pine wood coffin he and his brother had made together. He was distracted and unfriendly: "A text for a gallery? What's that supposed to be?" I answered, "It's about my work, Vasily, I have created some dramatic pieces. The body is desperate and the spirit is gone. It's about my work Vasily. And don't give me the theories by Viktor Shklovski from 1916, defining art as thinking in images. We know that already! No! Look at my work and then look at the images of the bombs dropped so precisely and deliberately on the schools and hospitals in Gaza, watch the weekly beheadings in Saudi Arabia, and look at the faces of the ignorant people here in cultural Europe and the generals quietly smiling about their military obsessions. I want you to write about that, but you can't or can you? Vasily hung up, leaving me behind alone, alone with my anger.

I had just fallen asleep when the phone rang; it was 3.14h in the morning. Vasily asked me what was wrong. His voice lowered, "I have just looked at the photos of your new work, Henk and I was wondering, what has happened to the inner person. I interrupted him, "Vasily, stop going on about the inner person. Life only consists of exteriorities!" Vasily continued: "When I saw the images of Silk Road and, of course, Unguided Tours I had the feeling you are showing people in an isolated existence, not capable of sharing life. Very moving. You have spoken about De Rest (The Rest) before, of which no one knows the magnitude, which always exists and where impossibilities and possibilities are the same. Your images are like warriors refusing to die. They stand there like monuments of a death struggle, like the one I saw in my mother, my mother, who I always rejected for not understanding me. Henk, don't be angry with the world, the artist will find the balance between suffering and love. "Yes, Vasily, in the middle, that is where my work is, always balancing above a chasm of time."