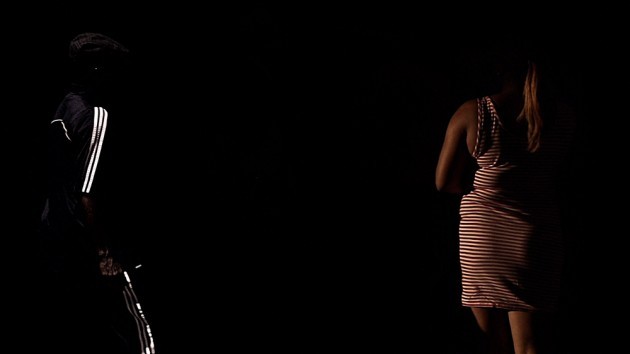 Tim Van Laere Gallery is pleased to announce Illumination, Nicolas Provost's fourth solo show at the gallery, where he will present a new video, Illumination, together with three video stills.

Over the past decade, artist and filmmaker Nicolas Provost has carefully shaped a body of work that explores the quirks of human expectation by playing with images from film, literature, and popular culture that are ingrained in our collective memory.
In his new film Illumination, reality seems to have come to a standstill. Provost uses natural sunlight to sculpt the bodies of a Manhattan crowd. To quote the artist: "When I started filming the passersby I couldn't resist thinking of Caravaggio's high contrasted tenebrism, where the shift from light to dark has little intermediate value. Filmed with a high-speed camera at 240 frames per second, the result in slow motion revealed in detail how the light slowly caresses the body parts appearing out of the darkness. It exposed the intensity of this volatile moment in time where light, color, movement, set and character are dramatically layered in a way that almost feels choreographed. This quest to find moments in daily life where you ask yourself, 'Is this real or is this fiction?' has always been an important part of my work. It creates a tension because it is the only mystery we have left, now that we think we know everything."

His works are in a number of collections, including The New Art Gallery Walsall and Birmingham Museum and Art Gallery, Musée d’art moderne et contemporain de Strasbourg, SMAK Ghent and the Royal Museums of Fine Arts of Belgium. His work has earned a long list of awards and screenings at prestigious festivals including The Sundance Film Festival, The Venice Film Festival, The Berlinale, The San Sebastian Film Festival and The Locarno Film Festival. His critically acclaimed feature film 'The Invader' had it's world premiere in competition at the Venice Film Festival 2011. He recently completed the ‘Plot Point’ trilogy, 3 fiction films he shot with a hidden camera in New York, Las Vegas and Tokyo.
www.timvanlaeregallery.com