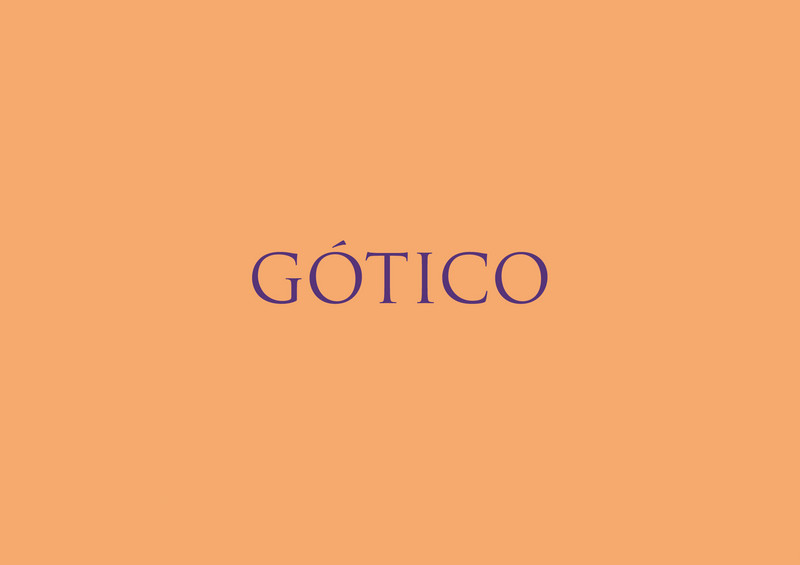 The exhibition title Gótico - the Spanish word for “gothic” – refers to Jackson Pollock’s 1944 painting “Gothic” and its presentation in the current Prado exhibition “El Greco and Modern Painting.” As shown in Madrid, Pollock’s teacher, the famous muralist Thomas Hart Benton, asked his students to copy El Greco’s works to learn about rhythm and composition. Pollock’s El Greco copies are shown along with finished paintings, with this link demonstrating the shared concern across the centuries with how plastic visual form can produce an experience of time, and the simultaneous experience of both concrete presence and transcendence.

Margolis’ work consistently expresses a shared connection between historical painting tropes and strategies – the baroque of Rubens in particular - what Clement Greenberg called the “American-type painting” of de Kooning, Pollock and their peers (also known, perhaps more accurately, as “action painting”). Both are constructed out of a tension between figuration and abstraction, and how beyond any specific depiction or expression, a visceral meaning is evoked. This quality is linked to the “nameless, but familiar” mood that Margolis’ work over the last decade has explored.

In the exhibition, this tension is exploited through a series of shifting strategies that share what has become a key character in Margolis’ work, the exploded depiction of still life, portraiture and flowers in the tradition of Dutch vanitas painting. In “Faster Than Light,” this thematic gets stretched to the point of disintegration, producing a sense of simultaneity, with the painting composed both of an overall treatment and a multitude of fragmentary glimpses. Here the emphasis on the work’s materiality and plastic quality takes on its own content.

Margolis “constructs a painterly space that generates outlines, volumes, light and movement, but which always also remains surface, material and texture, constantly cutting back and forth between the registers of presence and representation. Combining Old Master techniques with the inherent dynamism of Action Painting: dripping and flowing color transitions, glossy varnishes and highlights whose surface reflections break through the homogenous spaces of oil paint. Form is always also gesture here, figuration a mere momentary sediment of abstraction and vice versa." (Daniel Pies, frieze d/e)

Along with her research in what Margolis calls the “contemporary sublime,” the Baroque dramaturgy of light, rock-concert and horror movie special effects (as shown in her publication “Theory of Everything”), Margolis, who was born in Kiev and grew up in New York, recalls details from Ukrainian and Russian craftsmanship, such as enameled serving platters and objects with floral motifs, which have also influenced her work. The vocabulary of forms steeped in art historical references and research into contemporary imagery begins to evolve, which subtly and topically questions the medium itself.