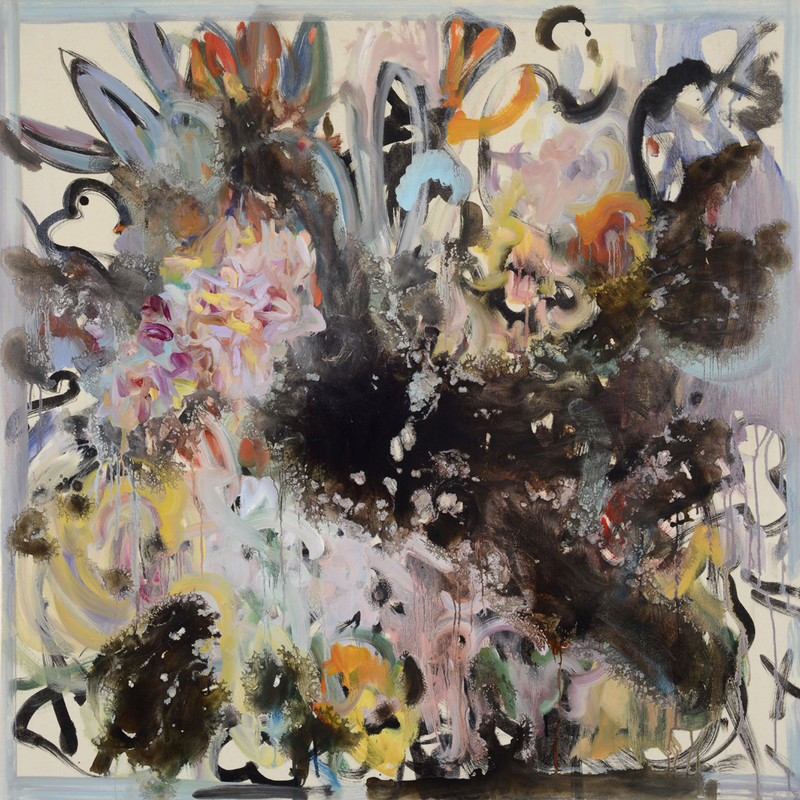 The title of the exhibition – SORRY SUPERHERO – is an ironic allusion to the heroic and in its association it can be understood as a denial of the macho poses. The same unprejudiced way articulated by this statement can be found in the works by Alisa Margolis.

Alisa Margolis' visual world is foremost influenced by Dutch still lifes and by the opulent light of Baroque painting. Her work is informed by the idea of dualism: through juxtapositions, contradictions, and symbiotic dialogues of colours and shapes, Alisa Margolis creates large worlds of tension that are full of the eruptive power of shapes and transcendent spectacles of light. Light is here used to signify the poetic power of the source, and is the real beginning of a painting.

In her former works Margolis has combined images and choreographies of rock concerts and special effects used in horror movies with the dramaturgy of the baroque light. Her recent works implement new artistic strategies - for the first time Alisa Margolis unifies graphic elements with her opulent patterns and uses the possibility of the pictorial framing in order to divide the work from the outer reality. As in the work “I like you” the framing which traditionally points toward the flatness of a painting is at the same time refracted. Beyond the framing the flowers protrude the borders of the painting – in this sense SORRY SUPERHERO could also be read as an ironic allusion to the image itself.