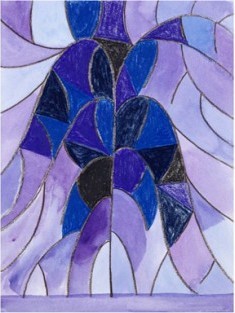 Benjamin Butler was born in 1975 in Kansas, USA. He currently lives and works in Vienna, Austria.
Butler is well known for his paintings of landscapes and trees that exist on the boundary between representation and abstraction. Simplified forms, contrasting colors, and varying marks and brushstrokes evoke the early work of Piet Mondrian, and the American Abstraction of Frank Stella and Barnett Newman. At the same time, however, Butler’s works have a depth which allows us to transcend such art historical categorizations of definition and genre, and also to consider them in a contemporary context. Although his paintings use motifs found in nature, the favored subject of many artists, Butler is equally, or more, inspired by the language of abstract painting. Through recycling this language, he repeatedly reinvents his subject matters with new and surprising results.
Butler continues to exhibit in solo shows in cities around the world, such as New York, Los Angeles, London, Vienna, Basel, and Berlin, and also has been included in various group shows internationally, including PS1/MOMA’s Greater New York in 2005.
www.tomiokoyamagallery.com