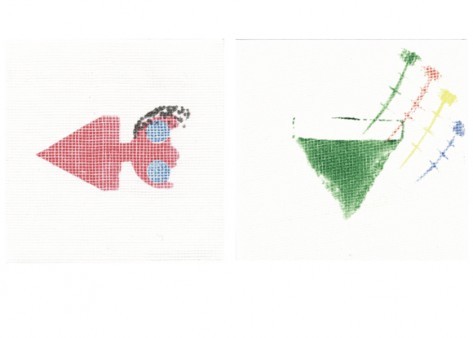 Richard Tuttle is one of the most significant artists at work today. His oeuvre over long artistic career of almost half a century since the mid – 1960s comprises an extraordinarily multifarious body of work – sculpture, painting, drawing, collage, installation, poetry and publication – that is beyond categorization. Shared by all his work is a sense of autonomy and independence, and its own features – line, form, texture, color, volume – are woven into fresh and poetic, alternative visual languages that are outside of existing preconceptions or representation systems, and which, through their spatial developments, result in rich sensory engagement. The works are created with humble or fragile materials such as paper, wood, wire or metal pieces. The more self-evident and ephemeral the work seems, the more it brims with surprise. In 1965 Tuttle held his first solo exhibition at Betty Parsons Gallery, New York – at the time considered the most significant gallery for producing great numbers of famous abstract-expressionist artists. Since then, he has continued to produce prominent series in the history of contemporary art such as the “Wire Pieces” which consisted of wire affixed to the wall, its shadow and pencil lines. He has had a large influence on subsequent generations as one of the most important post-minimalist artists.

From the fall of 2014, Tuttle is holding a major exhibition “I Don’t Know . The Weave of Textile Language” in London. At Tate Modern’s Turbine Hall until April 6, 2015, he presents a major commissioned sculpture that uses fabrics that he designed and created in India. At Whitechapel Gallery a five-decades survey that focuses on his use of textile, ranging from the “Rope Piece” (the three inch piece of rope that shocked New York’s critics in the 1970s) and the above-mentioned “Wire Pieces”, to new work, runs until December 14, 2014. This exhibition at 8/ ART GALLERY/ Tomio Koyama Gallery will feature print works by Tuttle, who has deep interests in the tools, mediums, actions, and collaboration of print, including the “Type” series that is also exhibited in the survey show in London.

Richard Tuttle was born in Rahway, New Jersey, USA, in 1941. He completed his BA at Trinity College, Hartford, USA, in 1963. He lives and works in New York City, and Abiquiú, New Mexico, USA. His major museum exhibitions include a ten-year survey at the Whitney Museum of American Art, New York in 1975; “Richard Tuttle: Perceived Obstacles” (Stiftung Schleswig-Holsteinische Landesmuseen, Schloss Gottorf, Schleswig, Germany, toured to two other venues, 2000-2001); and a two-year traveling retrospective, “The Art of Richard Tuttle” (San Francisco Museum of Modern Art, San Francisco, touring to the Whitney Museum of American Art, New York; Museum of Contemporary Art, Chicago; and three other venues, 2005- 2007). His work has also been included in the Venice Biennale (1976, 1997, and 2001); Documenta, Kassel, Germany (1972, 1977 and 1982); and the Whitney Biennial of American Art, New York (1977, 1987, and 2000). His work is included in public collections worldwide including Tate Modern, the Museum of Modern Art, New York, and the Centre Pompidou, Paris, among many others.
www.tomiokoyamagallery.com