A Guest Without a Host is a Ghost 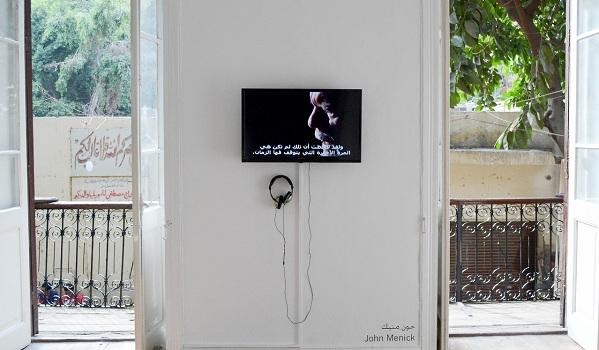 A Guest Without A Host is a Ghost brings a selection of contemporary artworks from the Kadist collections in Paris and San Francisco on a nine-month residency to Cairo. From over 500 existing entries in the Kadist collection, Beirut appointed a group of thirty artworks to reside as temporary guests in the city. The project speaks to the absence of collections and museums dedicated to contemporary art in Egypt, and draws on local partners spanning not-for-profit and private art galleries and other cultural spaces, to engage more closely with the hosted works.The project evolves in two chapters. The first features an exhibition co-hosted by Beirut, Townhouse and the Contemporary Image Collective to publicly introduce our guests and hosts to each other. The second chapter departs from the exhibition as form, encouraging the artworks to have a life of their own and feel 'at home'. Some artworks will be invited to go on a journey to new homes, offices and spaces in the city. Others will become objects of inquiry in workshops and seminars, to feature as special guests in other projects, and form the base for new artist commissions and responses by local and visiting practitioners.Would ghosts exist without their hosts? Would they haunt a world without us?In various ways and forms, the artworks selected for this project elicit notions of an absent presence, both real or imagined, of artworks, collections, memories, discourses, voices, histories and stories that are concealed from entering our world. What is barred has a way of pressing itself against our conscious life and finding a way to be present, through the potency of our imagination, thought, memory, hallucination. The exhibition is mindful of images particularly their reproducibility, and their role in photography and cinema. Central to the project is also the object-hood of images, and of artworks.The uncanny disappearances of shapes, lines and forms escaping the trauma of war, and inhabiting the spaces around works of art (Walid Raad) tell us that works are also sites around which histories accumulate. The historical facts and fictions, and stories that are told, transform the essence of photographs, as records and as images. The ghostly presence of an army of boots marching through the US mail system (Eleanor Antin), the fatherly figures of former shop owners overlooking their legacy (Taysir Batniji), the institutional palimpsests in the changing face of a city (Nicolas Consuegra), the hallucinatory appearance of visual forms after periods of confined darkness (Melvin Moti), all reflect back to the beginning: What appears in place of an absent presence? Would ghosts exist without their hosts? Would they haunt a world without us?
www.thetownhousegallery.com/