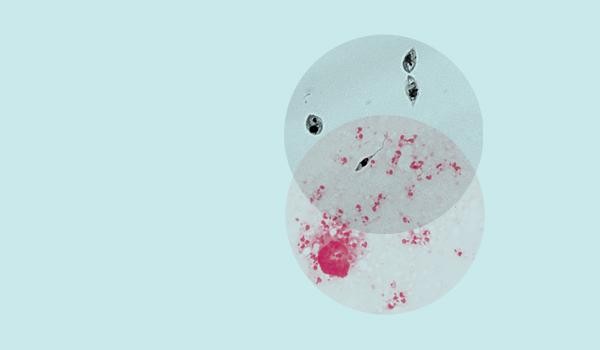 Procrastination is a bacterium that thrives in conditions of high workloads

Interruption is the sixth iteration of Townhouse's biennial student and recent graduate exhibition, "The Pick." Previous Picks have challenged the problems associated with shows that carry labels such as "emerging" or "young," which satisfy a fetish for and expectation of experimentation, making it okay to dismiss the artist and their work as "not ready" if they do not live up to a premeditated standard of potential and endorsing preconceived notions of what "young artist" work is supposed to look like.

In this attempt, Interruption intervenes to question and bypass such labels by bringing together artists (and their artworks) under a concept of imposed manipulations that could be influencing our behavior unconsciously.

In the beginning was the noise

Parasites alter host function by attacking the immune system, controlling secretions of fighting bodies against intruders, allowing for their survival within the body of the host.

The oriented movement of an organism in response to gravity

In states where the instinct to survive is activated, behavioral mechanisms and basic functioning become exposed and vulnerable to attack by bodies that can intervene and eventually alter host behavior.

Hosts begin to behave autonomously and willingly, to achieve the parasite's own desires, whilst simultaneously leading themselves into their own destruction.

Interruption proposes a theory of deliberately manufactured strategies that may lead to states of procrastination and self-imposed, unintentional disorder.