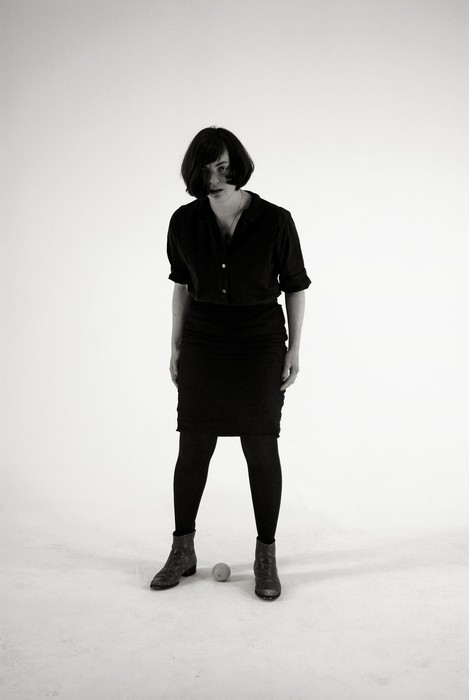 Transmission Gallery is delighted to present Text Me Faster Dance Company, a solo exhibition by Shelly Nadashi. Shelly Nadashi's multi-disciplinary practice comprises video, performance, sound, object making and puppetry. Transforming personal situations into absurd scenarios in a surreal and entertaining manner, her work considers themes of identity, behaviour and control in both a personal and wider social context. The work in this exhibition is obliquely influenced by puppetry and theatre practices. Like much of Nadashi’s performance-based work, it focuses upon the relationship between the performer, their apparatus and the audience, heightening and subverting this hierarchy. However, this exhibition has been designed as a static installation, with the viewer as the only moving component within it. An installation examining the relationship between audience and performer becomes, by extension, an examination of the relationship between artist, viewer and the objects that mediate between them.

Nadashi uses high stage-like shelves, positioned in front of paper backdrops – elements from rudimentary puppet theatres – as a mode of display for an ensemble cast of puppets, objects and lamps. These forms awkwardly refuse categorisation: some ready-made, some fabricated from chicken wire and papier-mâché, their ambiguous symbolism and the care conspicuous in the traces of their maker imbues them with too much significance for them to be understood as mere props. Despite their diminutive scale they are not maquettes or models for larger future versions, yet somehow they also reject the more grandiose label ‘sculpture’.

The shelves supporting this emsemble hold them at such a height that a performer could stand beneath, arms aloft, and bring them to life. The absence of this performer serves to reflect on how theatre is constructed, drawing attention to the objects’ mute lifelessness in the present. The installation contrasts these now inanimate objects with video footage of their captured manipulation, spliced with sequences of flautists performing an improvised soundtrack. Mingling with this pre-recorded music and the footsteps of the viewer is the insistent rhythm of a metronome.

Shelly Nadashi was born in Haifa in 1981. She studied at The School for Visual Theatre, Jerusalem and graduated from the MFA programme at Glasgow School of Art in 2009. She is currently participating in the artist-in-residence programme at WIELS, Brussels. Nadashi has exhibited and performed internationally: Recent presentations include: New Work Scotland, Collective Gallery, Edinburgh (2010); Ambush in Wedding, SWG3 Studio Warehouse, Glasgow (2010), Urlibido, Glasgow International Festival of Visual Art (2010); and The Complete History of World Terrorism as it is Known Today + A Solution, Plateaux Festival, Frankfurt and Les Urbaines Festival, Lausanne (2009).

The exhibition will be accompanied by a new publication.