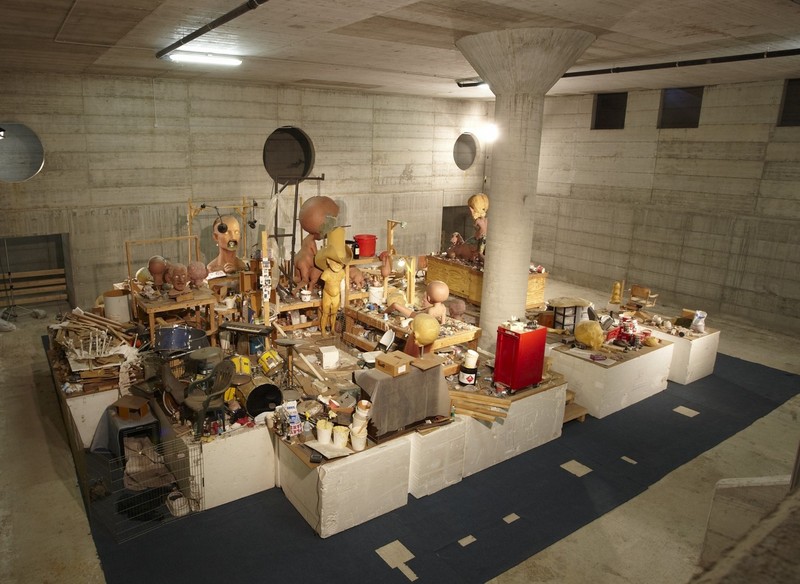 The Fondazione Riccardo Catella, in partnership with the Fondazione Nicola Trussardi and Confagricoltura, presents Wheatfield, a project by American artist Agnes Denes.
From March to October 2015, a field of wheat is sown, tended and harvested in downtown Milan; more specifically, in the Porta Nuova district, the focus of an architecturally significant urban renewal plan that has reshaped the city skyline.
Wheatfield is an environmental installation that grows over 5 hectares (12 acres) of an area subsequently intended to house a public park called the “Biblioteca degli Alberi”, or “Library of Trees”.
Wheatfield is a spectacular work of Ecological Land Art conceived by Agnes Denes in 1982 to call public attention to certain values that are increasingly neglected by the globalized world, such as sharing food and energy, protecting the land, and fostering social and economic growth in a way that preserves quality of life for individuals and communities.
Created for the first time in 1982 on a 4 acres landfill that is now New York’s Battery Park – the part of Lower Manhattan that stretched between Wall Street and the World Trade Center – Wheatfield has endured in public memory as one of the most famous earthworks of all time, a masterpiece imbued with symbolism and confrontational power. In it, Nature reclaims the city through a simple, yet compellingly ecological image: a wheat field grows in the heart of Milan, in the shadow of the city skyscrapers, and once again becomes the still point of our daily lives. This piece by Agnes Denes is also considered a touchstone of feminism: in Wheatfield, the artist takes back the land and celebrates its generative potential.
As the artist explains, “Making art today is synonymous with assuming responsibility for our fellow humans. We are the first species that has the ability to consciously alter its evolution, even put an end to its existence. We have gotten hold of our destiny, and our impact on earth is astounding. Because of our tremendous ‘success’ we are overrunning the planet, squandering its resources. We are young as a species, even younger as a civilization and, like reckless children, initiate processes we cannot control. I believe that the new role of the artist is to create an art that is more than decoration, commodity or political tool—an art that questions the status quo and the endless contradictions we accept and approve of. It elicits and initiates thinking processes.”
Agnes Denes has accepted the Fondazione Riccardo Catella and Fondazione Nicola Trussardi’s invitation to recreate Wheatfield in Milan during the Expo, to renew its message of returning to the concrete simplicity of the land, the source of all life and prosperity. Because Wheatfield is not just a work of art; it is above all a universal concept, a driving force for building community and social engagement. In the growing stage, it will involve hundreds of citizens in an experience closely tied to Italy’s agricultural history: from sowing to reaping to threshing, with the support of farmers from Confagricoltura, the oldest organization in Italy representing the agricultural sector.
The work is at the heart of “MiColtivo: The Green Circle”, an urban revitalization project that is part of the Fondazione Riccardo Catella’s 2015 calendar of civic and cultural initiatives dedicated to the “Porta Nuova Smart Community”.
Agnes Denes (b. 1931 in Budapest, based in New York) is a leading figure in American conceptual art who rose to international attention in the Sixties and Seventies. Over the course of a pioneering, far-ranging career, she has employed a broad spectrum of languages and media to explore science, philosophy, linguistics, psychology, poetry, history and music, in an artistic practice that weds aesthetics to social engagement. Her works, which are often on a monumental scale, bring together ecological, cultural and social concerns, forging an incredibly powerful dialogue between art, nature, and science. Denes has had over 500 exhibitions in galleries and museums around the world; she is also the author of numerous publications and the recipient of prestigious awards such as major awards from MIT and Carnegie Mellon University; four National Endowment for the Arts Awards; and the Rome Prize from the American Academy in Rome among others, and two honorary doctorates.
www.fondazionenicolatrussardi.com