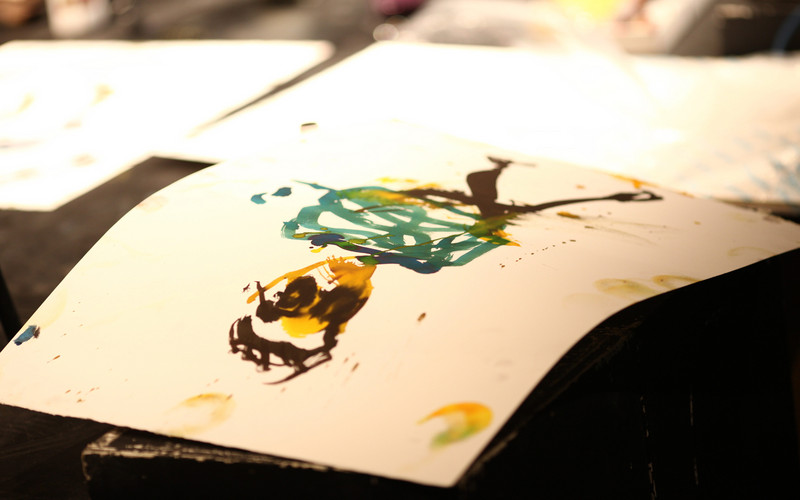 The Fondazione Nicola Trussardi and miart are joining forces for the first time to present Liberi tutti, a miniature festival of live events which keep the energy of Milan's contemporary art fair flowing well into the night. From 10 PM to 12 AM every evening, international artists stage performance pieces, concerts, intermezzos and plays at the fascinating Teatro Arsenale, a landmark that has played a key role in the city’s spiritual and artistic life from the thirteenth century to the present.
On Wednesday 3 April, the program kicks off with Gelitin, a group of Viennese artists who have become well-known to the general public for their outrageously irreverent projects. For Liberi tutti they are presenting Ritratto Analitico, a surprise performance in which spectators interact with the artists. Ritratto Analitico, which Gelitin has conceived specifically for the occasion, explores the theme of drawing, in a startling dialogue between the audience and the performers which highlights the physical skills, analytical qualities, and sense of humor that are needed just to get through everyday life.The evening of Thursday 4 April features Darren Bader with the new work Le Quattro Stagioni, Trois Gnossiennes, Triple DJ: three “musical incursions” that fuse performance, concert, and sculpture, with the on-stage involvement of musicians and DJs as a central element. With their assistance, the American artist deconstructs Vivaldi's Four Seasons and Satie’s Gnossiennes, breaking the pieces down and overlapping them, to conclude with a triangular session in which three DJs, playing simultaneously, blends their music into a finale that the audience can dance to.Friday 5 April is the turn of Israeli artist Keren Cytter and Show Real Drama, a more theatrical kind of performance—presented at Tate Modern in London in autumn 2012, and now for the first time in Italy—based on the life of her two actors, Susie Meyer and Fabian Stumm, who play themselves onstage, blending reality with fiction. In this piece, Cytter and her cast tell us about love, desire, loss, and the unpredictable nature of human communication, mixing up the standard codes, stories, and images normally used to describe them.

Last but not least, on Saturday 6 April the festival closes with The Pentothal Analyses (un ballet de cour), a completely new project by Berlin-based Thomas Zipp, who engages the audience in performances that mingle truth with fable: re-enactments and reconstructions of events that seem to have taken place in the past, but which blur the boundaries between reality and imagination in a dramatic dialogue involving costumes, music, masks, and food.
With Liberi tutti, the Fondazione Nicola Trussardi, in partnership with miart, brings today’s most experimental forms of language into the fascinating context of the former church of San Simone e Giuda. Built in 1272, this space was deconsecrated in the Napoleonic era, then transformed into a theater, ballroom, storehouse, puppet theater, then back into a place of worship and the headquarters for various associations. Finally, in 1978, it became the famous Teatro Arsenale, which takes its name from the building’s nineteenth-century function. Teatro Arsenale still preserves the architectural features of a religious edifice, such as a rose-window facade on Via Cesare Correnti.
www.fondazionenicolatrussardi.com