Itte kaette: Back and Forth 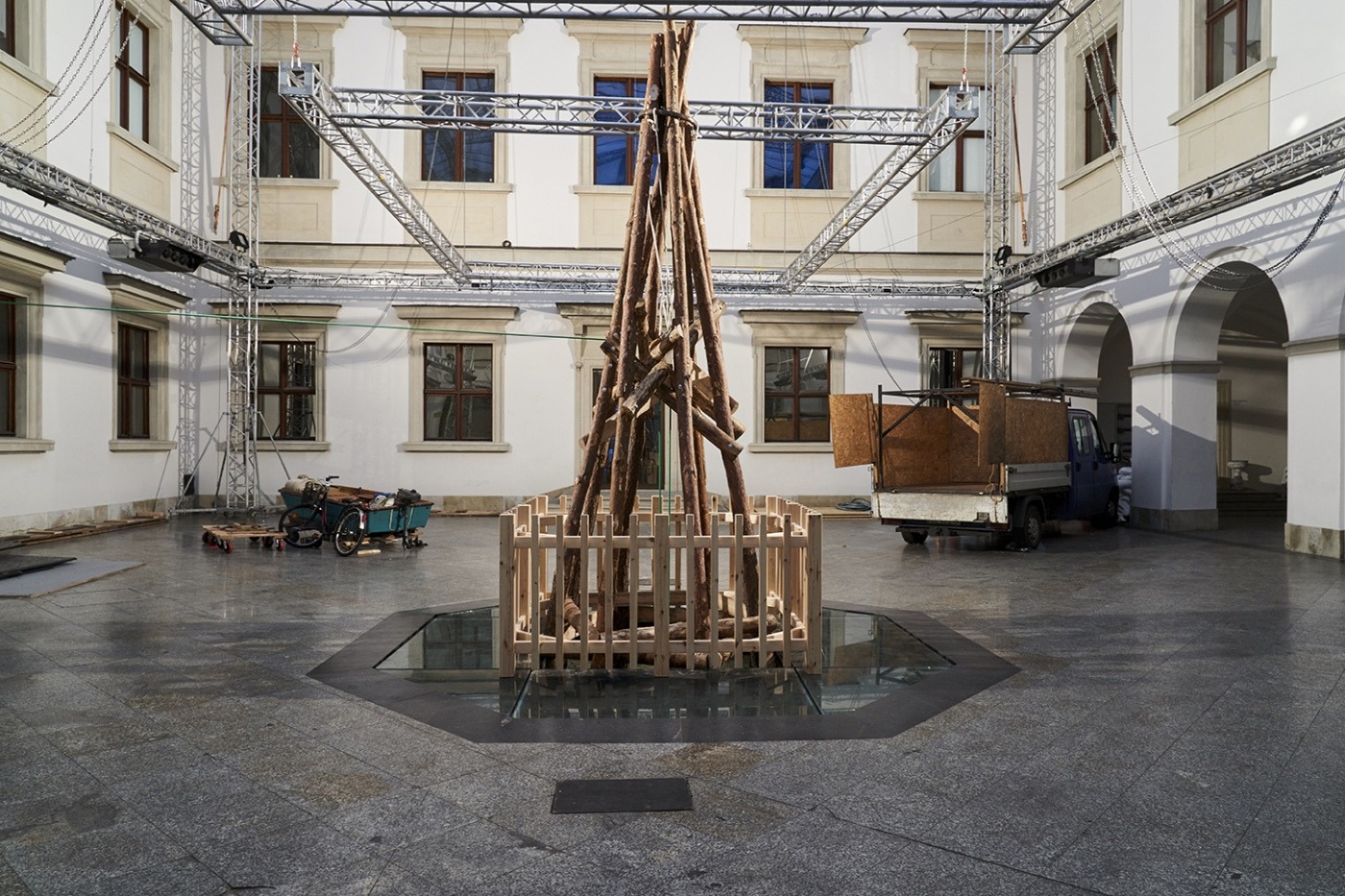 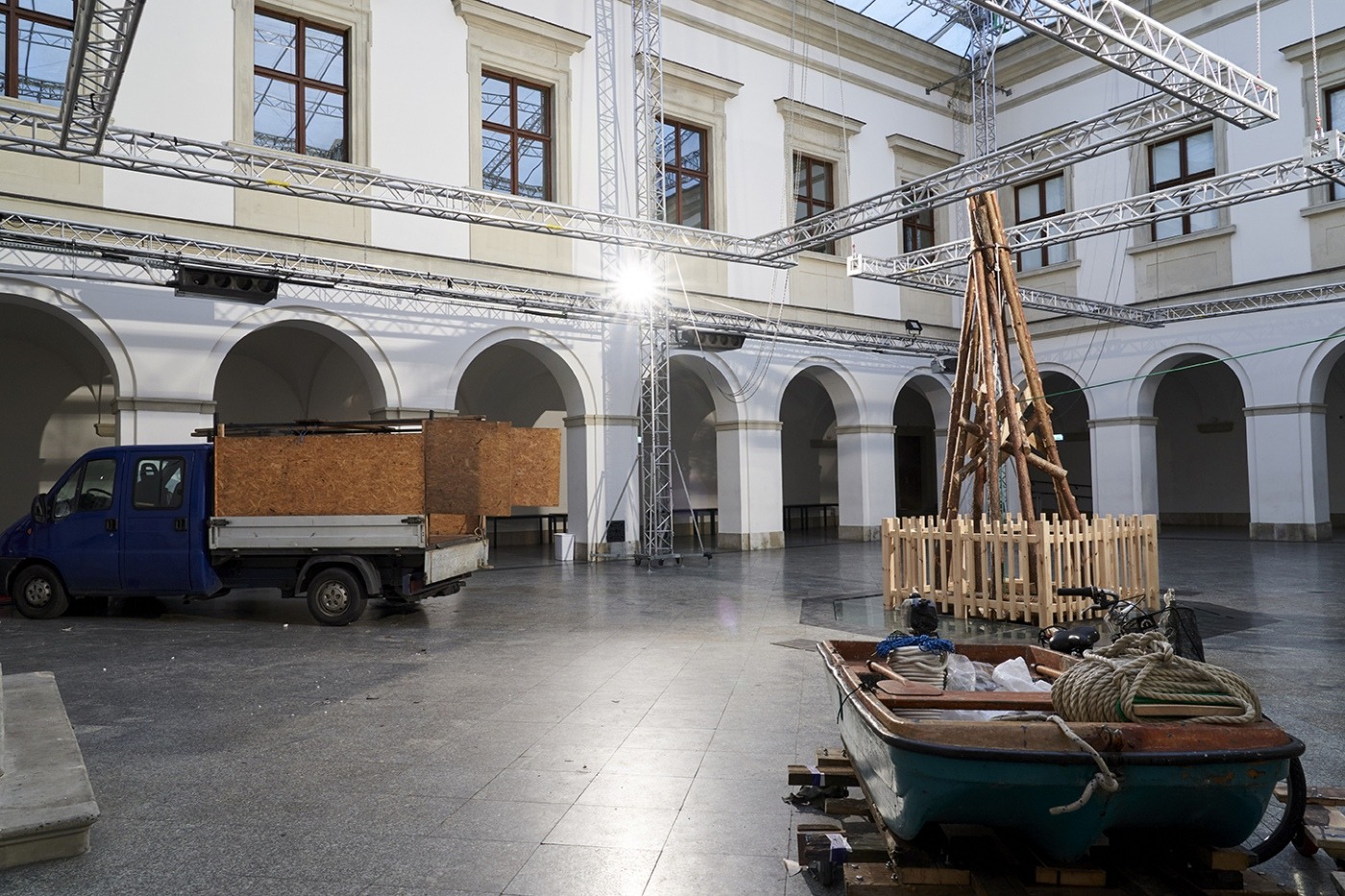 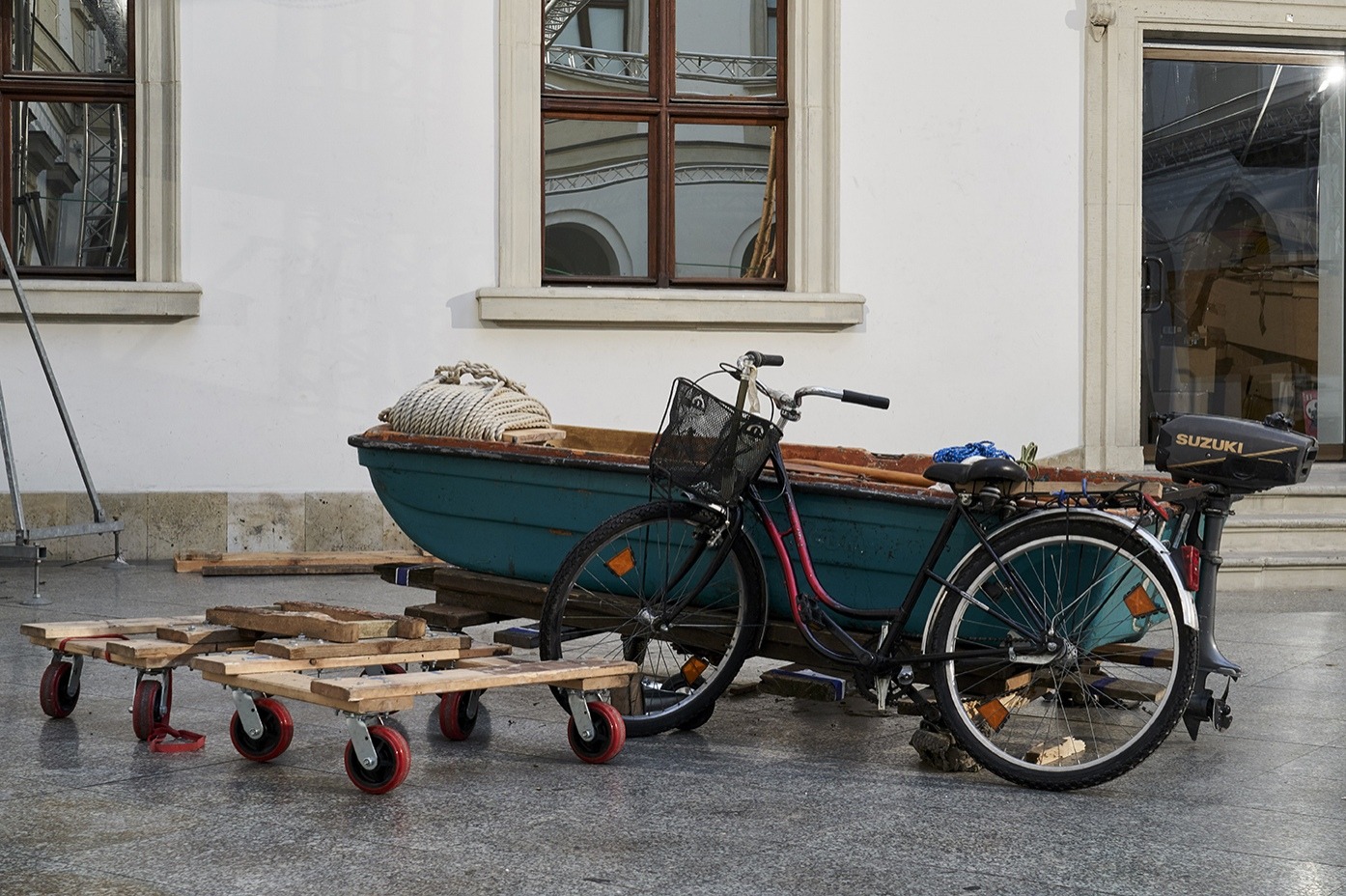 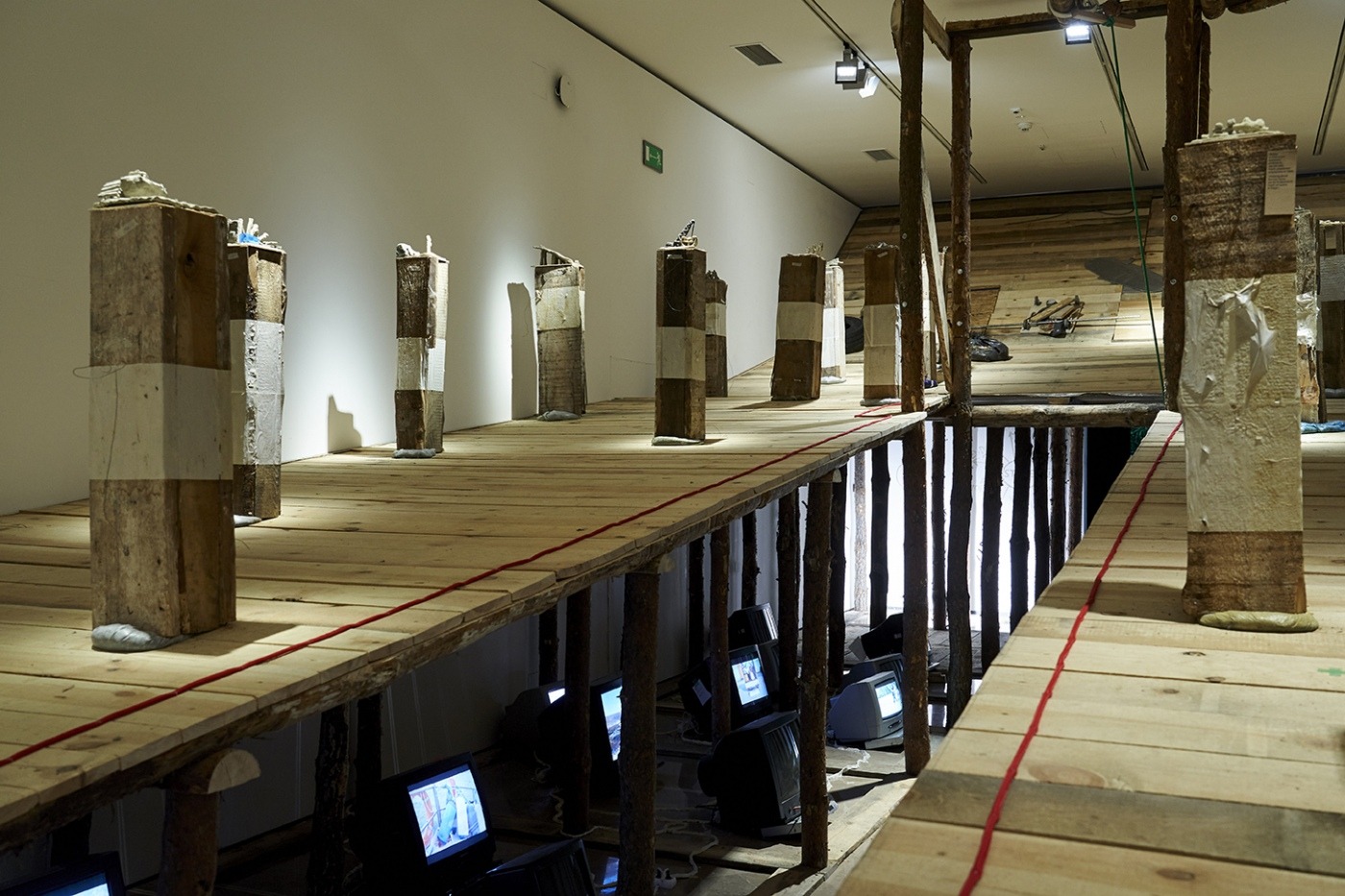 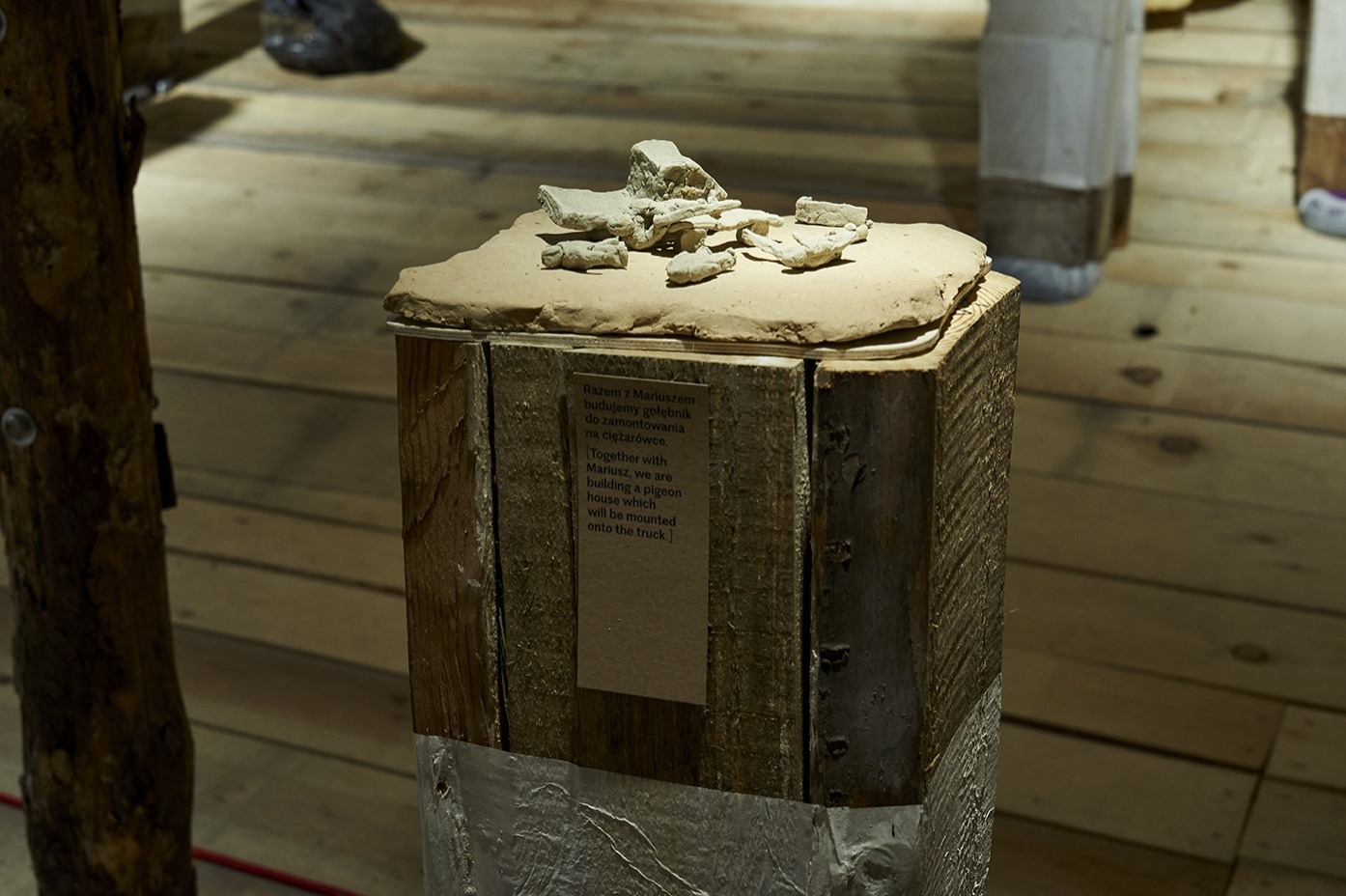 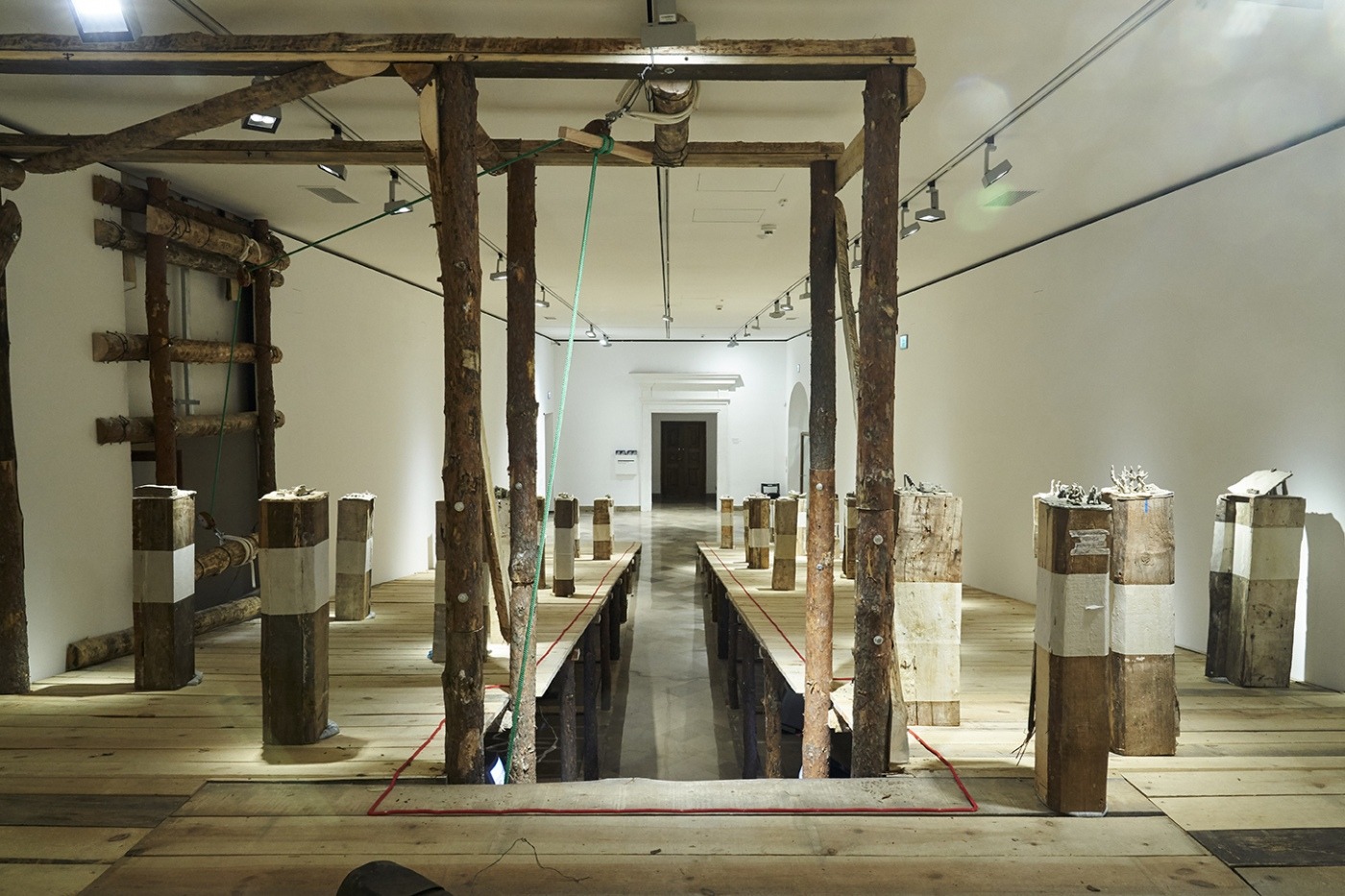 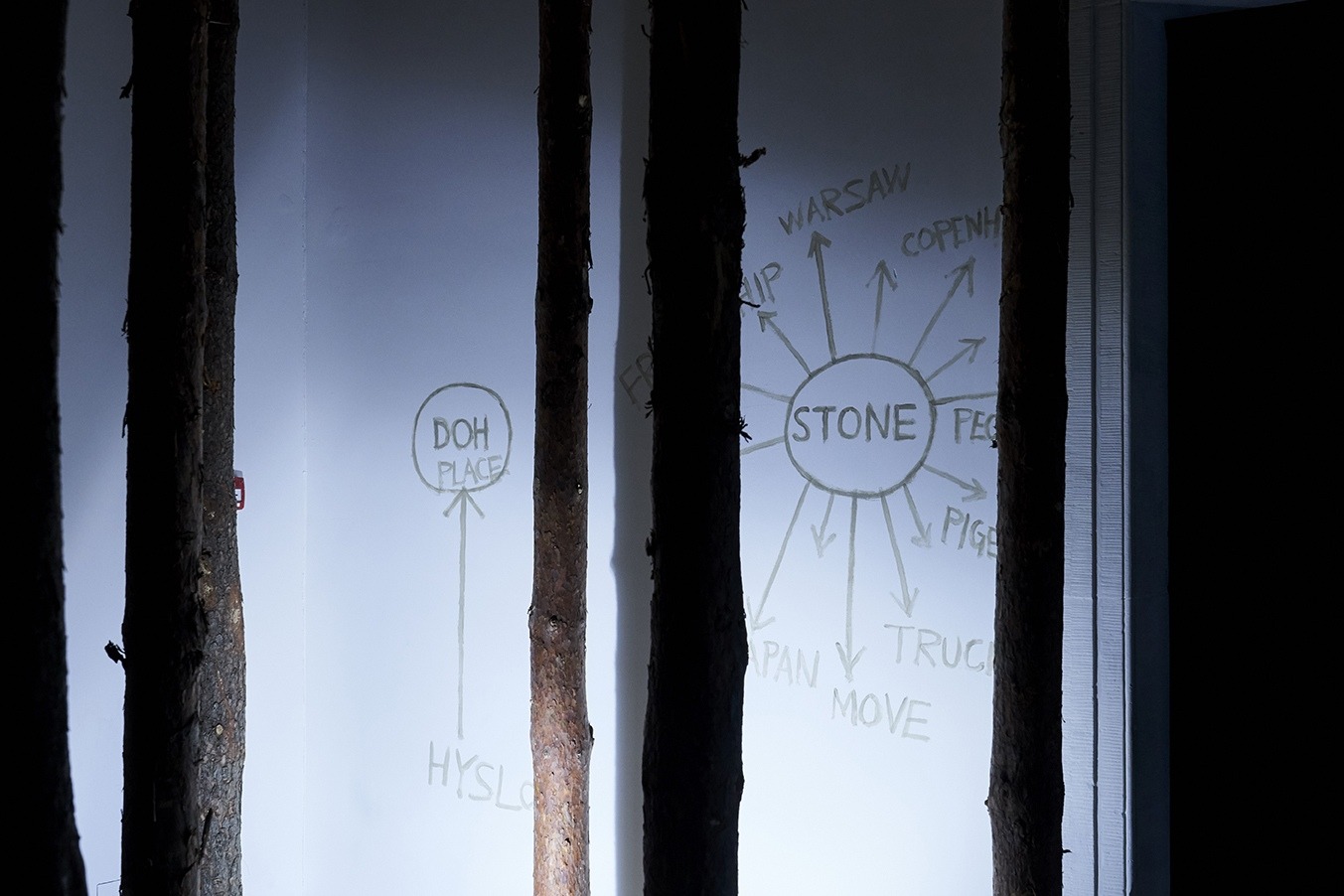 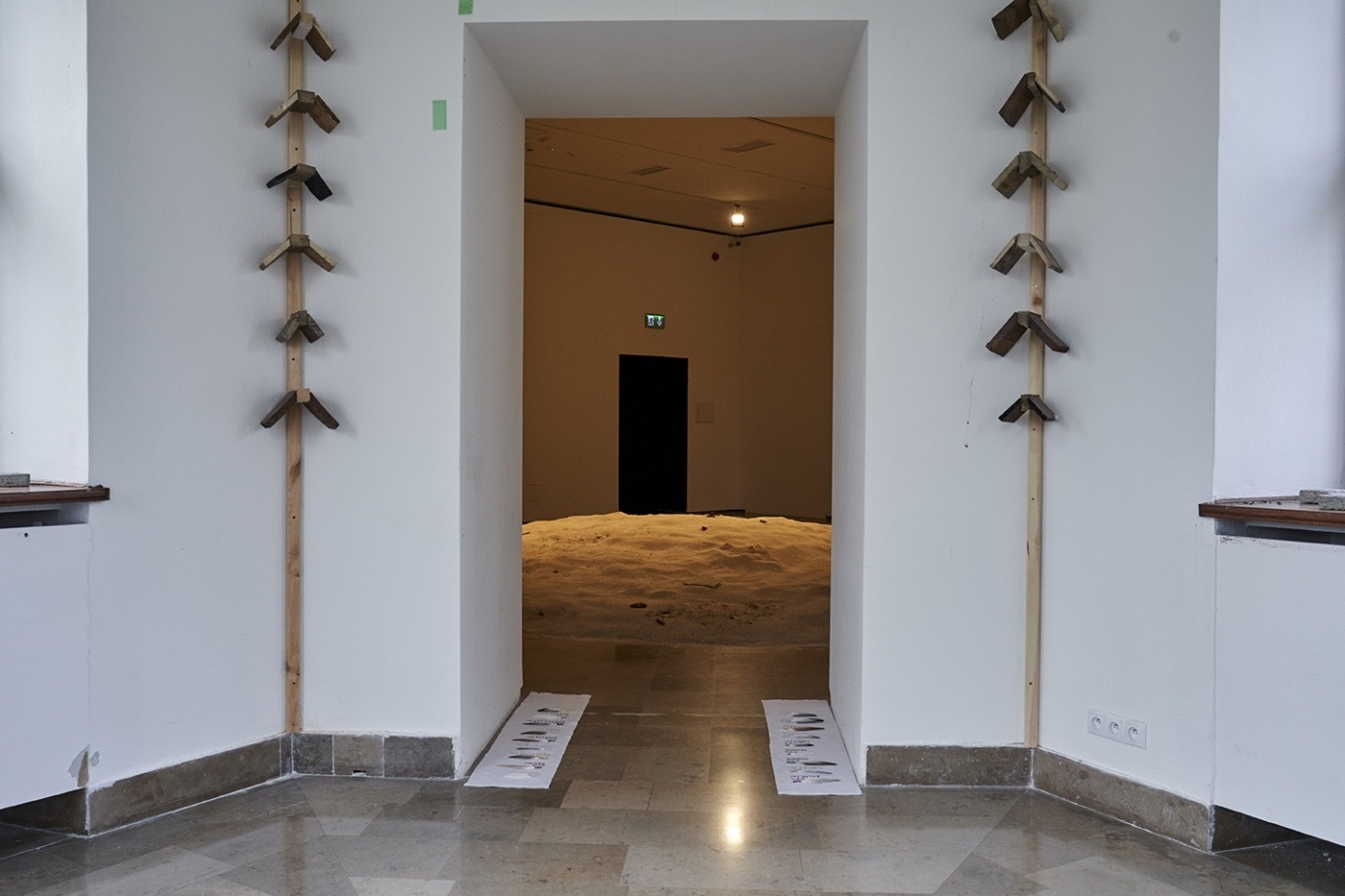 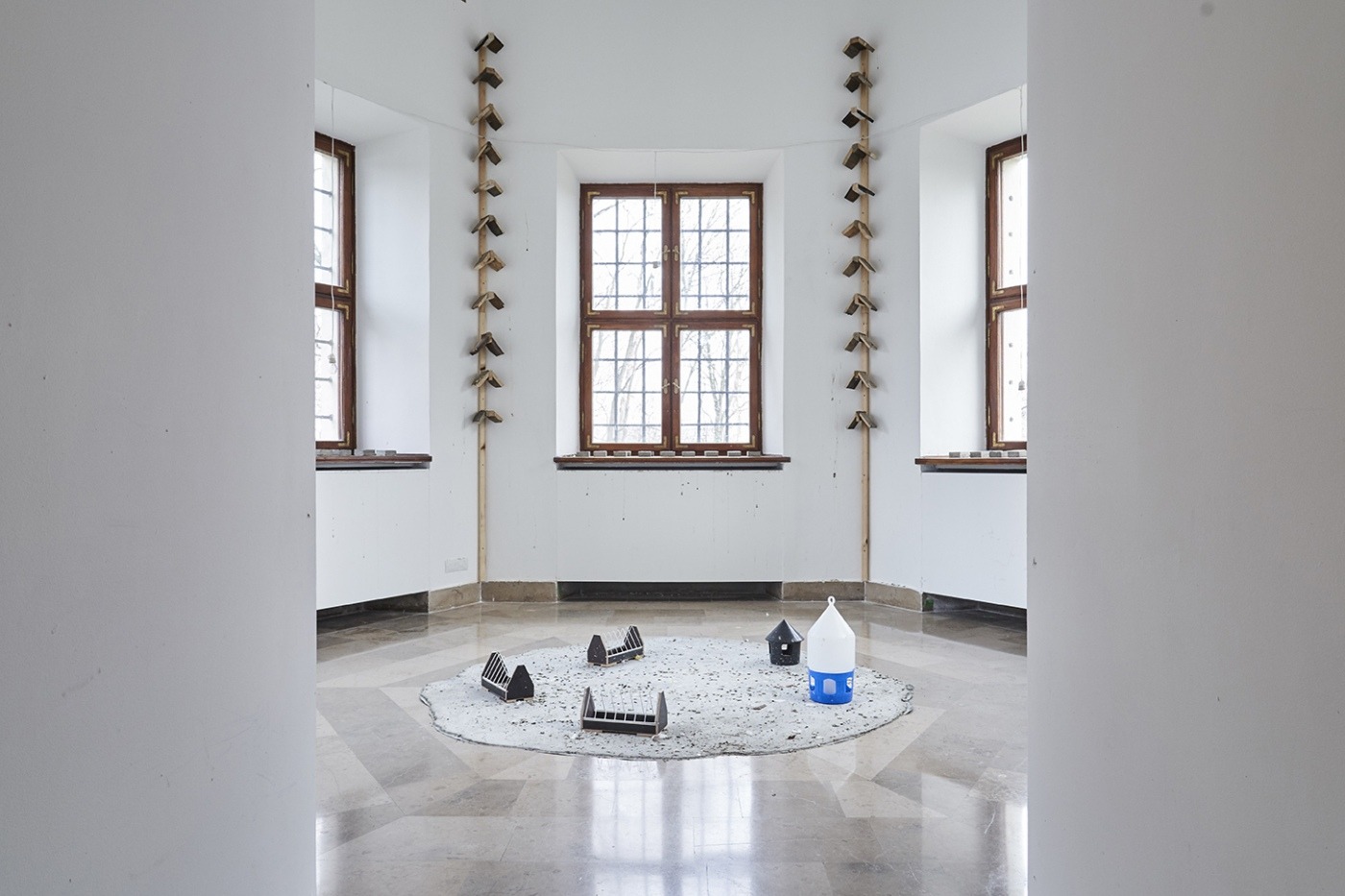 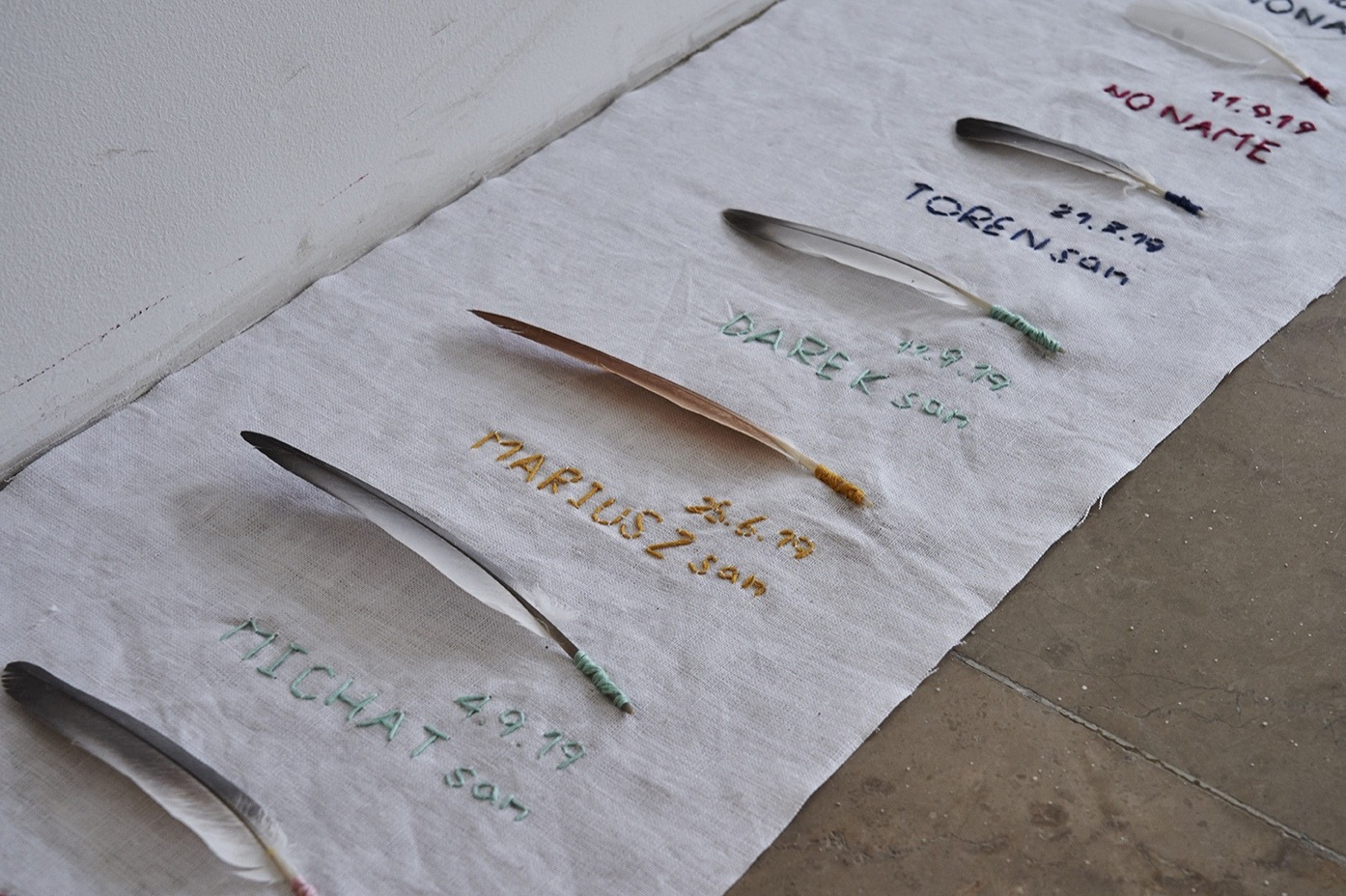 How do you travel the world with a stone weighing nearly 200 kg? How many hands and rivers does it take to transport it from Europe to Japan? The exhibition of the Japanese hyslom collective showcased at the Ujazdowski Castle Centre for Contemporary Art is yet another stage in the rollicking journey. This time-and-space stretching experiment is hyslom’s first individual presentation of its work in Europe.

In Japanese, Itte kaette means “back and forth” – a reference to constant change and movement, as well as the modus operandi of the collective, whose members are Itaru Kato, Fuminori Hoshino and Yuu Yoshida. The hyslom collective plays with risk and bases its anarchic actions on working closely with people and nature. The art of the collective relies on working with the body and with landscape. Just as it did when, every single week for ten years, the group visited a hill in Osaka that was being transformed into a large residential housing estate.

Once, when they were visiting Copenhagen, members of hyslom found a large rock that was reminiscent of a stone all trace of which had once disappeared in Japan. The artists decided to transport the stone to their own country, relying on rivers and the collaboration of many individuals. The exhibition in U–jazdowski is a stop on the journey.

The heart of the exhibition can be found in the courtyard of the Ujazdowski Castle: it is the stone that has been placed at at the bottom of the well; with a system of levers it operates the remaining elements of the exhibition. In the foyer there is a huge reconstruction of the slope of a “mountain – the public can remain inside it or outside of it, as they wish. In the next hall, there is a projection of movies from Osaka from the series Documentation of Hysteresis as well as documentation of the collective’s new project – the journey with the stone. In the adjacent rooms there are sculptures-cum-performances that employ inobtrusive yet ubiquitous materials that are constantly in motion in the world, such as sand and transport containers. In one of the Castle’s towers the windows have been thrown open – and pigeons came in to take up residence.

The exhibition will culminate in a series of performances that will take place on a deep-sea ship built in Warsaw – with the help of the hyslom collective – by a group of people trying to escape homelessness.

The education program that accompanies the exhibition is based on the concept of experiment and involves the acquisition of seemingly unnecessary skills, which can nevertheless come in handy in a crisis.

The exhibition in the Ujazdowski Castle Centre for Contemporary Art has been organised as part of the residency of the hyslom collective.