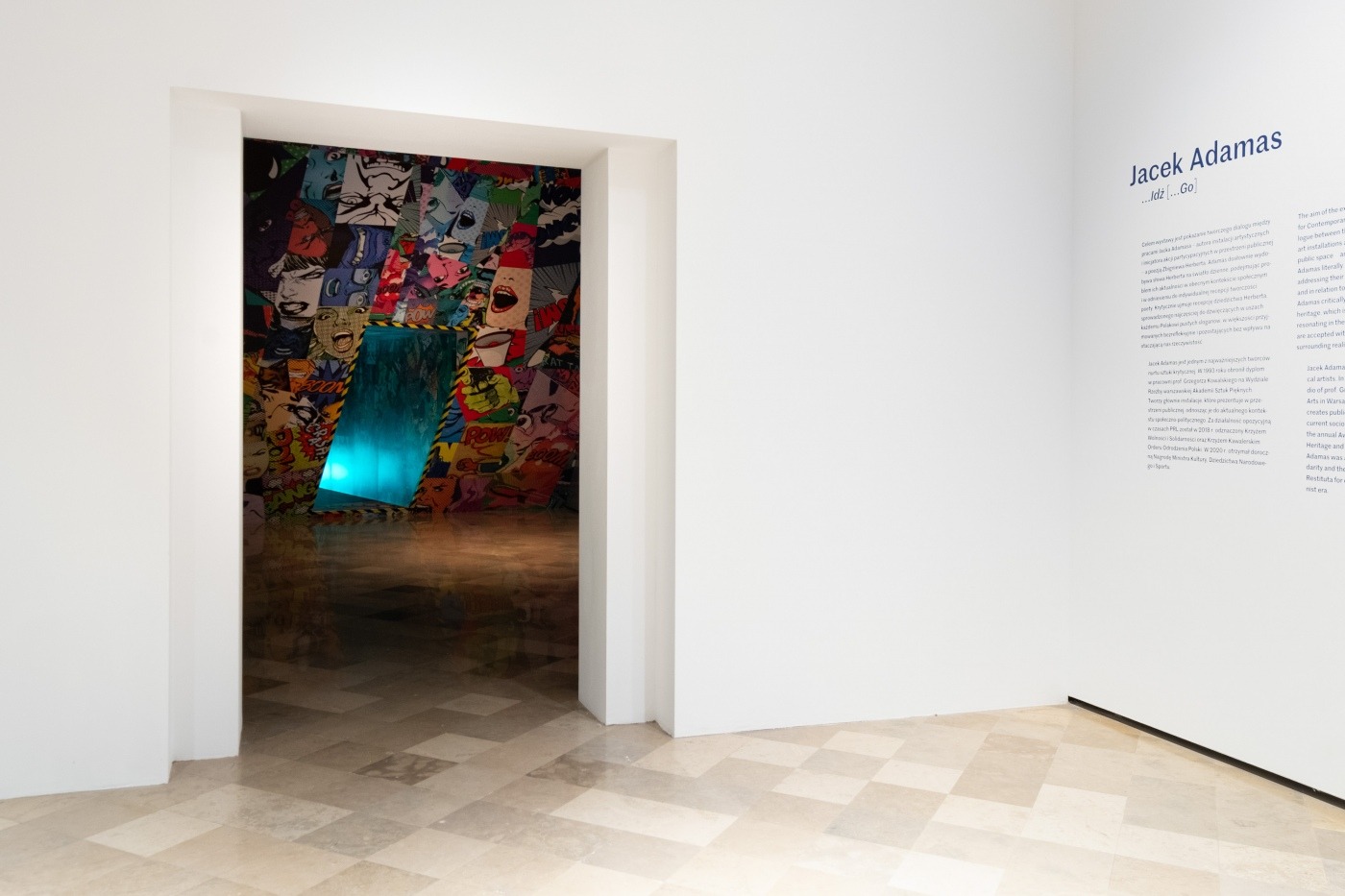 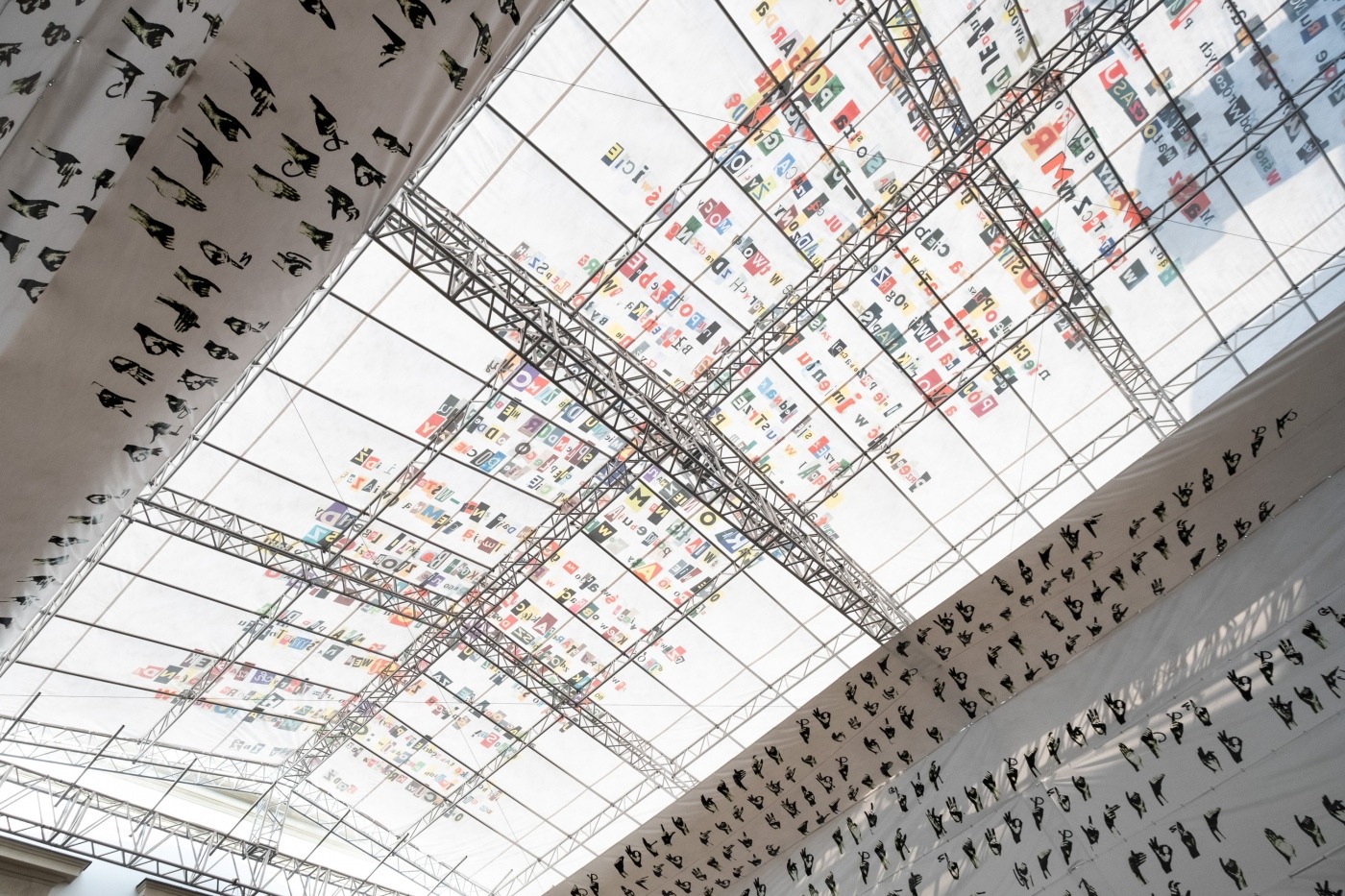 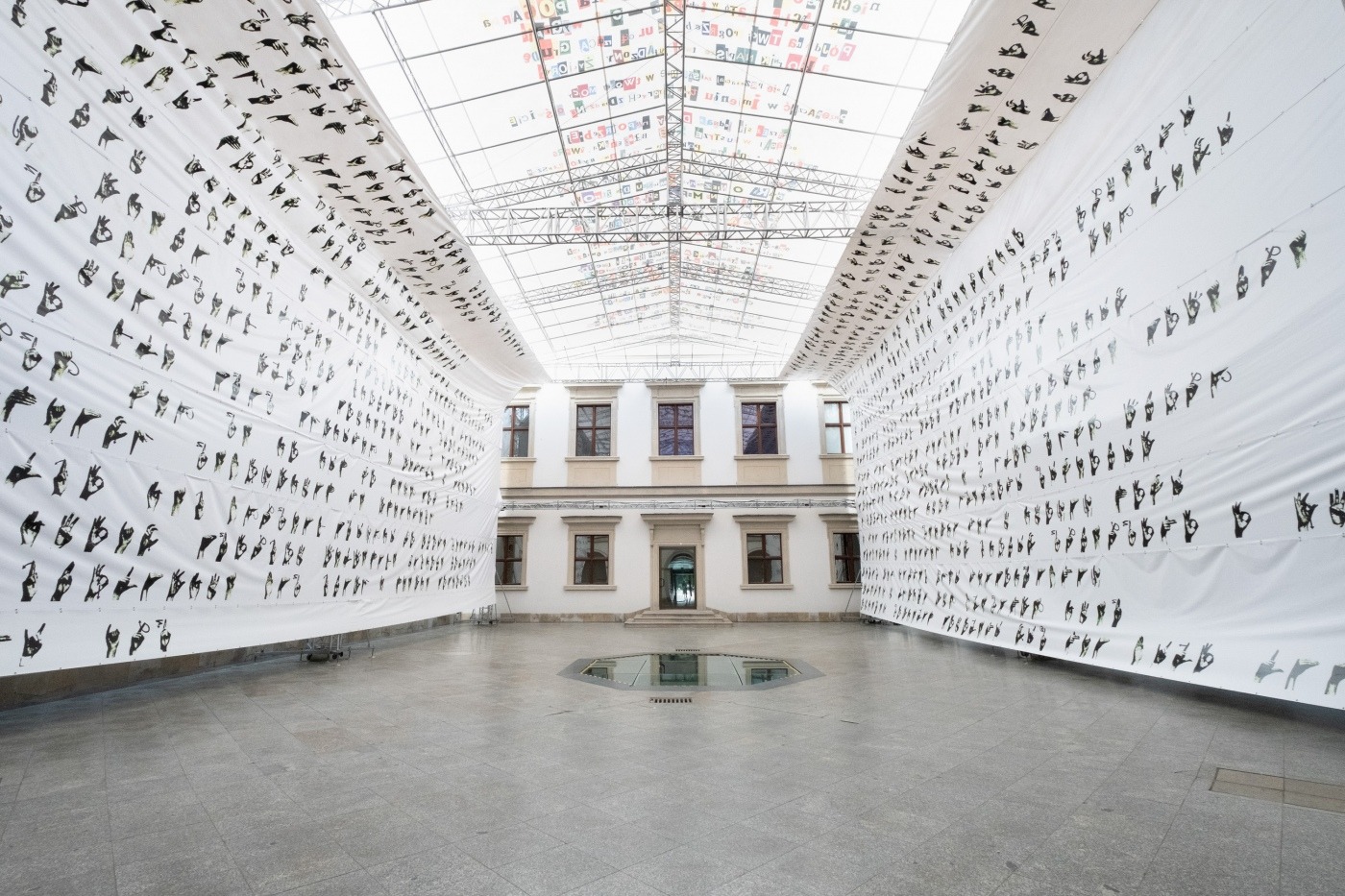 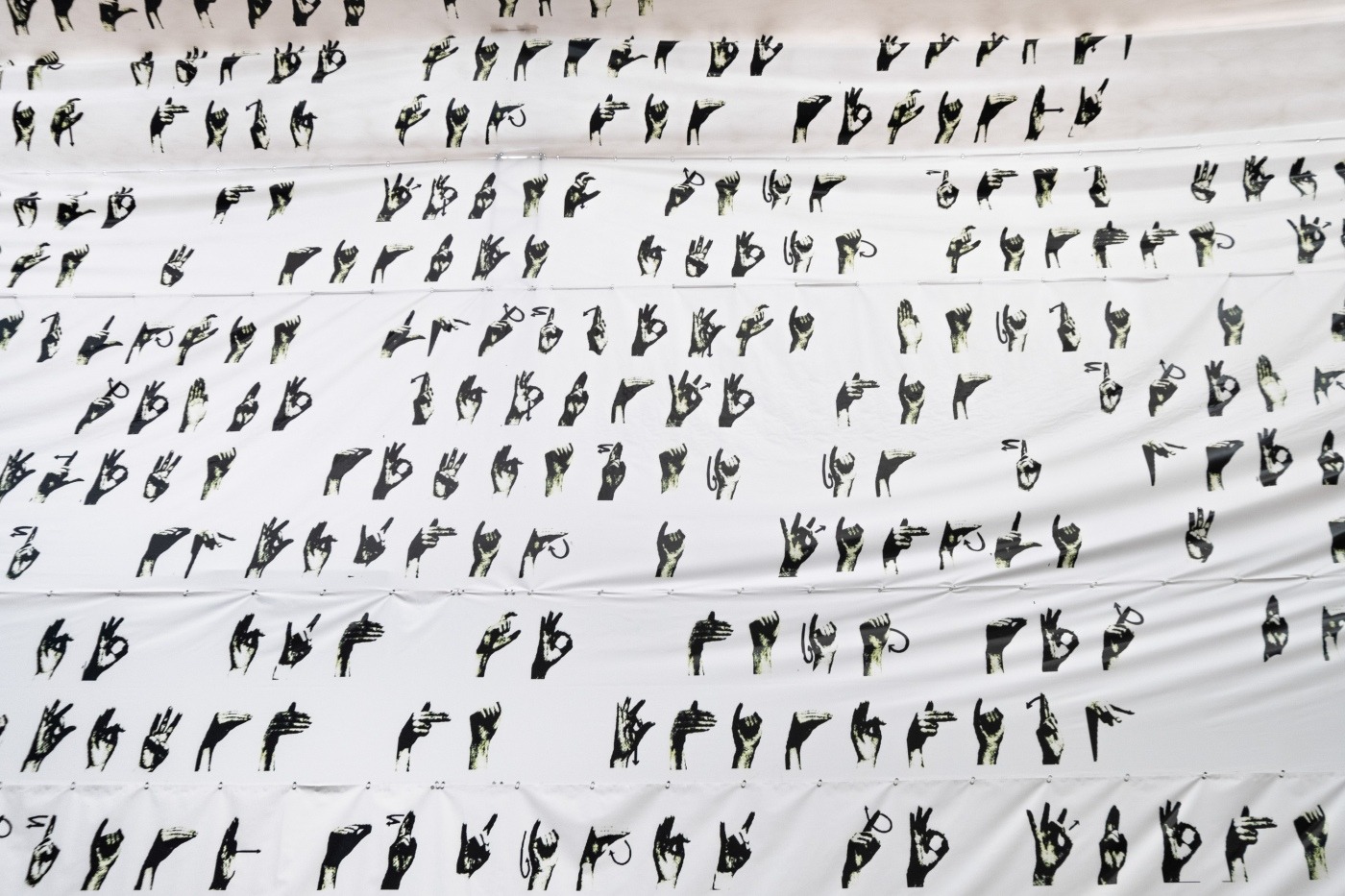 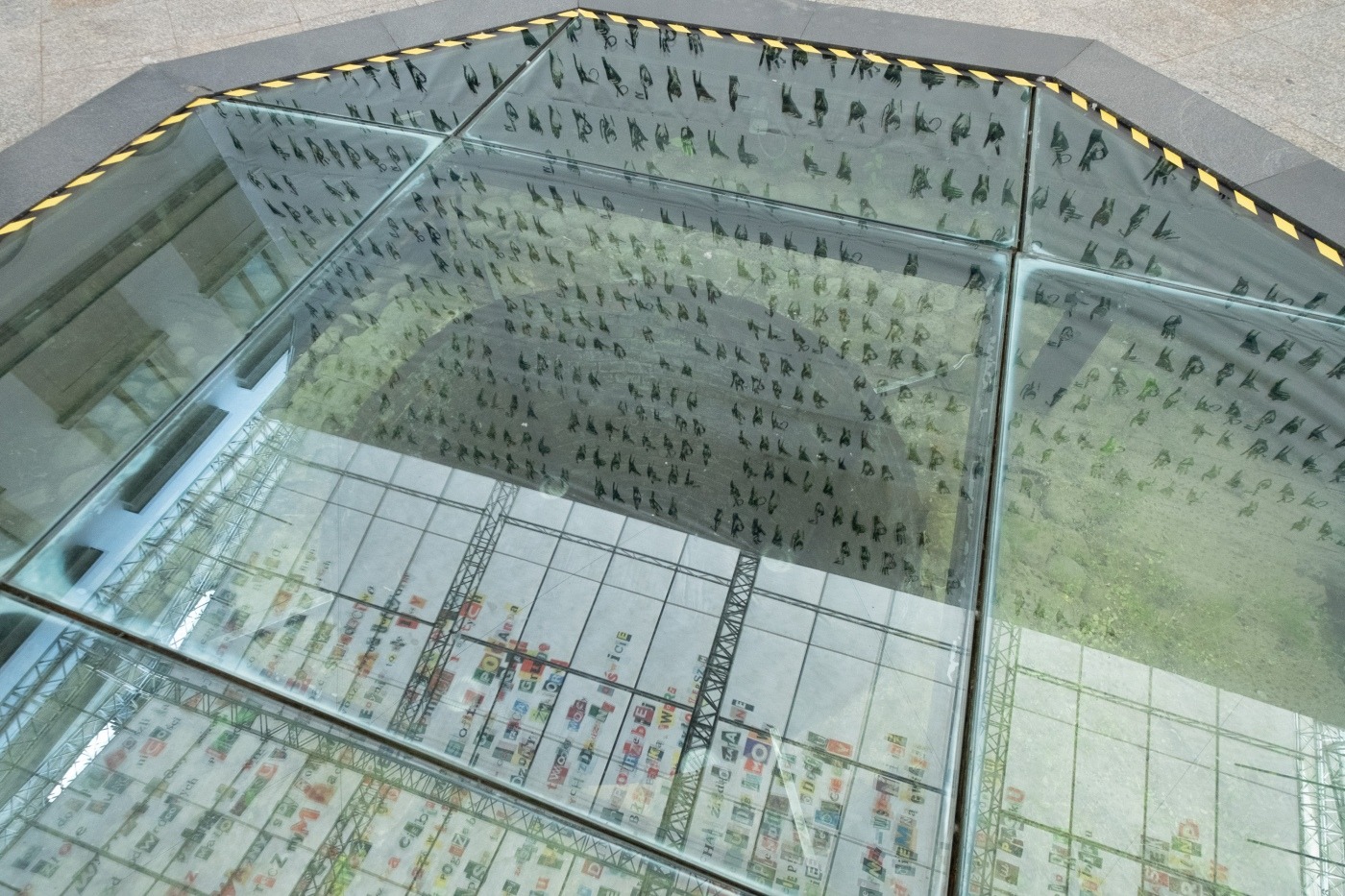 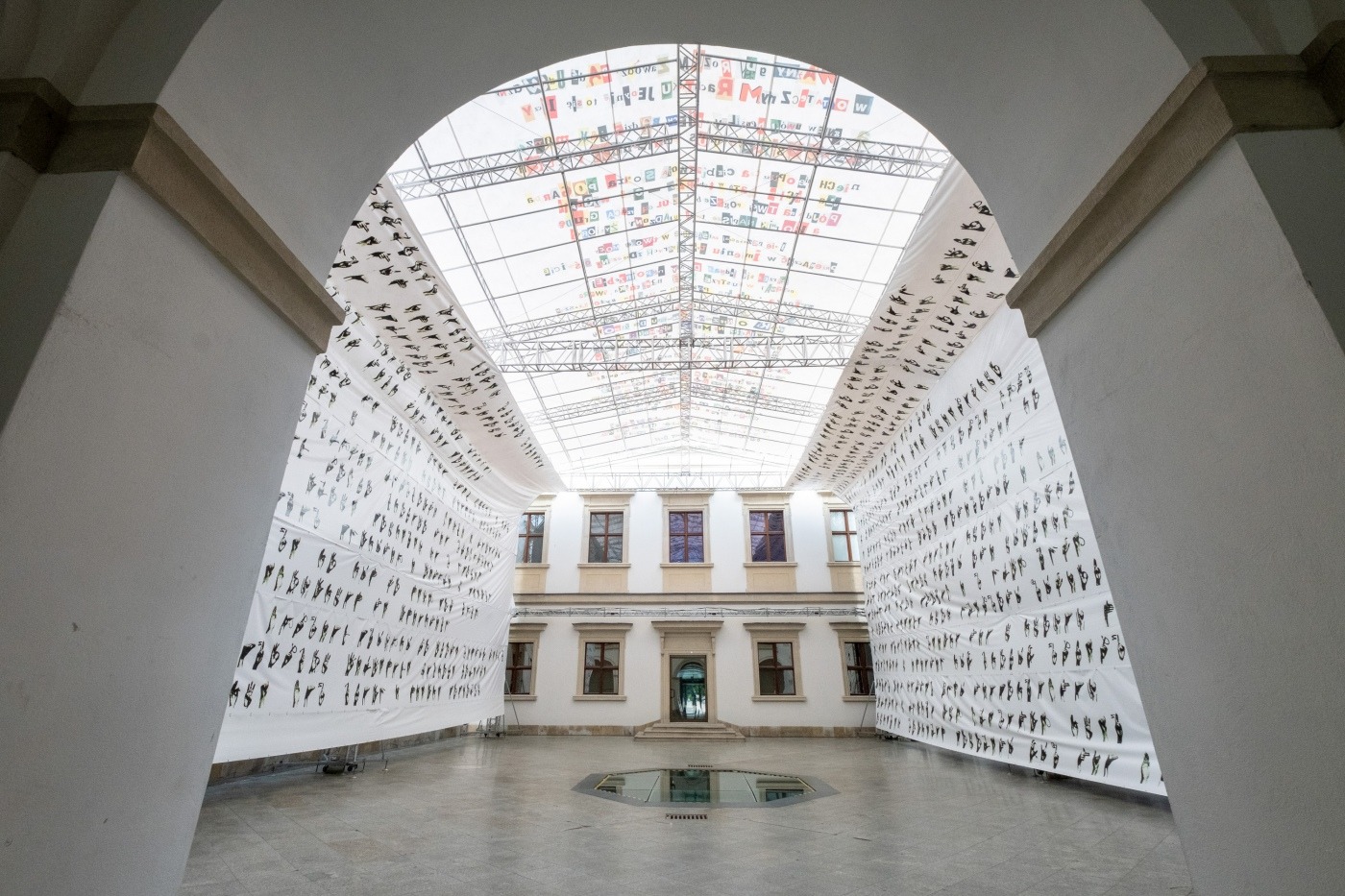 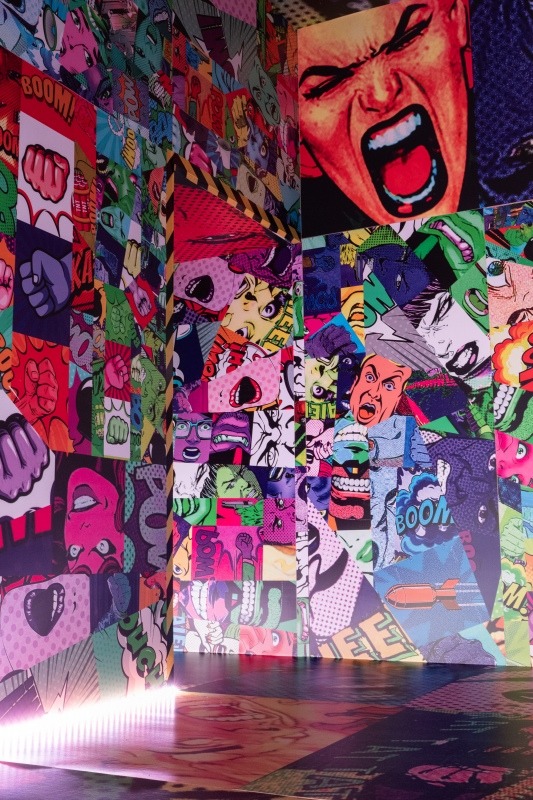 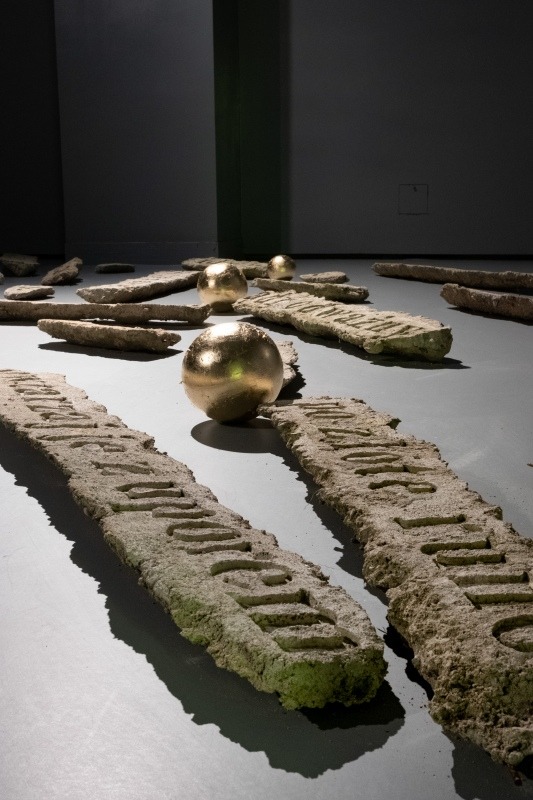 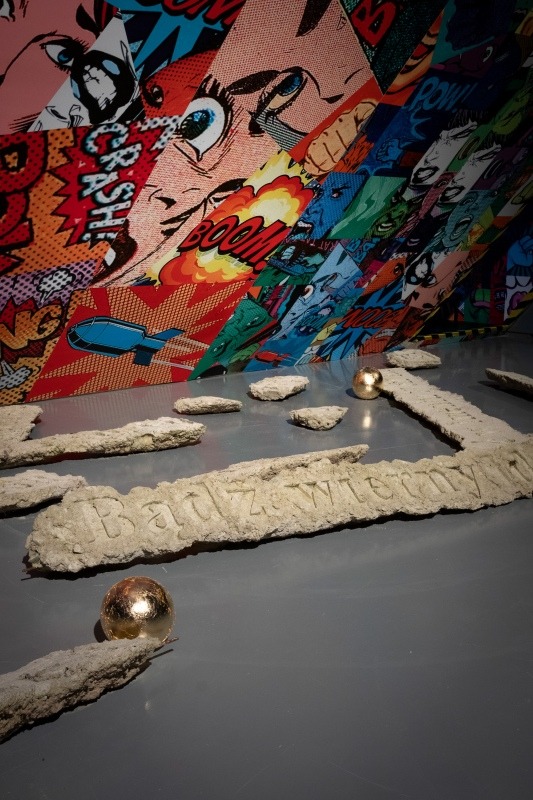 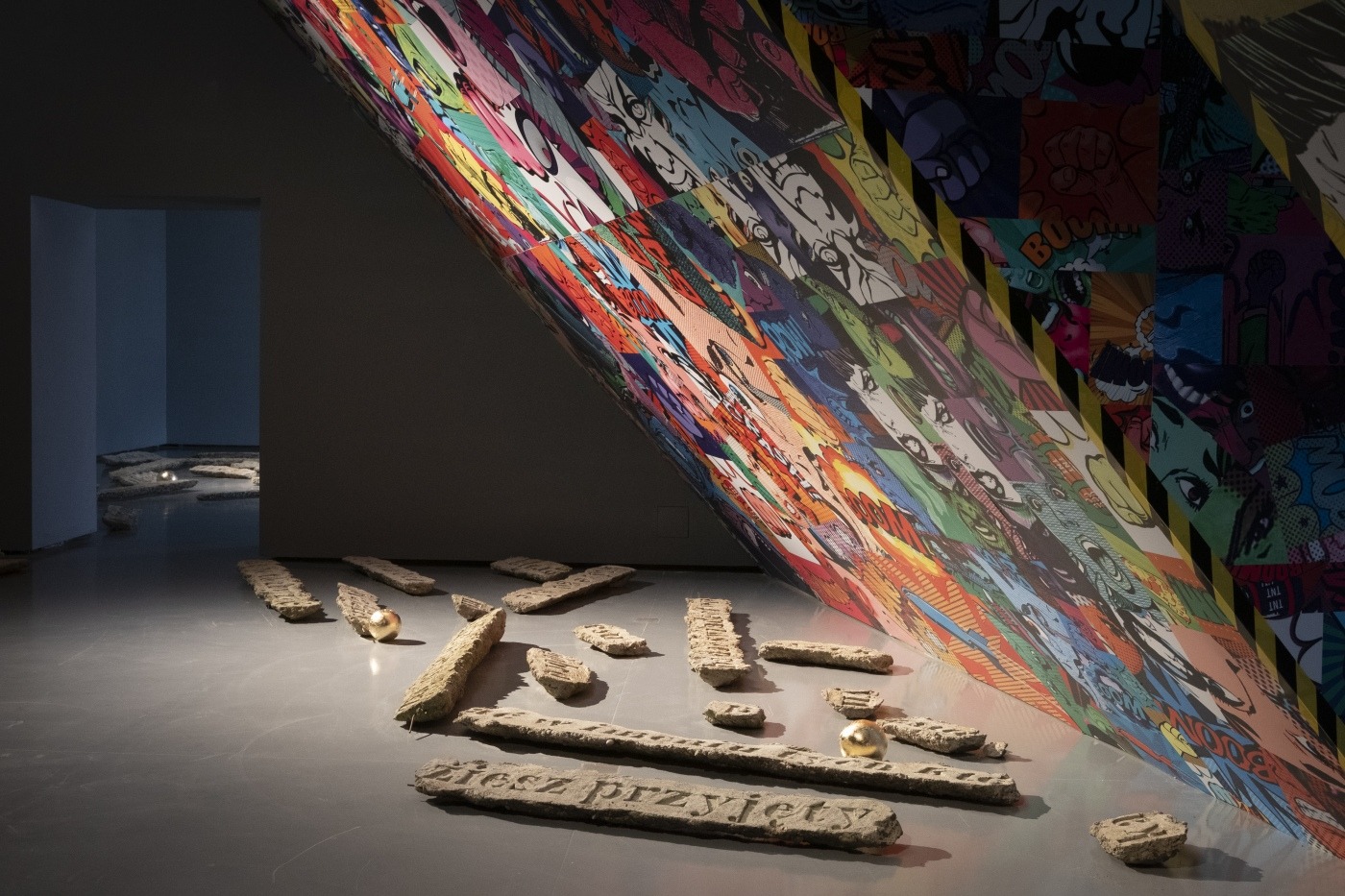 Installation views of Jacek Adamas exhibition ...Go at the Ujazdowski Castle Centre for Contemporary Art. Curator: Marcel Skierski.
The aim of the exhibition ...Go at Ujazdowski Castle Centre for Contemporary Art is to demonstrate the creative dialogue between the works of Jacek Adamas – the author of art installations and initiator of participatory actions in the public space – and the poetry of Zbigniew Herbert. Adamas literally brings the words of the poet to light, addressing their relevance in the current social context and in relation to individual responses to Herbert’s work. Adamas critically assesses the reception of the poet’s heritage, which is very often reduced to empty slogans resonating in the ears of every Pole. Most of these slogans are accepted without reflection and lack influence on the surrounding reality.

The arrangement of the exhibition is based on the reversal of the hitherto characteristic ways of displaying Adamas’ work. Typically presented on the streets of Polish cities, the artworks will be presented in gallery spaces in a manner resembling theatrical decorations. The ways in which visitors can move through the exhibition and the resulting narrative of the show reflect the intellectual effort necessary to absorb The Envoy of Mr. Cogito.

Adamas is one of the most important Polish critical artists. In 1993, he received a diploma in the studio of prof. Grzegorz Kowalski at the Academy of Fine Arts in Warsaw (Faculty of Sculpture). Adamas mainly creates public space installations that relate to the current socio-political context. In 2020, he received the annual Award of the Minister of Culture, National Heritage and Sport of the Republic of Poland.