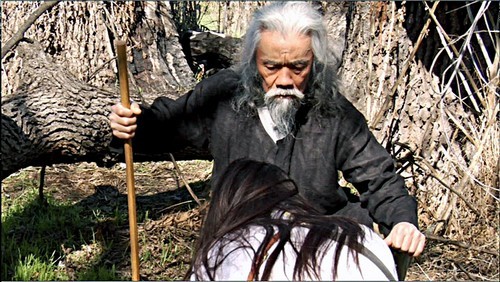 “Tales of the Valley of the Wind“

Damon Packard has written, directed, produced and starred in a prolific body of work over the past two decades. Highly influenced by a 1970s b-movie aesthetic, his pessimistic critique of the lack of creativity within the contemporary Hollywood system is seen in all his films: from the attack on George Lucas in his 'Untitled Star Wars Mockumentary' to his playful representation of a young Spielberg in 'Reflections Of Evil'. His films simultaneously pay tribute to influential peers such as Lars Von Trier and Alexander Sukurov, while commenting on the absurdity of the industry.