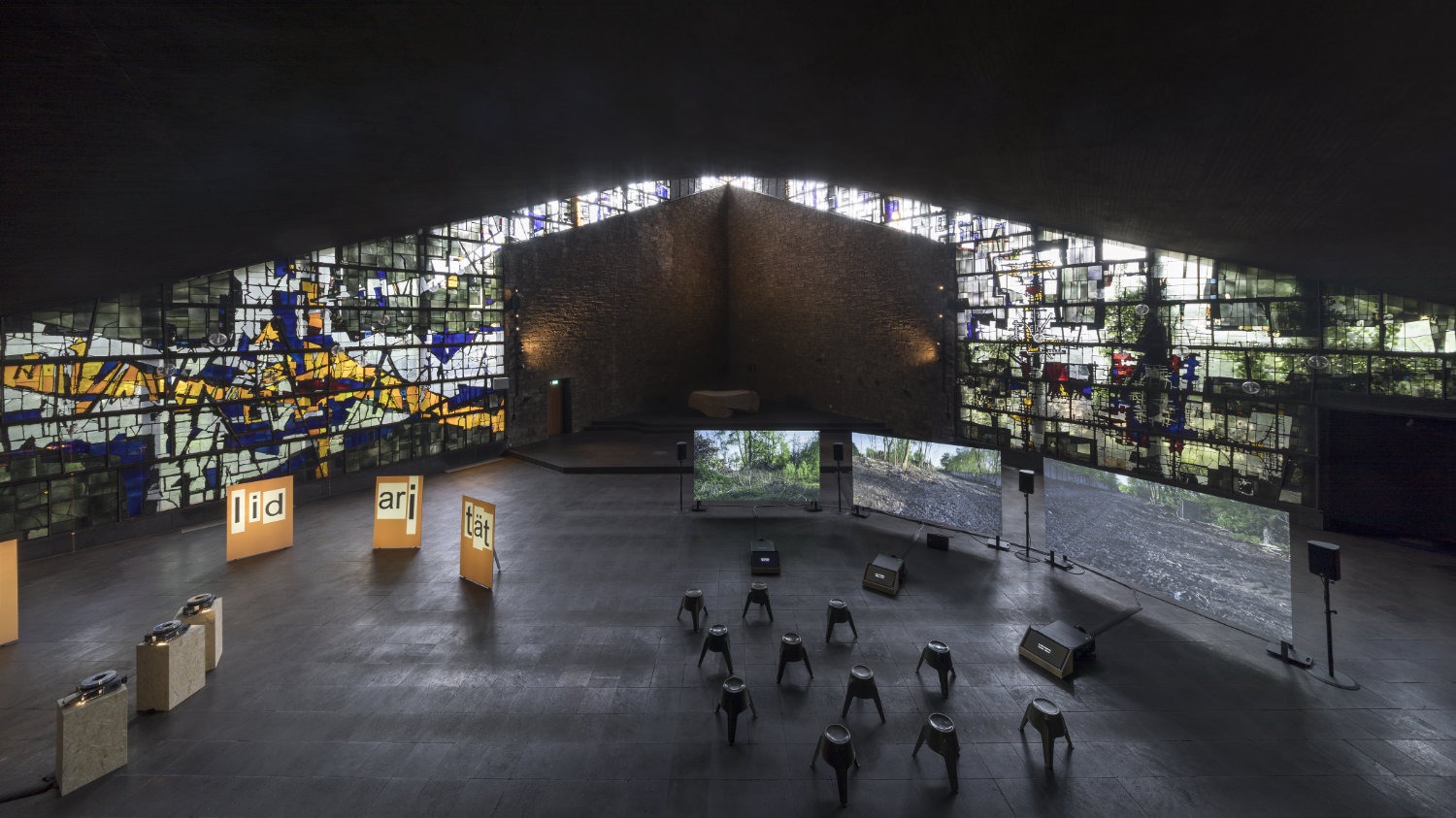 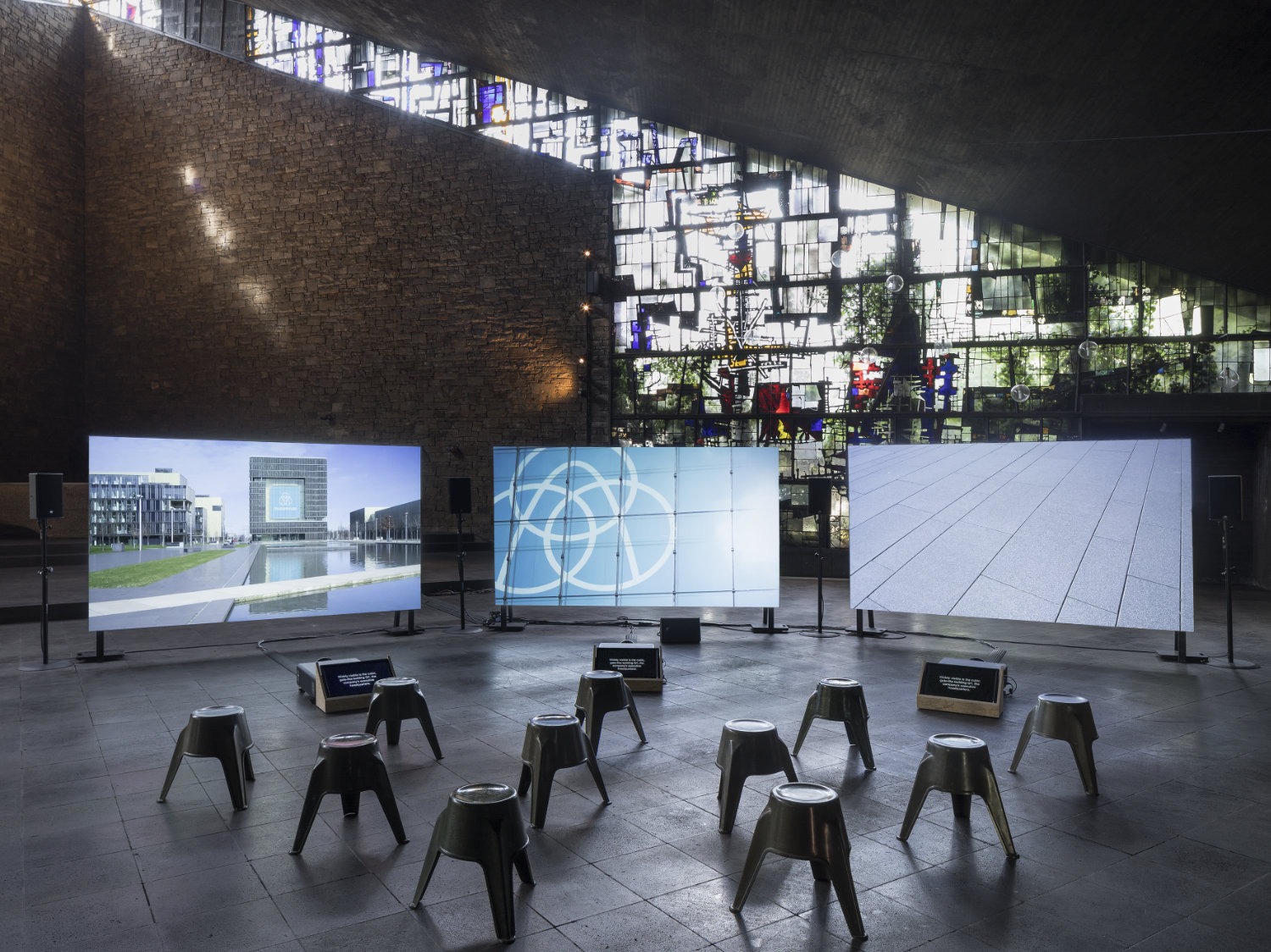 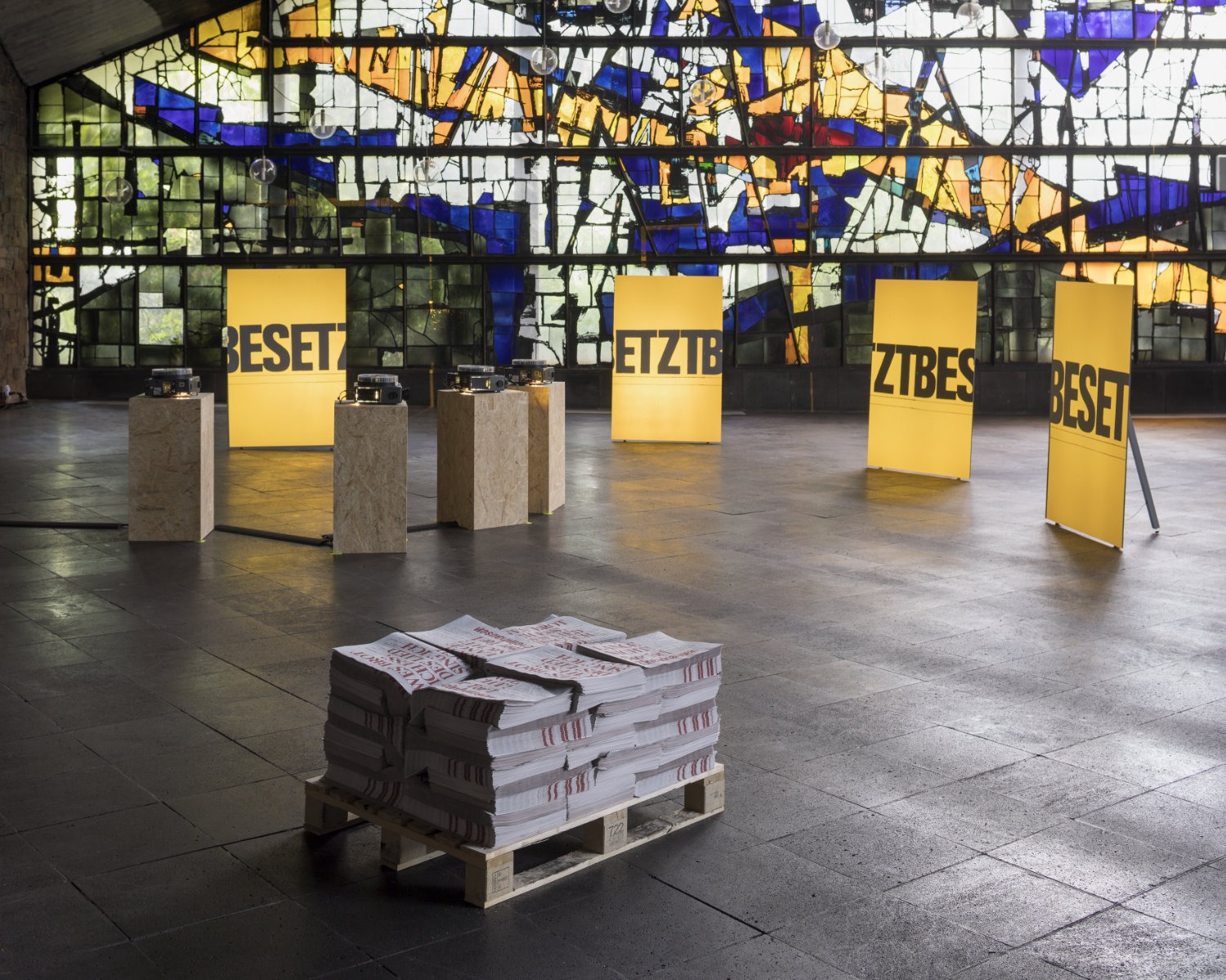 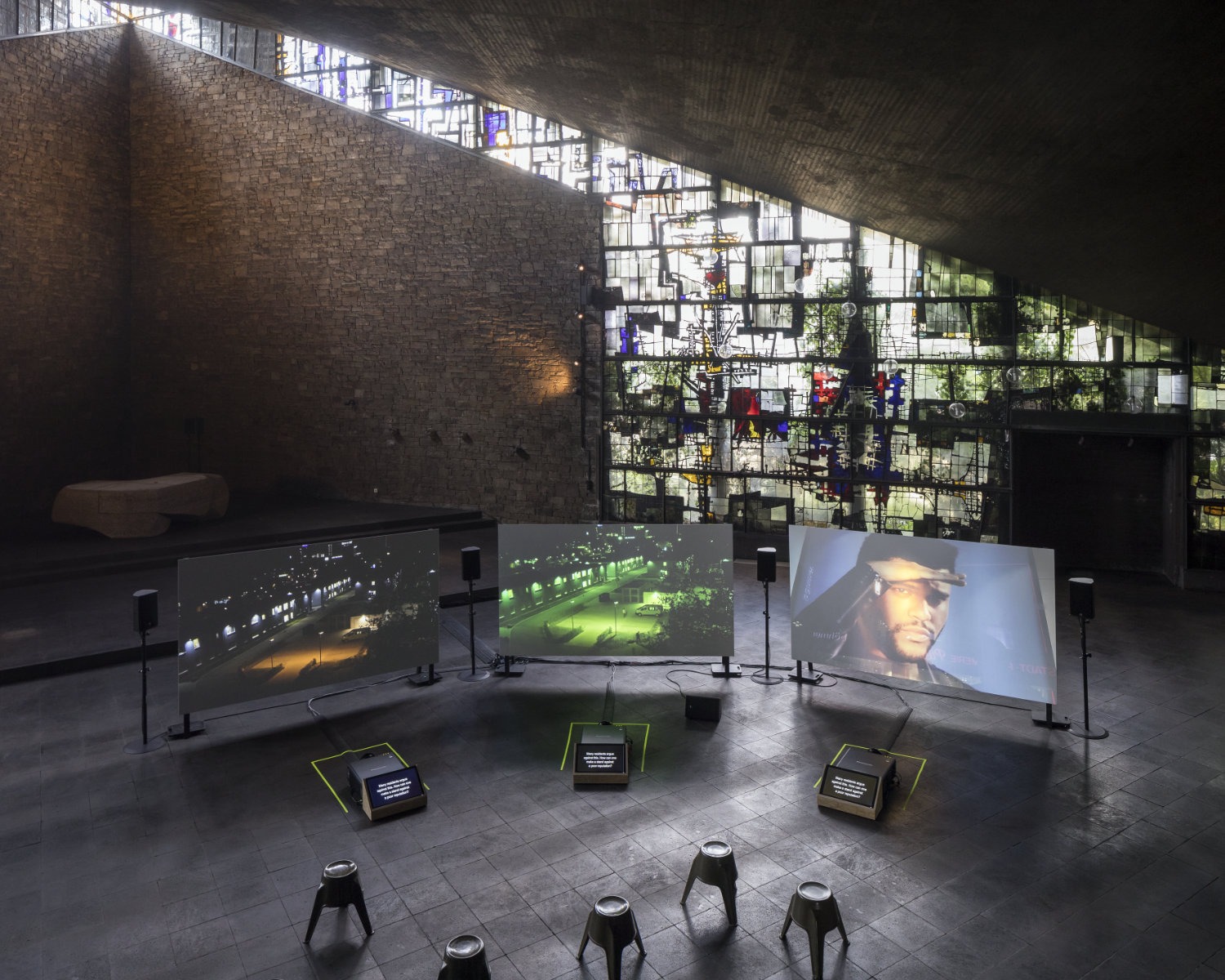 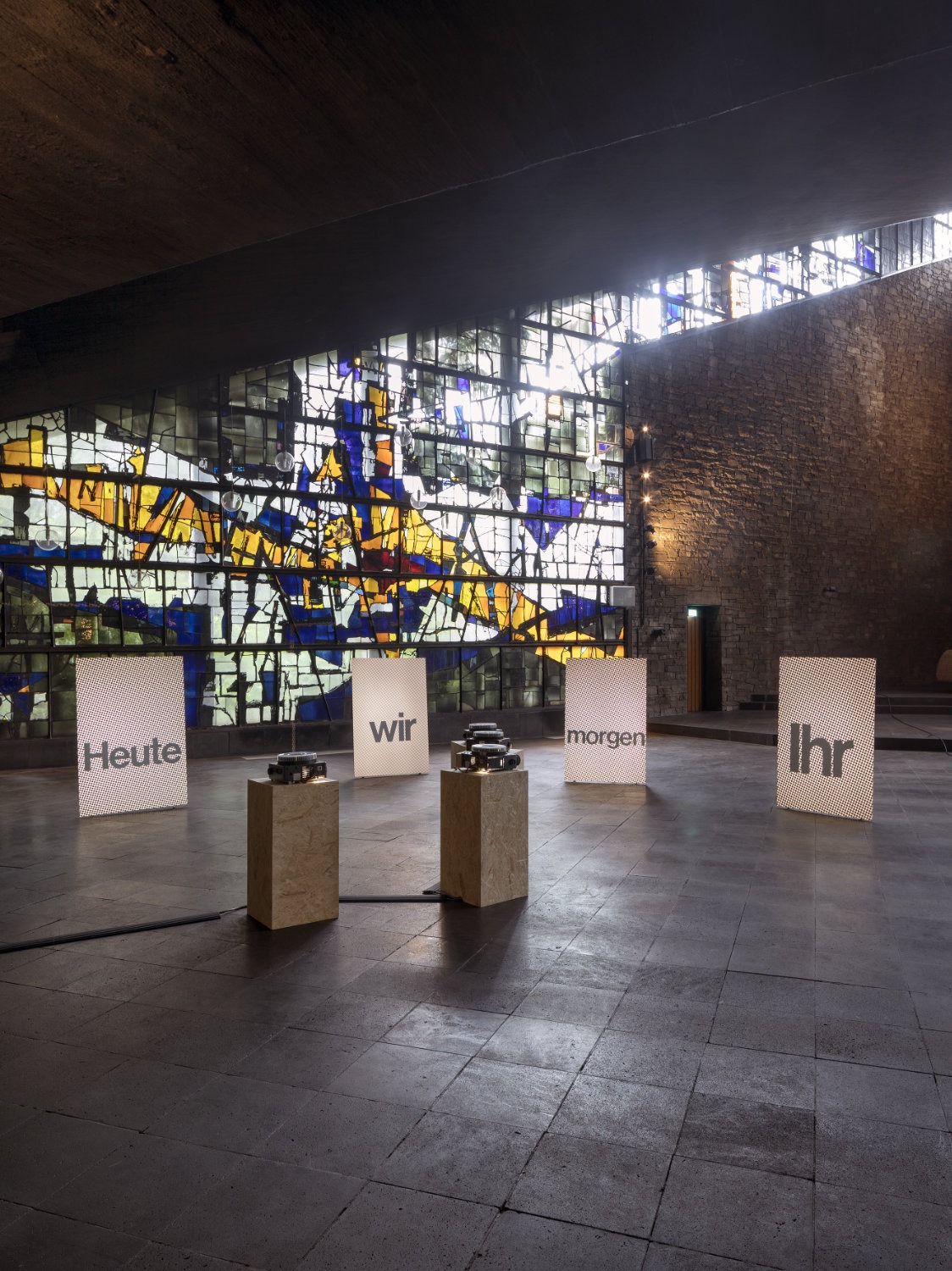 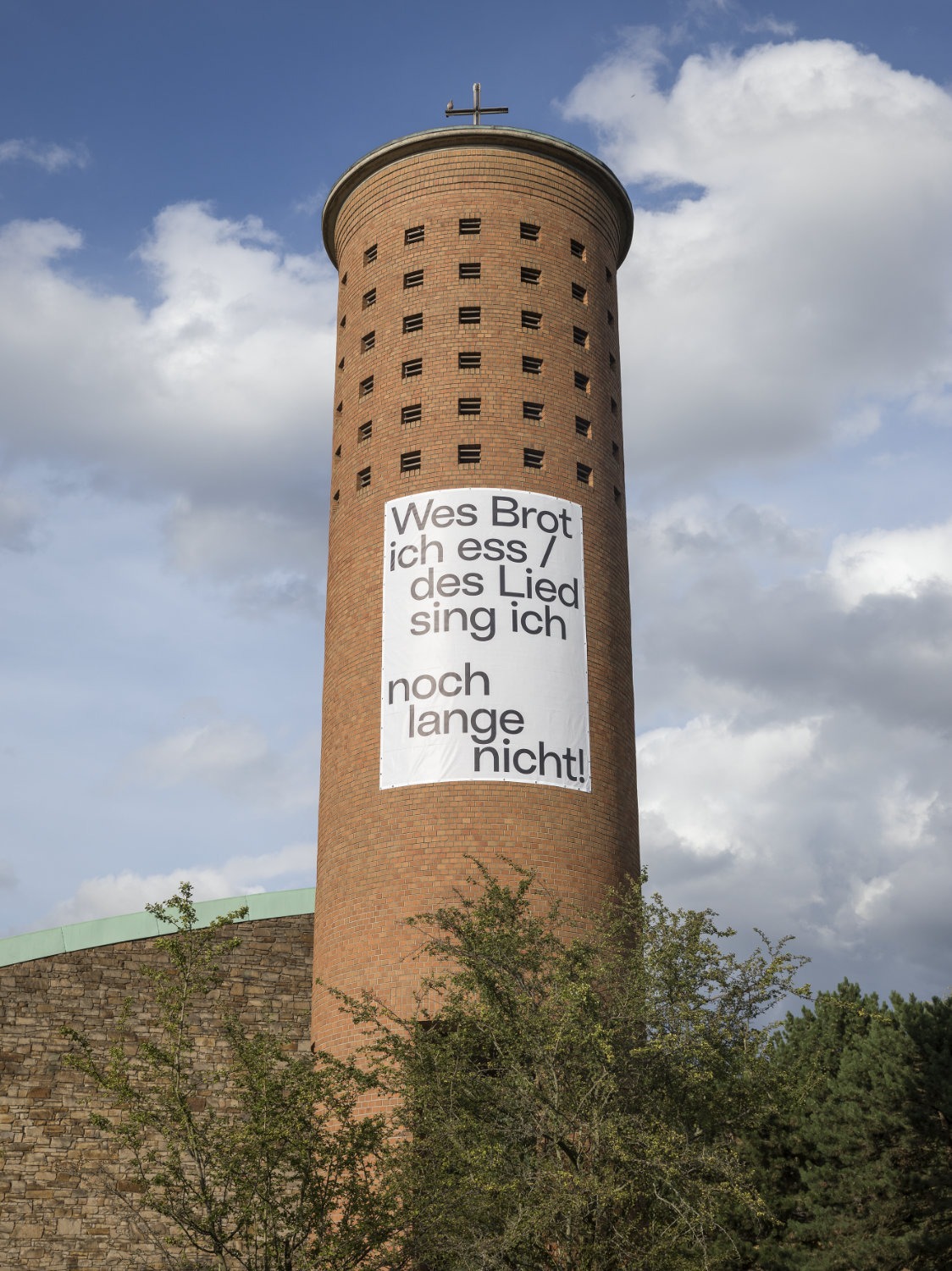 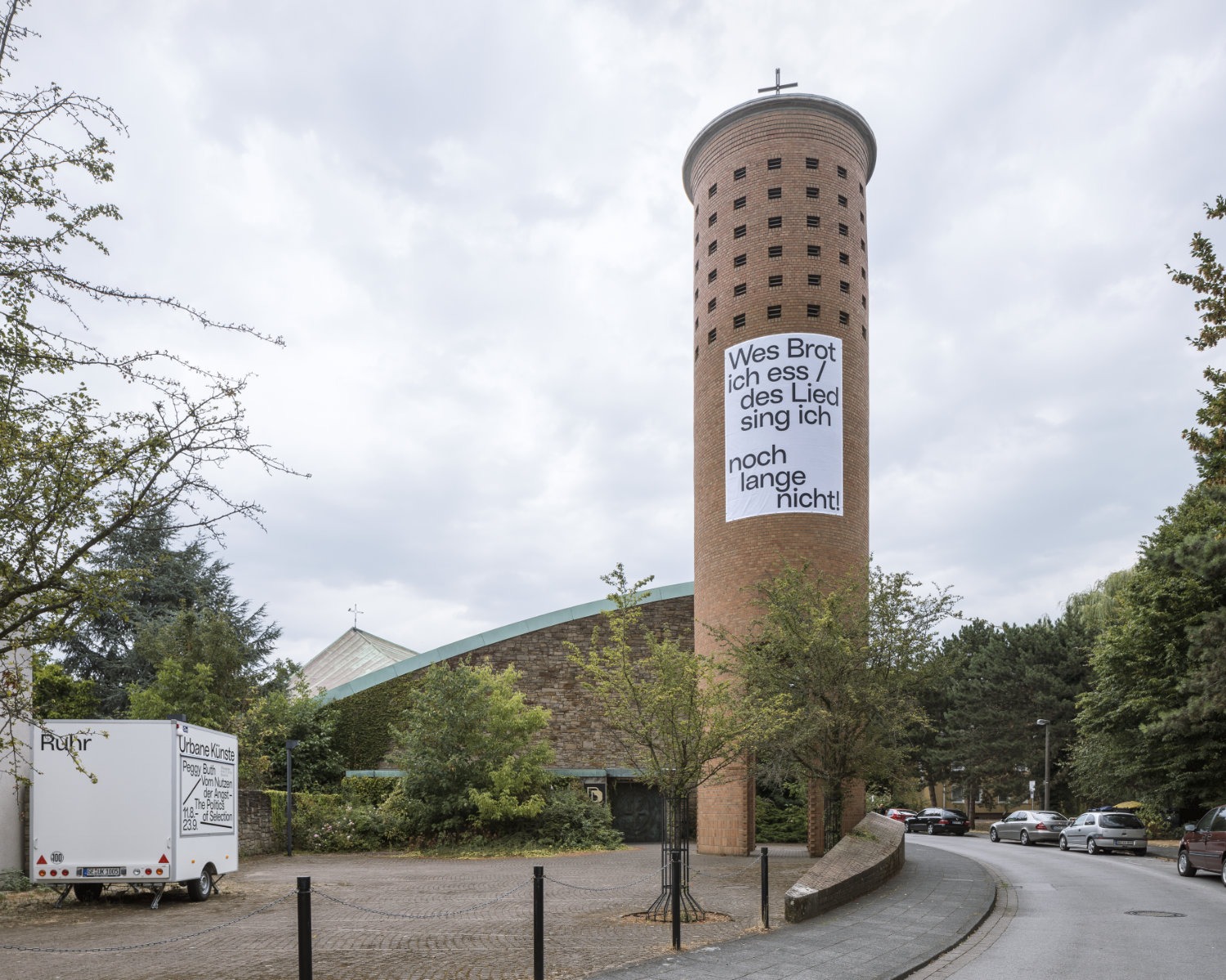 In her multi-part installation Vom Nutzen der Angst – The Politics of Selection (lit. About the Benefits of Fear) the artist Peggy Buth deals with the business culture of Friedrich Krupp AG, one of Germany’s largest and oldest heavy industry companies. The business culture of Friedrich Krupp AG has had a formative influence on a broad range of historical contexts and social relations in the Ruhr region, from private life to urban spaces. On the basis of archive footage, including articles from the company’s own newspaper and reports collected by the workers, Peggy Buth asks which story is being told by whom and from which perspective.

The exhibition is presented in the former church St. Barbara Duisburg-Rheinhausen, that was constructed in the early 1960s on the premises of the Rheinhausen AG coal and steel works. It stands in the middle of a workers’ housing estate, very close to the site where the industrial disputes of the late 1980s began. The church itself is a remarkable example of the path-breaking architecture of postwar Germany. It is named after the patron saint of the miners and situated in vicinity to the place where the Industrial action and mass strike of Krupp’s workers against the plant closure took its starting point.

Peggy Buth, who has held the position of Professor of Media Arts at the Academy of Fine Arts Leipzig since 2016, works in a conceptual and process-orientated manner in a wide range of media (including film, photography, sculpture and assemblage). She often presents her works in the form of large spatial installations that impressively reinforce the complex links between her themes. This will also be the case in St. Barbara’s church whose history and form will become a part of the installation.